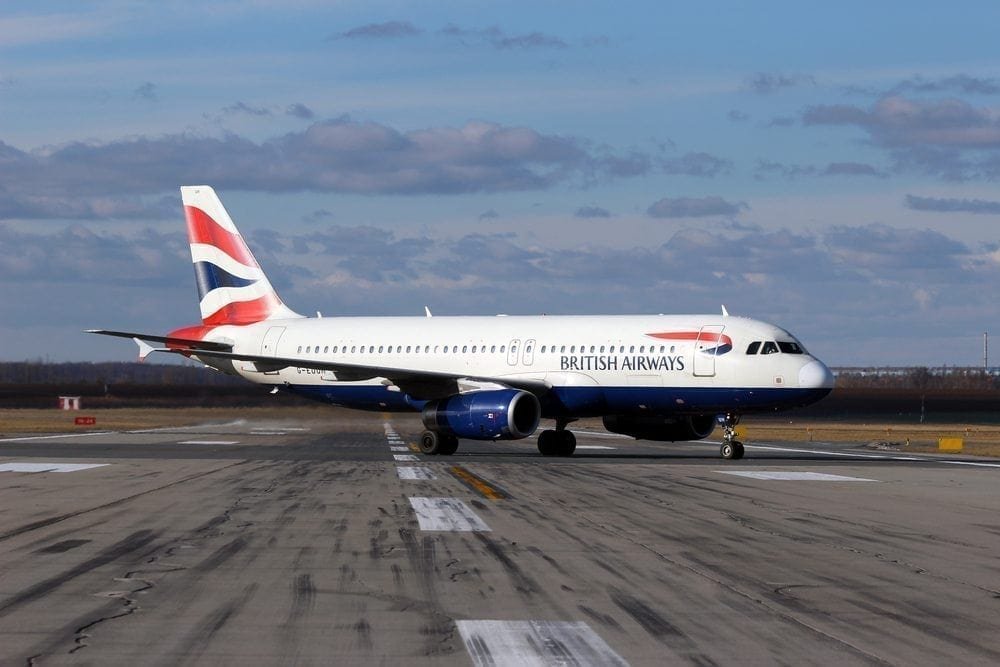 A new report by the International Council on Clean Transportation compares the fuel efficiency, and therefore carbon intensity, of the top 20 airlines on transatlantic routes between the United States/Canada and Europe for 2014.

It’s the first analysis to combine the highest quality publicly available and commercial operations data with sophisticated aircraft fuel burn modelling to benchmark the fuel efficiency of carriers on a passenger kilometre basis.

Norwegian Air Shuttle was the most fuel-efficient airline on transatlantic routes, achieving an average of 40 passenger kilometres per litre (pax-km/L) of fuel with its predominately Boeing 787-8 fleet.

Delta Air Lines, which had the largest transatlantic market share of any carrier, and Icelandair both provided the industry average fuel efficiency of 32 pax-km/L.

Many legacy carriers fell below the industry average, including the US carriers American Airlines, United Airlines and US Airways, along with Iberia Airlines and Alitalia.

The three least efficient airlines (Lufthansa, SAS, and British Airways) were collectively responsible for one-fifth of transatlantic available seat kilometres and burned 44% to 51% more fuel per passenger kilometre than the Norwegian Air Shuttle. 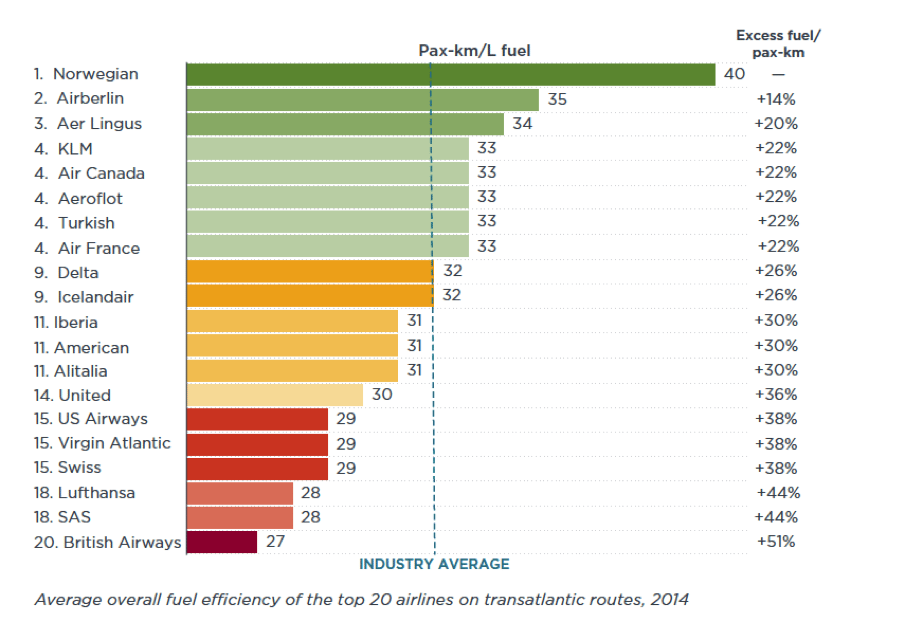 According to the report, airlines that have invested in newer aircraft are significantly more fuel-efficient on operations. Still, a non-stop return transatlantic flight averaged about one tonne of CO2 per passenger, equivalent to a 35-kilometre daily commute in a Toyota Prius over a work year.

The report also found that the impact of premium seating on emissions is substantial: first class and business seats accounted for only 14% of available seat kilometers flown on transatlantic routes, but approximately one-third of total carbon emissions.

‘It’s surprising to see such large differences in fuel efficiency among airlines on long-haul flights over the Atlantic. The airline you fly, and the aircraft they choose to operate, really matters if you’re concerned about the climate.

Dan Rutherford, ICCT’s program director for aviation and coauthor of the report

Aviation emissions are on pace to triple by 2050 – during which time many developed countries hope to reduce their emissions by up to 80%.

If global aviation were a country, it would rank 21st in terms of GDP, but 7th in terms of CO2 emissions – just behind Germany and well ahead of South Korea. Globally, aircraft emitted about 700 million metric tons of CO2 in 2013.

Next month, COP21 delegates will meet at Paris’s Le Bourget Airport. Among other issues, they will discuss how to incorporate greenhouse gas emissions from international aviation into a global climate protection framework.

The International Civil Aviation Organization (ICAO) has committed to develop a global framework — an aircraft CO2 (efficiency) standard and a framework for market-based measures (MBMs) — for controlling CO2 emissions from aviation by 2016. But the process to develop an MBM has been hampered by disagreements over how to equitably distribute reduction targets by country or carrier.