THE TOP FIVE GREEN POLICIES THAT WEREN'T IN THE BUDGET 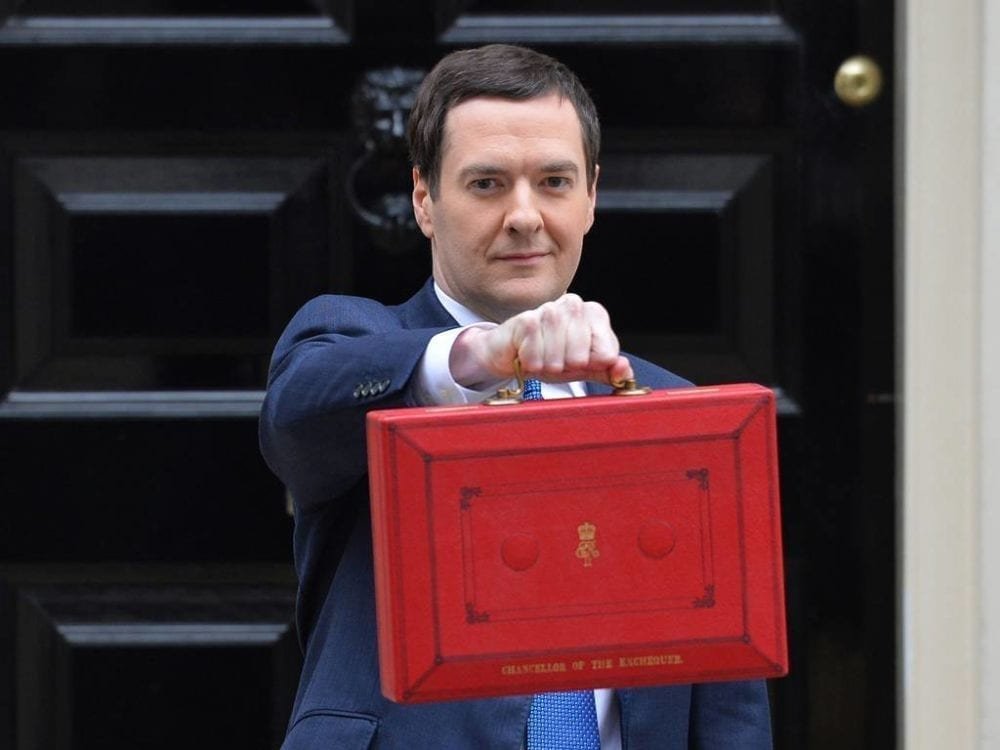 Back in 2009, George Osborne said that if he became chancellor, the Treasury would ‘become a green ally, not a foe.’ To clarify what Greenpeace would expect of a ‘green ally’, the charity has outlined what Osborne should have announced in his sixth Budget as Chancellor – the last of the current Parliament.

Providing better insulation for Britain’s drafty homes is a win-win-win strategy. It can lower energy bills, slash carbon emissions and boost energy security all at once. Yet the Green Deal, the government’s flagship policy on efficiency, has been a complete fiasco, delivering just a fraction of the home improvements it was meant to accomplish.

What we need is an ambitious programme that uses money levied on the big polluters to give millions of British homes an efficiency makeover.

An end to fossil fuel subsidies

The coalition pledged to use export subsidies to champion Britain’s clean technologies, ‘instead of supporting investment in dirty fossil-fuel energy production’. But ministers ended up doing the exact opposite.

For every £1 going to green energy projects, £300 went to fossil fuel developments, including Russian coal mining, the Saudi oil industry and even Gazprom. What we need is a binding commitment preventing any future government from wasting more taxpayers’ money on the dirty industries that are fuelling climate change.

‘The move towards a low-carbon economy has to be handled carefully so that workers in obsolete industries are not abandoned to the mercy of the markets. But there’s no point fooling ourselves that North Sea oil has a long-term future. Ministers should make sure subsidies given to declining industries are smoothing the shift to a greener and more energy efficient economy, and not wasting taxpayers’ money in a futile attempt to turn back the clock.’

The announcement of some progress on a new tidal lagoon scheme is welcome, but hardly makes up for five years of neglect. While fracking got the red carpet treatment and ailing oil giants received tax breaks worth billions, renewables have been mostly hit by subsidy cuts, planning hurdles, and general sniping from Tory ministers. This is despite falling costs, improved technologies and huge investments by the likes of China and the US.

As a result, Britain’s pull as a magnet for green investments has hit a 12-year low, and the UK is now lagging behind every other EU country in meeting its renewable targets. What we need is a long-term plan to ensure stability and continuity after 2020, giving business the necessary confidence to invest in the UK.

‘Announcing some progress on a new clean technology like tidal power is a welcome move, but the UK’s renewable industry needs a long-term strategy not just a belated wink to green voters. This eleventh-hour move hardly makes up for six budgets of business bungs for fracking, tax breaks for oil giants, and neglect for the green technologies of the future. Osborne’s tenure at No 11 has weakened Britain’s appeal to green investors, and we’re now lagging behind every other EU country on delivering renewable energy targets. It’s a disappointing legacy for the man who once promised to turn the Treasury into a ‘green ally’ for the fight against climate change.’

Triggered by the wettest winter in over two centuries, last year’s floods brought misery to thousands of people across the country, exposing its vulnerability to climate change. The UK government was caught off guard, with a flood defence budget already dented by spending cuts and an environment secretary not up to the job.

A year on, ministers don’t seem to have learned the lesson and flood protection budgets are still showing a £600m black hole. What we need is a comprehensive programme to shore up Britain’s resilience against the threats of climate change.

Support for community energy should be the ultimate no-brainer. Allowing communities to take control of their energy needs will help lower energy bills, boost homegrown clean energy and challenge the Big Six stranglehold.

Yet the same government that coined the Big Society slogan and clamoured for more competition has stymied the citizen-led energy revolution by blocking energy co-ops and scrapping business incentives for community projects. What we need is a full plan to remove the obstacles faced by smaller community projects in trying to gatecrash the cosy club of the big energy firms.

Click here for the full Budget document. A government summary can be found here.