Displace is the new replace

Justin Sutton-Parker explores the sustainability capabilities of the displacement strategy 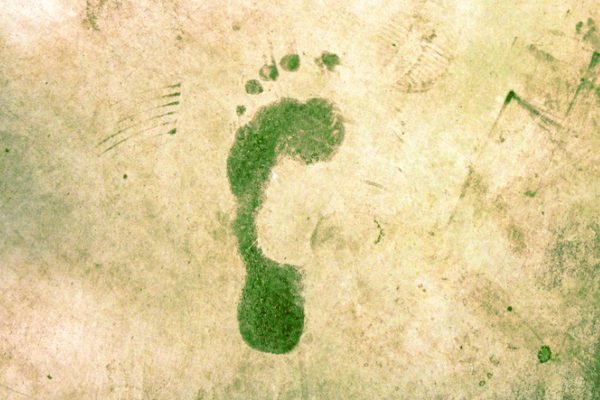 In fact, in 2020 demand was so high that the number of shipped end-user computing units exceeded 450 million for the first time, representing the highest growth in 10 years.

Coupled with resource and manufacturing restraints caused by illness, travel and work restrictions, the excess demand also caused a shortage in the chipsets required to make devices compute.

Faced with the prospect that supply might be cut off, many businesses turned to alternative methods to extend the useful life of existing IT equipment and produce immediately available ‘office in a box’ secure home-working solutions.

Instead of seeking out new mobile or desktop devices to duplicate an office environment elsewhere, ‘thin client’ computers are created from existing devices and connected to IT services via the internet. Such a resourceful strategy could not only ride the supply constraint wave but also offer instant productivity and reduce internal costs.

In addition to the obvious impacts on people and profit, this kind of move also brings a third (and often masked) planet-focused benefit: avoiding the carbon footprint of creating a new replacement device. In sustainability terms this strategy is known as displacement.

A good example of displacement occurred recently at a global financial services organisation, where a large workforce is now working remotely.

Instead of making a knee-jerk hardware procurement, the in-house IT team – together with international software and thin client manufacturer IGEL – made a considered and resourceful decision.

3,150 desktop computers, destined to be decommissioned and replaced due to an out-of-support operating system (OS) that was causing sub-optimal performance, were given a new life.

In the spirit of ‘displace and not replace’, the team and IGEL agreed to remove the existing Windows OS and replace it with the IGEL OS, which is based on a Linux code that requires lowered compute power to operate.

The rationale was that the performance of the device would improve, ensuring the new remote access points were fit for purpose during the ongoing pandemic.

Slashing emissions with IT

In this instance, by not buying like-for-like new desktop devices, the finance-focused company avoided embodied greenhouse gas (GHG) emissions of 685,773kg CO2e. In a real-world context, this is equivalent to the pollution caused by driving an average car for just over 2,485,000 miles.

Perhaps more astonishingly, it would take 823 acres of mature forest to sequester the amount of carbon that was avoided.

This second point is perhaps of key interest considering COP26, which will this year be hosted in the UK where the company is based.

‘Net zero’ is a term often used to position a solution to the issue of global warming. The idea is that if equal actions, such as tree planting, are taken to offset our carbon emissions, then we will have built a more sustainable world that creates anthropogenic interference with one hand and clears it away with the other.

Naturally, there is a counter-argument that a tree’s potential to capture carbon will be realised when it reaches maturity, not when it is planted.

Perhaps, as with this example of reuse, avoiding the impact of new carbon footprints in the here and now will help to accelerate the concept of net zero by limiting emissions growth.

The re-imaged devices fulfilled expectations and delivered the remote working experience with an increase in performance. However, improvement wasn’t restricted to productivity – it also began to emerge in the form of reduced electricity consumption.

In fact, extensive power-draw analysis conducted by sustainable IT consulting specialists Px3 highlighted that by working with the new IGEL OS, the average device energy demand was reduced by 22%.

During the 20 months to date that the converted computers have been in operation, almost 20,000kg CO2e GHG emissions have been abated through reduced electricity consumption.

Reverting back to tangible analogies, such reductions mean that the equivalent pollution of driving over 72,000 car miles were never emitted into our atmosphere.

Perhaps equally interesting is that these revitalised IGEL OS devices not only reduced energy consumption and supported displacement, they also ensured that secure and productive work could be conducted from home.

During the same 20 months, commuting to access IT did not occur for over 3,000 workers. Considering that the average commuter creates 1,031kg CO2e per year in transport emissions, their carbon footprint was cut by an estimated 5,412,750kg CO2e – the equivalent of 19.6 million car miles.

Remote working will most likely harmonise at two days per week, but the abatement already achieved releases an impressive 6,495 acres of forest from sequestering duty, suggesting that prevention is clearly more effective than offset.

All technology inevitably requires replacement; as innovation accelerates, our computers finally become obsolete or simply fail beyond repair. At this point, informed choice is essential for prudent economic procurement decisions that include sustainability as a criterion.

Research highlights that manufacturing and transport emissions generate approximately one half of end-user computing emissions; the electricity used to power computing devices emits the other half, with recycling squeezed in between at approximately 1%.

Considering that devices such as notebooks and desktops create 1% of our global annual GHG emissions, if we all acted in concert and made better buying choices then one hundredth of our global warming source could be mitigated.

One sustainable option is to pair the IGEL OS with a desktop device that offers a small carbon footprint from both an embodied and use perspective, such as an HP T640 thin client.

115kg CO2e of GHG emissions are required to create and ship a single device, meaning the environmental impact is approximately one-third less than the industry average.

In the context of the previous financial organisation, should the company eventually replace the repurposed devices to continue remote working capabilities, then selecting the HP T640 with an IGEL OS would deliver an abatement of over 850,000kg CO2e of embodied emissions compared with a standard device.

Add to this the incredibly low electricity required to power the thin client during a standard working day, use-phase emissions could also be reduced by as much as 75% when compared with similar desktop computers.

From a retention perspective of five years, when combined with the embodied abatement, the equivalent pollution created by driving over 370,000 car miles could be avoided through simple considered choice.

The next time you think about replacing an end-user computing device, remember to consider two things before you commit to a purchase. Always examine the carbon footprint of any IT product before you buy it but first – and even more importantly – decide whether displacement would be a feasible alternative. It could become the new ‘replace’ in the fight for net zero.