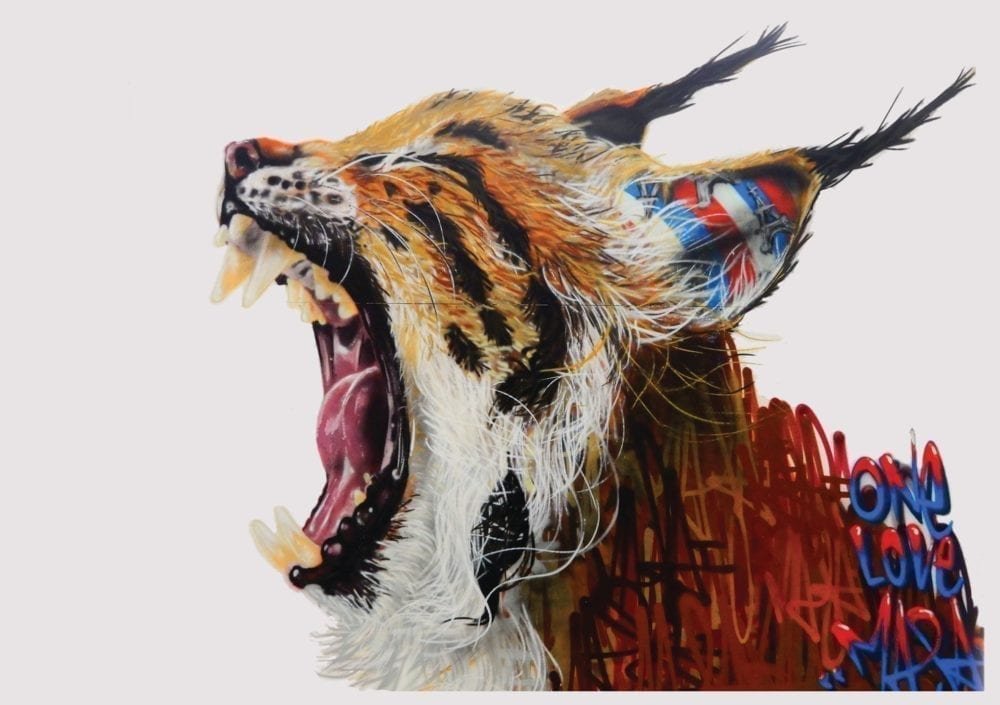 Nearly a quarter of the world’s species are now endangered or extinct – so 13 artists are staging a live painting event to call for their protection.

The ENDANGERED 13 event, produced by Human Nature and Louis Masai, will see some of the UK’s top artists take on a 120 metre stretch of railway arches in London’s Tower Hamlets.

‘With ENDANGERED 13 we’re uniting many creative minds, building a community around an ever increasing global concern: the environment. Each artist will bring their own approach but we are united in calling for change. We want to see these species rise in number and their natural habitats saved within the next ten years. It’s one of the most critical issues for our generation.’

According to the International Union of Conservation of Nature (IUCN) there are currently 23,250 species listed as threatened (critically endangered, endangered or vulnerable).

It’s widely predicted that as many as two-thirds of all species could be near extinction by the end of this century – but some are now rising in population due to increasing concern about the extinction crisis.

Co-ordinated conservation efforts include the protection of natural habitats and prevention of destructive practices such as illegal hunting.

‘ENDANGERED 13 brings together some of the UK’s most talented artists, reflecting a growing concern about our relationship with Nature. Our mission is to help to create a more sustainable future together with artists. We believe their voice is crucial in exploring some of the world’s biggest issues, so it’s great to get this project off the ground.