How green are conservationists?

Nobel laureates speak up for climate

New study compares the eco-footprints of conservationists, medics and economists

Conservationists work to save the planet, and few are as knowledgeable when it comes to the environmental pressures of the Anthropocene.

But the first wide-ranging study to compare the environmental footprints of conservationists with those of other groups – medics and economists, in this case – presents some surprising findings.

It reveals that, while conservationists behave in a marginally ‘greener’ manner, the differences are pretty modest.

Researchers say their findings add to increasing evidence that education and knowledge has little impact on individual behaviour when it comes to major issues such as the environment and personal health.

From pets to diets

Conservation scientists from Cambridge and Vermont universities gathered data on a range of lifestyle choices – from bottled water use to air travel, meat consumption and family size – for 734 participants across the three groupings.

They found that fellow conservationists recycled more and ate less meat than either economists or medics, were similar to the other groups in how they travelled to work, but owned more cats and dogs.

The combined footprint score of the conservationists was roughly 16% less than that of economists, and 7% lower than the medics.

‘As conservationists we must do a great deal more to lead by example. Obvious starting points include changing the ways we interact, so that attending frequent international meetings is no longer regarded as essential to making scientific progress. For many of us flying is probably the largest contributor to our personal emissions.’

Nevertheless the average conservationist in the study’s sample took nine flights a year (half for work, half personal), ate meat or fish five times a week and purchased very few offsets to their personal carbon emissions.

In fact, researchers found little correlation between the extent of environmental knowledge and environmentally friendly behaviour.

‘While it may be hard to accept, we have to start acknowledging that increased education alone is perhaps not the panacea we would hope… Interestingly, conservationists scored no better than economists on environmental knowledge and awareness of pro-environmental actions.’

Overall footprint scores were higher for males, US nationals, economists and people with higher degrees and larger incomes, but were unrelated to environmental knowledge.

The study also found that greener action in one aspect of a person’s life did not predict it in any others – regardless of occupation. So a positive and relatively simple habit such as recycling did not appear to act as a ‘gateway’ to more committed behaviour change.

The team suggest that overall improvements might be most effectively achieved through tailored interventions. This would involve targeting higher-impact behaviours – such as meat consumption and flying – through government regulation and by incentivising alternatives.

‘Structural changes are key. For example, providing more affordable public transport, or removing subsidies for beef and lamb production. Just look at the effect of improved collection schemes on the uptake of recycling.

‘The idea of ‘nudging’ – encouraging particular choices through changes in how cafes are laid out or travel tickets are sold, for instance – might have untapped potential to help us lower our footprint.’

The study’s four authors admit that, between them, they have seven children, took 31 flights in 2016 and ate an average of two meat meals in the week before submitting their study – now published – to the journal Biological Conservation.

‘I don’t think conservationists are hypocrites, I think that we are human – meaning that some decisions are rational, and others, we rationalise.

‘Our results show that conservationists pick and choose from a buffet of pro-environmental behaviours the same as everyone else. We might eat less meat and compost more, but we fly more – and many of us still commute significant distances in gas cars.’

Fisher says the study supports the idea that ‘values’ are a key driver of behaviour. Across the professions, attaching a high value to the environment was consistently associated with a lower footprint: fewer personal flights and less food waste, for example.

Click here to read ‘The environmental footprints of conservationists, economists and medics compared’.

The ‘Amazon of Europe’ 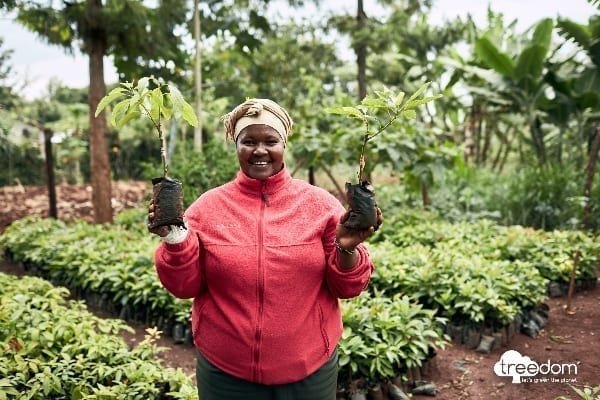