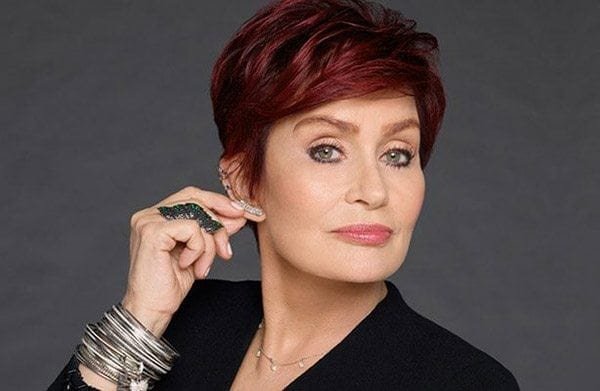 It takes a lot to make it onto Sharon Osbourne‘s naughty list – and Harvey Nichols has taken the top spot this Christmas.

Sharon sent a sack of coal to the department store’s CEO Stacey Cartwright, along with a letter explaining that while the pile of sooty rocks has made its way to the store, she will not be seen there – until the retailer stops selling fur.

‘I was shocked to learn from my friends at PETA that Harvey Nichols has abandoned its decade-long no-fur policy. This officially puts you at the top of my naughty list (which is truly saying something!), so I thought it apt to send you a sack of coal.’

Harvey Nichols hides behind a marketing ploy called ‘Origin Assured’, which was created by the fur industry itself following years of plummeting sales.

Fur from farms in 29 countries can potentially be labelled ‘Origin Assured’ simply because these countries have environmental standards, animal-welfare laws or best-practice guidelines – but whether or not these regulations are enforced isn’t taken into consideration.

‘I used to wear fur before I became aware of the cruelty involved in its production. I hope you, too, will make the compassionate decision not to support this violent industry.’

While Selfridges, House of Fraser and Liberty all remain fur-free, Harvey Nichols abandoned its decade-long fur-free policy in 2014, causing a public outcry.

Sharon joins Joanna Lumley and Twiggy in teaming up with PETA to call on the retailer to pull all fur from its shelves.

A PETA exposé (above) narrated by Paloma Faith reveals the tremendous suffering of animals whose fur bears this label.

It shows that on fur farms in Denmark, Finland, Sweden, and other so-called ‘Origin Assured’ countries, animals such as foxes, rabbits and minks are kept in filthy wire cages – sometimes alongside the rotting corpses of other animals – and are left to suffer from untreated injuries, including missing limbs.

Frightened and distressed, they often mutilate themselves and others in the cage. These animals are then slaughtered – just so that their skin can be made into clothing.

Click here for more from PETA on why animals are not ours to wear.