The Ides of March (In September!)

The Culinary Caveman on the 20,000 tonnes of undiluted poison sprayed annually on our land

I’m so delighted that the single biggest bugbear I have is now finally hitting the headlines.

I’ve been blathering on for ages about how insane it is that we are not only spraying the deadliest chemicals ever invented by humans onto our food, the public has actually paid for this desecration from the public purse through farmer subsidies. We have paid to poison ourselves!

No one asked us, the truth was covered up – and the impact these chemicals have had has been devastating.

There have been repeated denials and pseudo-scientific research has been conducted, whilst the health of the public has been well and truly compromised – all in the interests of vast profits for a couple of corporations.

I’m talking about agricultural chemicals (agrochemicals) – pesticides, herbicides and insecticides. These ‘ides’ have begun to make the human genome commit suicide, causing genocide amongst all species.

If we are to have a healthy future, these agrochemicals have to be eradicated. Before their introduction after the second world war the land managed to provide easily, and pests caused less damage than they do today, when 20,000 tonnes of undiluted poison – a neat teaspoon would kill an extended family – are sprayed annually on our green and pleasant land.

This could very well account for all those autoimmune diseases, which have no known cause, for which genes are blamed. It’s not necessarily your grandparent’s or Auntie Jean’s genes – it is your genes being messed with in real time, from the constant chemical barrage – right here, right now. Our DNA is playing havoc with us, because these extraordinarily dangerous chemicals are being allowed to roam with us every day – we are eating them, after all!

Click here to find out why the Culinary Caveman’s Green Gaia Goodness is a MyGreenPod.com Hero

The agrochemicals originally invented and intended to maim, incapacitate and kill enemy soldiers became pesticides, while the surplus nitrates from bomb making became fertilisers. These chemicals are today even stronger and more lethal – such as the pesticide parathion, developed in 1940 by IG Farben. As little as an undiluted drop falling on your skin is enough to be deadly.

IG Farben used Auschwitz as its human laboratory, and made the Zyklon B gas to dispose of the bodies. It became the giant pharmaceutical corporation Bayer after the second world war. Parathion poisons hundreds of thousands every year and is a common poison used for suicide worldwide.

It’s little surprise to learn that the largest seller of Parathion – by a country mile – is still Bayer, which recently purchased the GM seed giant Monsanto for $62bn. Monsanto has proudly brought us aspartame, DDT, PCBs, glyphosate, Bovine Growth Hormone, GM crops, Agent Orange and even had a part to play in nuclear bombs. Bayer, being the result of a name change already, will hope the name Monsanto will slip quietly away.

This is beginning to look unlikely, as Monsanto has just been fined $289m for its household and agricultural pesticide Round-Up (glyphosate), which caused Dewayne Johnson’s cancer when he was working as a school’s gardener in the USA.

With 5,000 other plaintiffs waiting in the wings, the litigation floodgates could actually open, seeing billions of dollars change hands. However, Monsanto will appeal, with 800 pieces of science it has paid for to demonstrate Round-Up is safe. This will cost more than Mr Johnson can afford in both time and money; sadly, he will probably be dead before he sees a dollar. We’ll just have to wait and see whether this judgement is a game-changer. Fingers crossed.

These corporations are not led by ethics or morals, they are driven only by profits – as is the way in the world of business and economics. The etymology of the word economics is oikonomia, which means ‘good household management’ – can you see how we have been led astray by this erroneous present use of the word?

Considering it is only the corporation that is ever found liable, no individual CEO will ever be blamed for this. This means they can continue to reap havoc in their lust for profit, like a demented egotistical dictator or mafia boss.

The Culinary Caveman signing off…

Click here for an introduction to The Culinary Caveman’s series for MyGreenPod.com. 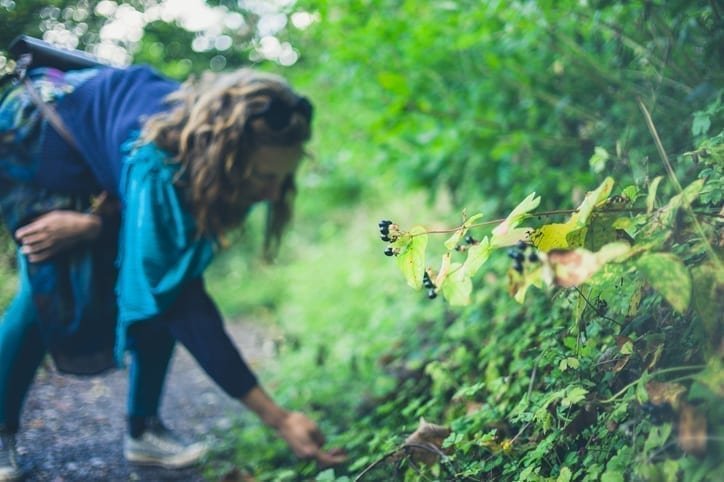 Who's funding the obesity epidemic?