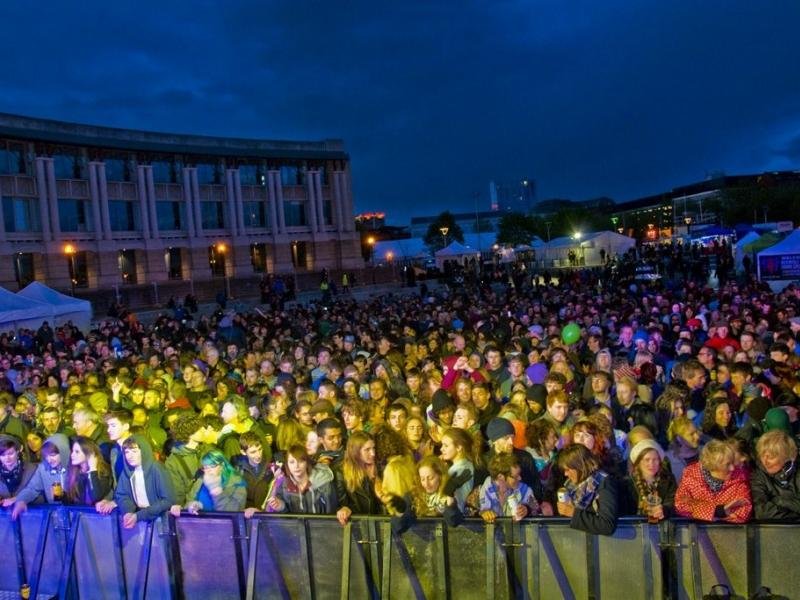 A vegan extravaganza will take place in the heart of Bristol on May 21-22, with an original house party on the Saturday and a reggae sunsplash on the Sunday.

Marshall Jefferson will headline the Saturday house party, supported by live sets from Alison Limerick (whose chart hits include the classic ‘Where Love Lives’) and Adamski (who scored an unforgettable number 1 with ‘Killer’ in 1990).

On the Sunday, you’ll also get chance to see The Phoenix Rose perform a set including the band’s debut single ‘Destination’.

The Phoenix Rose has been described as ‘a London-based musical tsunami’ that celebrates the power of music to reach the entire human family.

‘The UK’s popular music culture lacks ambassadors and stewards for the most important subject of our time: climate change. The Phoenix Rose will use music to help bring home those truths; as lead singer and songwriter I will continue my work with this unbiased medium.’

Jarvis has always had a passion for music, and his goal is to use it as a medium to shift consciousness so that, collectively, we can all help to save the planet.

Jarvis studied with a shaman for 10 years, has practised yoga for 14 years and is a Reiki Master. His music carries a vibration that he hopes will help to bridge the gap between Nature’s truth and man-made laws.

After nearly eight years of preparation, the band’s self-titled album – which is packed with dynamic, uplifting themes and irresistible grooves – is currently being played on 25 UK radio stations, and the debut single ‘Destination’ has been highly acclaimed on award-winning music blogs including God is in the TV.

The wide appeal of the music can be traced to the diverse set of influences that make up The Phoenix Rose: the album fuses pop, rock, reggae, hip hop and Indian music into a singular composition.

Vegfest Bristol features all-day lineups from local acoustic acts on two stages as well as its usual repertoire of 180 stalls, 15 caterers, bars, juice bars and vendors, as well as umpteen talks on nutrition, health, lifestyle and campaigns – plus cookery demos and the benefits of the vegan philosophy.

Tickets are on sale here, priced at just £5 in advance (£8 weekends). Admission on the gate is £8 for adults and £4 for concessions. Kids under 16 free.