Air travel of the future

Liquid hydrogen may be the way forward for sustainable air travel 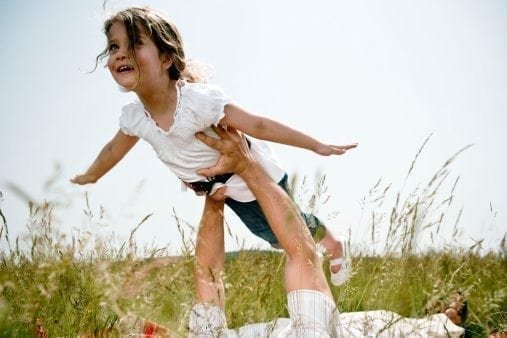 Transport makes up around 20% of our energy use around the world and that figure is set to grow, according to the International Energy Agency.

With sustainable solutions in mind, a new study published by eminent physicist Jo Hermans in MRS Energy and Sustainability – A Review Journal (MRS E&S) looks at the energy efficiency of current modes of transport, from bicycles to buses and air transport to cruise ships – and concludes that liquid hydrogen seems to be a realistic option for what is probably the most problematic of transportation modes in terms of sustainability: future air travel.

Professor Hermans from Leiden University’s famous Huygen’s Laboratory acknowledges that oil-based liquid fuels such as gasoline, diesel and kerosene will be hard to beat when it comes to how much energy they pack in relation to their volume and weight – not to mention the sheer convenience of using them to get from A to B.

The author of popular books such as Physics is Fun (2012) and Energy Survival Guide (2011) acknowledges that achieving sustainable transport in the post-fossil fuel era will be a huge challenge – but finds that liquid hydrogen could offer a potential solution for future air travel.

How it would work

‘Given the severe weight limitations for fuel in aircraft, liquid hydrogen may be a viable alternative in the long run’, Professor Hermans argues.

Second, liquid hydrogen itself is very light (in fact, it is in a gaseous state at ordinary temperatures), which is an important advantage for air travel.

Third, the disadvantages of ‘boil off’ (created by the low boiling point of liquid hydrogen) would be reduced in air travel because of the low outside temperature at cruising altitudes.

A tax on kerosene?

Hermans discounts the use of solar power for air travel without revolutionary changes in the airplane concept, but concludes that it seems wise to extend the availability of oil products as long as possible.

However, he argues that the low cost of kerosene is a huge disincentive in this respect.

‘It is a defect that kerosene is so irrationally cheap, which triggers much unnecessary air travel. A worldwide tax on kerosene – if at all politically possible – should be something to pursue.’

For road transport, Hermans argues that liquid hydrogen is not a viable option due to safety issues around handling it.

He finds that electric vehicles offer the most promising solution. However, the challenge is to improve the performance of batteries to prolong the driving time for electric cars, as well as improving the performance of supercapacitors for more rapid charging of the batteries, he argues.

Direct driving using solar power is difficult, Hermans finds, even under a clear sky. However, students from Eindhoven University of Technology are among those that have taken up the challenge; they built a four-seater solar-powered family car that can be driven indefinitely under clear skies at a speed of about 43km/h. The only drawback is that the car is just over 1m tall and is not very comfortable.

Hermans concludes that solar family cars will be feasible in future if consumers are willing to sacrifice on comfort. Alternatively, Hermans writes, the most efficient way for us to reduce energy use in future is to reduce our mobility, for example, by having shorter distances between the workplace and home.

Click here to read ‘The challenge of energy-efficient transportation’, by Professor Jo Hermans.