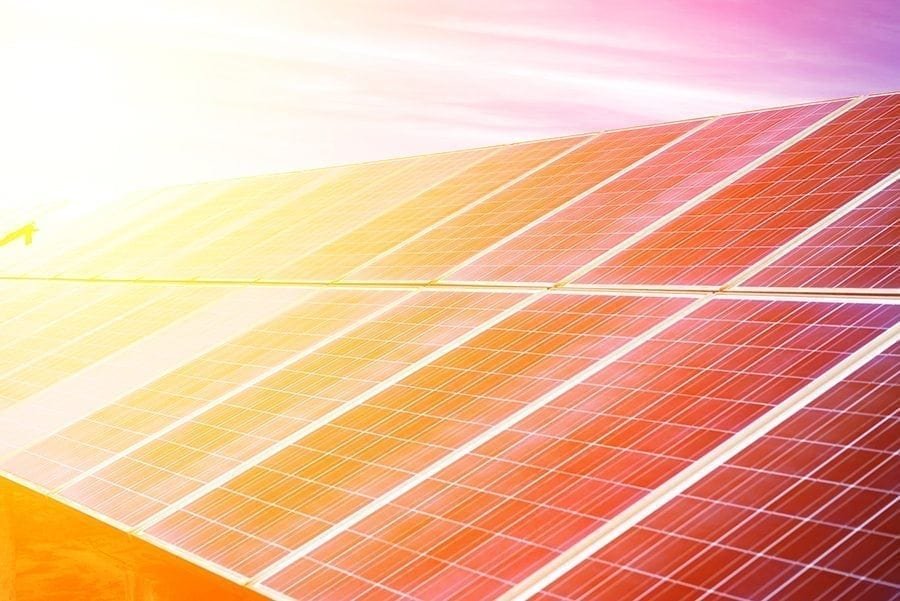 Here’s what she had to say…

Solar PV is an important part of the UK’s energy mix and very much a renewables success story – overall deployment has surpassed expectations.

Since 2010, from a starting point of almost zero, you, the industry, have now exceeded 4GW of capacity. This is a fantastic achievement.

It means that the UK now has enough solar to power more than 900,000 homes with over half a million households now benefiting from generating their own solar energy.

A powerful engine of growth

But solar energy is not just good for helping to deliver affordable, clean and secure energy supplies, it is also a powerful engine for growth – driving small and medium sized businesses and creating thousands of jobs up and down the country.

Indeed, earlier this year, the National Solar Centre estimated that the industry supported up to around 14,000 jobs. And the more the sector deploys, the more jobs it generates, especially in the building mounted sector, which attracts more jobs than solar farms.

But before I go any further, let me tell you the three main points that I would like to make today:

Firstly, the UK’s solar sector has a bright future. A great deal of progress has been made in recent years and we have increased our ambition for the industry further still.

Secondly, however, we must ensure that the future growth of solar is put on a sustainable financial footing.

Thirdly, I would like to take the opportunity to update you on a number of actions that my officials have been working on as part of our new Solar Strategy.

To my first point, as our Solar Strategy set out earlier this year, we have a high level of ambition for the sector.

In fact, our level of ambition has expanded – we are expecting to see 10GW to 12GW deployed by 2020 and possibly more, especially if you, the industry, are able to bring costs down and drive further innovation between now and then.

Indeed, if we’re able to reach grid parity by 2020, as I hope, then we could see solar really fly, not on bill payer funded subsidy, but as a real financially independent, cost competitive industry.

The Strategy set our intention to work with you to help really drive solar PV to this next stage of growth and ensure the sector’s ongoing success – including Government leading the way and deploying 1GW on our own Government buildings.

The Strategy placed a particular emphasis on maximising the potential of the as yet little tapped mid-size projects on commercial and industrial rooftops – which has the potential to bring greater on-site generation to help organisations better manage their energy bills.

Only last week I visited Kingspan’s factory near York and saw their beautiful 2.5MW solar PV rooftop array. Along with energy efficient lighting, the array should produce enough energy to power 7,000 homes.

And in September I saw the new solar roof at the IKEA store in Southampton. Yet IKEA are not just powering their buildings through the massive 39,000 panels that are installed across their UK stores and distribution centres, and I was also pleased to see that they are selling domestic solar installations through their stores too.

These are great examples of how Solar PV can power growth in this country. And there are others too including Jaguar Land Rover’s solar PV array at its Engine Manufacturing Centre in the West Midland which will generate over 30% of the site’s total energy requirements – the equivalent to powering more than 1,600 homes.

Competing in the energy market

But of course, our ultimate goal is for renewables to be competitive with other forms of electricity generation, and we need to balance government support with the need for value for money for taxpayers.

You will be aware that large-scale solar PV has actually been deploying at a much faster than previously expected. In many ways this progress is good news, making a valuable contribution to UK electricity generation.

Yet we must also ensure that the success of the solar sector is delivered in a way that offers best value for money for taxpayers and allows us to offer effective support to the renewables sector as a whole.

Which brings me to my third point; I would like to update you on the progress we are making towards putting in place a framework for the sustainable growth of the solar sector.

On 2nd October, following a consultation period, my Department set out a package of new financial support measures for solar PV.

Now I know that there have been concerns over changes to the Renewables Obligation (RO), but I believe that overall these announcements demonstrate that we have listened to you, and set out a clear, long-term framework for the solar PV industry, supporting deployment as costs continue to fall.

Firstly, on the issue of the budgets for Contracts for Difference (CfDs), we announced an increase in the pot for established technologies of £15m. This increase of around 1/3 from the indicative budget provided in the summer opens the door to more solar to come forward.

We are looking forward to seeing solar PV developments enter the first allocation round, and there is a lot for the industry to play for – with the potential for significant amounts of deployment to be supported in this round.

And we should highlight the benefits of the CfD framework, as a private law contract, to provide the stability and visibility to support investment going forward.

Secondly, on the issue of the RO closure, we know that the industry was concerned by the proposals to close the RO to large scale solar.

However, we have a responsibility to manage our support schemes effectively within the Levy Control Framework, so that the success of the solar sector is delivered in a way that delivers best value for money to consumers.

But we have listened to you, the industry, heard your concerns, and while we have not been able to take on board all of your requests and suggestions, we have made some important changes.

In particular to grace periods, to ensure that the proposal protects investments already made we have:

The consultation closes on 28th October, so please put your responses in as quickly as you can.

My officials will turn this around as quickly as possible to ensure that you have that additional surety of investment in the run up to March 2015.

Let me end by focusing on the opportunity to deliver on the vision that we set out in the Strategy back in April to support the continued growth of well-sited and well-designed solar.

The Strategy set out a number of actions, and we’re making progress on these. To name just a few:

For example, the Department for Communities and Local Government (DCLG) consultation on raising the bar for permitted development from 50kW to 1MW has recently closed, and DCLG officials are working hard to understand the responses.

We are working with the Cabinet Office to encourage deployment on the government estate, so that the government can lead the way in demonstrating the benefits of deployment on mid-scale roofs in terms of economies of scale, and the ability to use the power generated on site and reduce energy bills.

The Cabinet Office is currently putting in place the commercial construct that will enable the identification, development, building and financing of appropriate solar sites – focusing on rooftop and brown field sites across the government estate.

They are simultaneously working up several pilot projects, in close partnership with the host Departments, with an initial target of installing 500MW of capacity, with a further target of 1GW across the government estate. I hope to be able to make further announcements here very soon.

We have also asked industry to work together to identify cost reduction across the sector, with an aim of building on your hard work to ensure that solar pays for itself sooner rather than later, without the need for subsidy.

And in September I held a stimulating roundtable event, bringing together a great group of building owners and leasers with representatives from finance, legal and others, to identify some of the issues created for rooftop deployment from the landlord/tenant relationship.

The discussion generated some really useful outcomes and set out some approaches we can take to overcome barriers. My officials are taking this forward, but we will be carrying out some follow-on work, under our Solar Strategy Group, with the help of our colleagues in the hall.

And finally, one issue we hear very regularly is that the FiT does not allow installations to be moved from one building to another and that this acts as a barrier to deployment in the mid-scale roof mounted sector.

In response to that, we will be consulting before the end of this year, on whether or not to allow new mid-scale building mounted solar PV to transfer from one building to another without losing FIT accreditation

I cannot go into the details on this yet, as they are being worked up by my officials as we speak, but watch out for the consultation.

So, in summary, I believe that this package of reforms will help to put in place the right level of financial support to place the sector on a sustainable footing.

Along with working with you, the industry, to address barriers to deployment, this provides a strong basis for the industry to go forward.

Yet with increased innovation the solar sector could go even further.

I am delighted to see the extent of innovation that’s already taking place in the solar market – including the sort of excellent work on window glass that’s being carried out at great British companies like Oxford PV and Polysolar.

This could see whole skyscrapers generating their own power and possibly producing up to a quarter of their total energy needs, just from their windows!

I’m told that Swansea University is also working with industrial and academic partners, to develop functional coated steel and glass products that will transform the roofs and walls of buildings into surfaces that will generate, store and release energy.

It is excellent innovations like these that will help the industry to go even further, faster.

So I believe that the solar industry on the up, and between our incentives and your dynamism, we will see real progress towards putting control in the hands of energy consumers and turning our buildings into power stations.