Aquaponic farming – in your kitchen

GROVE LABS' NO-SOIL SOLUTION TO GROWING YOUR OWN 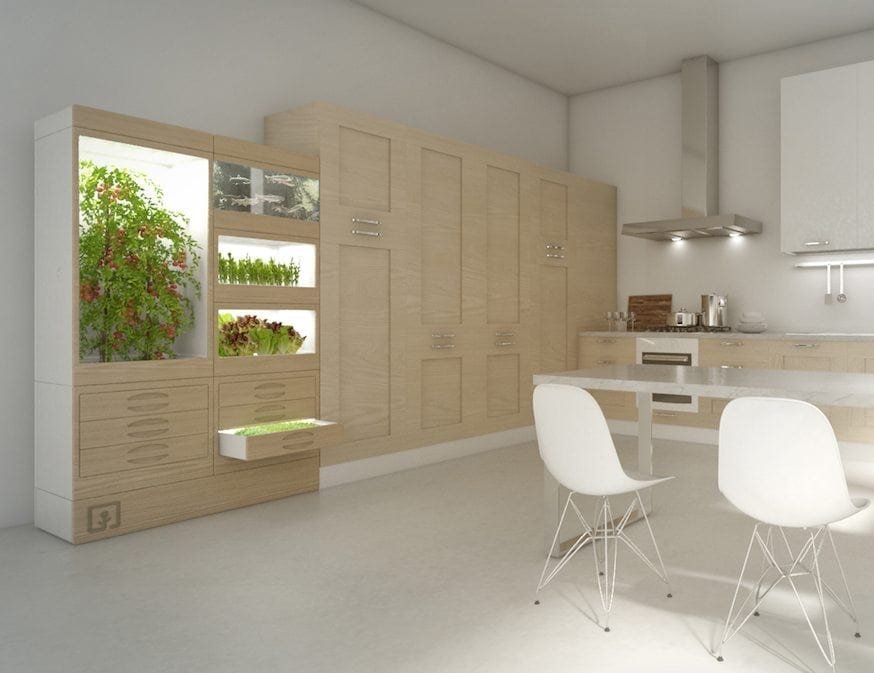 Imagine growing fresh, organic food in your kitchen, with no need for soil. Instead, the Grove appliance uses the same technology that automates and optimises indoor and hydroponic farms around the world.

The Grove appliance is the brainchild of MIT seniors Gabe Blanchet and Jamie Byron, who believe everybody on the planet deserves access to healthy, local and sustainably grown food. Frustrated with the current state of food and agriculture, they set out to create beautiful products with powerful technology, that make simple, economical, sustainable farming methods accessible to everybody. Here’s their journey so far.

‘In the early fall of 2009, Jamie Byron and I (Gabe Blanchet) met as eager freshmen on MIT’s campus. We quickly became best friends, both joining MIT Sigma Chi and spending the next three years learning the ins and outs of Aerospace and Mechanical Engineering, respectively.

‘After my junior year, I left MIT to join GrabCAD, a Boston-based startup building online tools for mechanical engineers. I joined as its fifth employee and helped GrabCAD secure $14M in venture capital while scaling from five employees to over 40. This experience led me to return to MIT on a mission to found my own company; I had the startup bug.

‘Meanwhile, Jamie spent his junior summer working on an experimental farm in Virginia, where he learned first-hand the perils of large scale agriculture and the promise of innovative alternative farming techniques. Upon returning to MIT for his senior year, Jamie built an aquaponic farm right inside our shared fraternity room!’

From seed to seedling

‘In just a few weeks, Jamie and I found ourselves harvesting loads of kale, lettuce, beans and tomatoes right from our windowsill. Not only were we growing healthy food for ourselves (and lowering our grocery bills while at it!), that aquaponic garden became the centerpiece of our fraternity; our air was cleaner and living with green plants made us happier as we toiled away on problem sets at our desks and sipped beers on our couch.

‘One night in March 2013, after sharing a salad prepared straight from our aquaponic system, Jamie and I had en epiphany: we were sitting on our couch when we started talking about Jamie’s system. Within minutes, it was clear to us that anybody could do this – anybody could grow fresh, healthy food right where they live… If only they had the right tools.

‘Jamie and I started Grove Labs to build those tools. We believe that everybody deserves access to healthy, local, and sustainably produced food, and we’re on a mission to empower people and communities around the world with the tools to grow healthy food themselves, right where they live.’

For more information on Grove Labs, and to reserve a Grove home farming appliance for your own kitchen, visit www.grovelabs.io.