The Eden Project's Sir Tim Smit: we can't be the next civilisation to fall 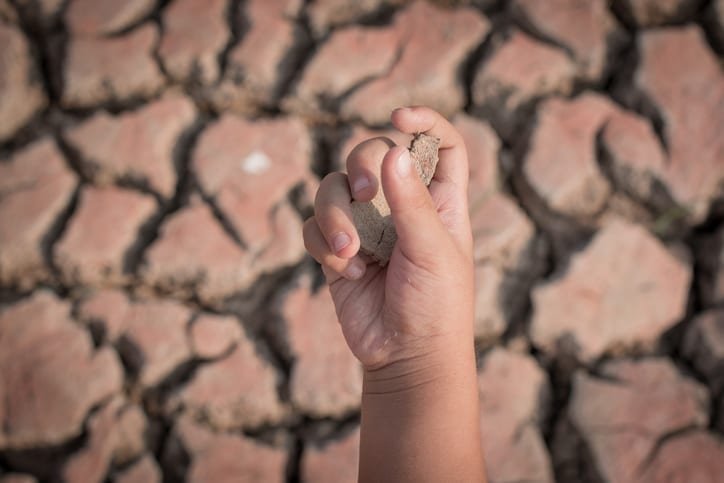 Sir Tim Smit’s five-year partnership with The Planet Mark has helped raise awareness of the plight the planet is facing. Speaking at The Planet Mark awards, he spelled out the urgency of action that must take place now.

The Planet Mark is a certification scheme that is helping over 1 million people to contribute to saving the planet. The awards ceremony recognised the outstanding work that pioneering companies, holders of The Planet Mark, are doing in terms of sustainability and reducing carbon emissions.

Time is running out

Sir Tim stunned the audience with his knowledge of climate change and the very little that is being done on a big scale.

Time literally is running out. The UN Intergovernmental Panel on Climate Change (IPCC) has predicted that there’s a window of just 12 years try to turn around the huge juggernaut that is facing each and every one of us living on Earth.

In his TED-style 13-minute talk, Sir Tim Smit said, ‘If you stay at the fringes at dealing with sustainability in a really polite and middle-class way… then it’s a bit like moving the deckchairs on the Titanic.’

The fall of civilisations

He then said that last year he climbed the tallest tree in the world, in the Sequoia National Park, Sierra Nevada as part of a campaign to help save the trees.

This was the moment that stunned the audience. He said that the tree he climbed is 4,500 years old. Being an archaeologist, he said could name all 37 civilisations that had existed in that tree’s lifespan – all of which had a beginning, a peak and a collapse.

‘Be aware that every one of those 37 civilisations had people like us in it and they didn’t stop things’, he went on. ‘Why? Because everyone becomes beige. We all get sucked into it and everyone talks about sustainability a lot but we are all hooked into a world where we don’t know don’t when to say STOP!’

‘The only police are us’

Sir Tim Smit’s talk was a rallying cry encouraging everyone to take part, to make a change to their daily habits and to look at their moral compasses.

‘Governments have not got the ability to police anything anymore’, he said. ‘The only police are us and the values we espouse.’

The Planet Mark CEO and founder Steve Malkin told the audience that when he launched The Planet Mark five years ago, the goal was to help organisations realise that ‘sustainability is good for business and that business is really good for society and the environment’.

‘The way we do this is by unlocking the passion of individuals inside every organisation we work with to do better inside their own company’, Steve said. ‘This is working and helping to contribute to the goal of improving the quality of life (on the planet).’

Benefits of The Planet Mark

Here are some of the benefits to being ‘Planet Marked’:

Makes the organisation more attractive: To both prospective employees (who are more environmentally aware) and to prospective clients.

Increase sales: The Planet Mark certification helps demonstrate and communicate a commitment to environmental stewardship to differentiate from competitors.

Payback within one year: The cost of running the programme is recovered within year one.

Education: It helps educate and encourage the workforce to carry on with the ‘planet-saving’ work at home.

Eden Project passes: 12 free passes to visit The Eden Project per certified organisation. The visitors feel the transformative powers of Eden and go back to their companies ready to make changes.

Click here for more about The Planet Mark certification programme.