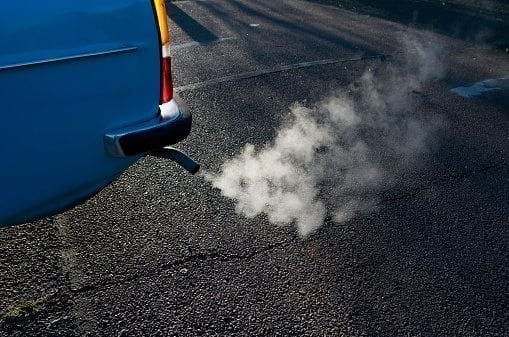 Sadiq Khan has confirmed that a £10 toxic ‘T-Charge’, the toughest emission standard of any world city, will start in central London on October 23 this year, at the start of the autumn half-term.

A free online vehicle checker has been launched on the Transport for London website so that drivers can check whether they’ll be affected by the T-Charge.

Every weekday, up to 10,000 of the oldest, most polluting vehicles are expected to be potentially liable for the new emissions levy, which will apply to motorists who own vehicles that do not meet Euro 4 standards – typically diesel and petrol vehicles registered before 2006 .

The T-charge (also known as the Emissions Surcharge) will operate on top of, and during the same operating times, as the Congestion Charge (Monday to Friday 7am-6pm), so it will cost £21.50 to drive a pre-Euro 4 vehicle in the zone.

‘Londoners overwhelmingly support my plans to introduce this £10 charge because they feel when it comes to battling pollution the time for action is now.

‘The T-Charge is a vital step in tackling the dirtiest diesels before I introduce the world’s first Ultra Low Emission Zone as early as 2019.’

Air pollution in London is a public health crisis and the Mayor has been forced to take hard-hitting action to tackle it head on. Currently over 9,000 Londoners die prematurely each year as a result of long-term exposure to air pollution – while 438 schools in the capital are in areas exceeding legal air quality levels.

‘It’s staggering that we live in a city where the air is so toxic that many of our children are growing up with lung problems. If we don’t make drastic changes now we won’t be protecting the health of our families in the future.

‘That is why today, on the 14th anniversary of the start of the congestion charge, I’ve confirmed we are pressing ahead with the toughest emission standard of any major city, coming to our streets from October 23rd.’

The T-Charge will use a camera-based mechanism for enforcement, monitoring both diesel and petrol vehicles, and is just one of the measures the Mayor is introducing to improve air quality.

The Mayor has doubled funding for tackling air quality, allocating £875m over the next five years. He is also spending more than £300m on transforming London’s bus fleet by phasing out pure double-deck diesel buses, and has committed to purchase only hybrid or zero-emission double-decker buses from 2018.

Vehicle owners can use a specially created online vehicle compliance checker, on the TfL website to establish whether their vehicle is affected by the T-Charge and get advice on what action, if any, they need to take.

‘This charge is an essential first step in reducing harmful air pollution in London. Air pollution can help to cause and worsen life threatening conditions like heart disease and asthma; and ultimately that’s shortening people’s lives.

‘There are areas all over London that regularly experience ultra high levels of air pollution that are toxic to human health, so we cannot delay action to tackle this issue. Any delay is short-sighted, and risks condemning a generation of Londoners to poor health.’