‘Ticking over’ gets a ticking off 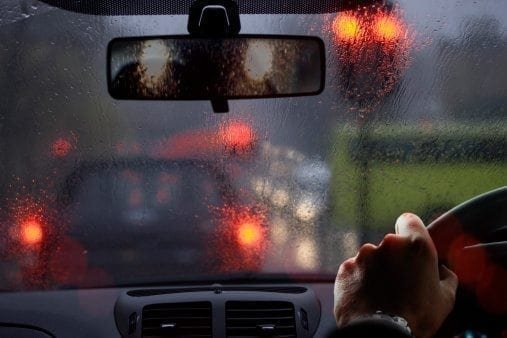 New research led by an academic at the University of East Anglia (UEA) suggests that insights from behavioural science can help inform the design of road signs to bring about changes in driver behaviour.

Research in behavioural science has demonstrated how even very minimal cues or ‘nudges’ can sometimes have a powerful influence on human behaviour and decision-making.

In this study, the researchers applied this approach to examine whether simple visual and written cues could be used to encourage drivers to switch off their engines while waiting at railway crossings.

By leaving their engines idling for long periods, drivers contribute to air pollution, waste fuel and produce noise and fumes that harm the environment and public health.

However, the researchers found that making simple changes to road signs which prompted drivers to consciously reflect on their behaviour doubled the rate of people turning off their engines.

The authors say the findings, published this week in the journal Environment and Behavior, are relevant not just for railway crossings, but anywhere with congestion.

The study comes amid continued concern about air pollution levels in cities across the UK and worldwide. Following a visit last month, the UN’s Special Rapporteur on human rights and hazardous substances said air pollution ‘plagues’ the UK, causing an estimated 30,000-40,000 premature deaths a year.

Air pollution alerts were also issued last month for London, where it has been suggested that ‘no idling’ zones could be introduced around schools.

‘We wanted to know how to persuade drivers to switch off their ignition in a situation where collectively they would, potentially, substantially pollute the atmosphere of a large number of residents and pedestrians. The destructive behaviour examined in this study lasted for about two minutes, many times a day. Any reduction of this behaviour therefore has clear benefits for all.’

The site chosen for the study was a busy railway level crossing in Canterbury, Kent. The local council had placed a sign at the crossing instructing drivers to switch off their engine when the barriers were down, which happened four times an hour.

The message on the sign was not informed by any particular behavioural theory, and the researchers found it had limited impact, with only about 20% of motorists routinely switching off their ignition while waiting for an average of two minutes.

Psychological research has shown that subtle cues that someone’s behaviour is being observed can increase their compliance with instructions.

In this study, the researchers tested whether the addition of a picture of ‘watching eyes’ would increase drivers’ compliance with the instructions to turn off their engines while waiting at the level crossing.

Watching eyes have previously been shown to successfully reduce theft from bicycle racks, reduce littering in public spaces, and increase donations to charity buckets. Here, the image was found to increase the rate of drivers turning off their engines to around 30%.

‘Planners at local and national levels use signs to encourage better driver behaviour. However, without clear evidence of whether and when these messages prompt action, their impact may be far less than could be achieved. We found that simple changes to the way we design road signs can make them much more effective. We should be using behavioural science to inform the design of such signs to encourage greater co-operation from drivers.

‘If similar interventions were to be implemented in comparable situations in other cities and countries, the potential contribution to reducing air pollution, improving short and long term health, and reducing effects of global warming could be substantial.’

Importantly however, a second test demonstrated that it was even more effective to encourage self-surveillance.

Rather than suggesting behaviour was being monitored by others, a second sign aimed to encourage drivers to monitor their own behaviour and reflect on whether they were complying with the instruction. The sign simply instructed drivers to ‘Think of yourself: When barriers are down switch off your engine’.

The results showed that combining the instruction with this self-surveillance prompt was highly effective, doubling the rate of drivers who switched off their engines to 50%.

‘We found that the mere presence of an instructive sign had little effect on drivers’ behaviour. Rates of compliance increased when instructions were accompanied by subtle surveillance cues. These findings reinforce the importance of directing attention towards the individual when trying to encourage behaviour change, and beyond that, suggest it may sometimes be more effective to encourage self-surveillance rather than using cues suggesting public surveillance.’

Click here for more from the journal Environment and Behaviour.