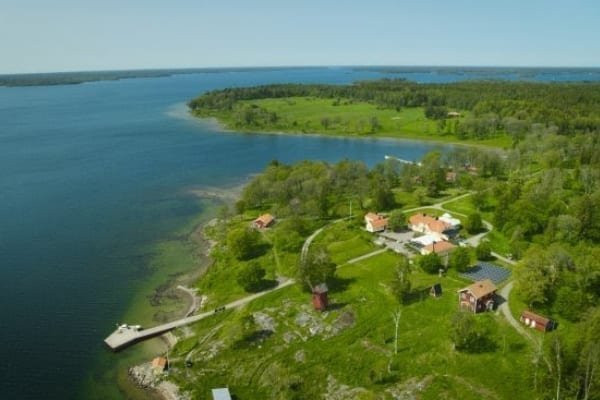 An experiment carried out last summer on the Swedish island of Lidö reveals there’s a lot we can do – today – for the climate.

With small changes in energy production, heating, fuel and food, Zero Island made a drastic cut in emissions without skimping on the experience it offers its visitors. All of the solutions used on the island are currently available for every home.

To explore how far currently available technologies could take us in reaching the world’s emissions reduction targets, renewable fuels company Neste turned a Swedish holiday island into a real-life experiment on climate neutrality.

With solutions ranging from renewable fuels and green energy production to alternative approaches to fine dining, the island reached an emission cut of 78% and carbon neutrality within just one year.

‘As a renewable fuel producer, we often look at the big picture in sustainability. We were surprised that these seemingly small, everyday solutions could have such a huge impact on the island’s emissions when combined. There’s so much we can do for the climate now, it’s just a matter of will. We’ve shown that on Zero Island.’

The Zero Island experiment was a collaboration between several organisations: energy companies Neste and Fortum provided renewable fuels, solar panels and green electricity based on solar, wind and hydropower.

The island’s tourism entrepreneurs applied a total of 18 sustainable solutions on the island, while The Archipelago Foundation oversaw the preservation of the island’s cultural and environmental values. Installations and transportation were coordinated by energy consultants from Aktea, who acted as a technical advisor in the project group, while climate consultancy Tricorona calculated the emission reductions and the project’s results.

Now, after the summer’s visitor season and a little over a year after the experiment began, Olle Tejle and Hugo Olofsson, the tourism entrepreneurs on Lidö, are happy with the project’s results.

‘This year, a lot of our visitors were familiar with the Zero Island initiative and drawn to the idea of climate-friendly travel. Families, especially, have been excited to tour the island and learn about the different ways we’ve reduced emissions – which is great, as many of them are solutions they can try at home. These things are talked about a lot, but on Zero Island we can show how it’s done in practice.’

Apart from the sustainable Nolla Cabin and a small solar park, nothing new was built on the island. Small tweaks and additions were made to the way existing facilities and equipment are used on the historic island, whose oldest buildings date back to the 18th century.

At the beginning of the project, the island’s emissions were charted. The starting point for emissions in 2018 was 180 tonnes CO2e. The biggest contributors turned out to be food, facilities and transport, which is also the case with households’ emissions.

Over the course of the experiment the emissions were reduced to just 40 tonnes CO2e, which were compensated through a Gold Standard emissions reduction initiative.

The houses and cabins on the island were fitted with a number of energy-saving solutions. ‘Climate curtains’ help regulate indoor temperatures and heat pumps replace traditional heating and air conditioning solutions, while cutting emissions from heating by 99%.

All facilities also switched to LED lighting and fossil-free electricity, around 25% of which is produced by the island’s newly installed solar park.

On Zero Island, ferries and road transport began using Neste MY Renewable Diesel. Made 100% out of renewable waste and residues, it’s fossil free and its emissions can be up to 90% lower when compared with regular diesel. On Zero Island, fuelling the ferries and vehicles resulted in a 70% reduction in CO2e emissions from transport.

As a part of the Zero Island experiment, the island’s restaurant began offering a special three-course menu that had been designed to be low-emission.

Through locally sourced fish and vegetables and resourceful use of ingredients, the menu was produced with 74% lower emissions when compared with previous alternatives. The gas stoves were also fitted with bio-LPG, which halved the emissions from the previous year.

Of the 18 solutions implemented on the island, nine directly contributed to lowering its CO2e emissions, while others improved waste management, educated visitors or extended the travel experience in a sustainable way.

Click here to read our article about the Nolla Cabin.