Two-thirds of Brits want government action on the climate emergency, so Greenpeace has published a 134-point plan to help 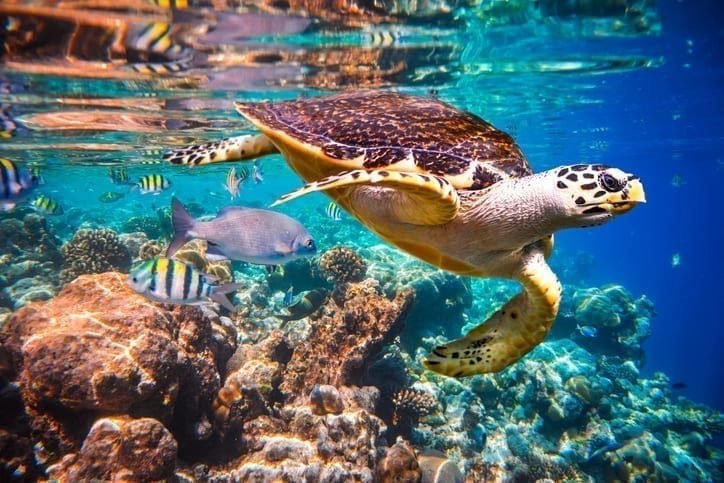 The day before Parliament votes on declaring a climate emergency (on 01 May), Greenpeace has produced a climate manifesto listing 134 actions the government should take immediately to keep UK decarbonisation efforts in line with climate science.

The manifesto will be sent to MPs, policy makers, think tanks and other experts for feedback, and is also on the Greenpeace UK website where the public can contribute.

A poll from from 23 April, commissioned by Greenpeace, shows that 63% of the British public think we are in a climate emergency, and 64% say government is responsible for taking action on climate change. 76% say they would vote differently to protect the planet and climate.

Also on 23 of April, the Minister of State for Energy and Clean Growth, Claire Perry, said in the House of Commons: ‘The right hon. Gentleman asked about the declaration of a climate emergency. The thing is, I do not know what that would entail. I could stand here and say, ‘I believe there is a climate emergency’, and he could say that, too ….The question is: what are we going to do about it?’

The government has come under enormous pressure to accept that we are in a climate emergency. Its current policies are in no way an adequate response and require rapid reform to produce a coordinated programme to decarbonise the whole economy.

Is the message sinking in?

Greenpeace has been working on this issue for over 30 years. It has produced a document listing 134 practical actions for the government to take covering power, heat, transport, buildings, industry, shipping and aviation, food and nature, which together would put the UK on course for achieving ‘net zero’ emissions well before 2045.

The plan includes measures to maximise and fairly distribute the economic and social benefits of the transition.

The plan is being sent to MPs, policy experts, think tanks and other influencers in the climate sphere, but is also available on the Greenpeace website for public comment and critique. You can view the manifesto online here.

Climate change affects everything we do, and we need everyone to get involved. This is an opportunity for experts and concerned members of the public alike to examine and improve a set of actions the government would need to take in order to decarbonise the UK in line with the science.

As technology has improved, decarbonisation has become easier. The cost of renewable energy has dropped far more quickly than most people expected, making decarbonisation of the electricity sector much cheaper and easier than it looked just a decade ago.

But not everything has a techno fix. To protect the climate and the extinction of species we also need to change our behaviour including adopting a more plant-based diet. This would be good for the climate, biodiversity and our health.

‘Climate activists, young and old, have put the UK government under enormous pressure to officially recognise the climate emergency we are facing. There is a real feeling of hope in the air that after several decades of climate campaigning the message is beginning to sink in. What we need now is to translate that feeling into action.

‘The government clearly needs help as they are not sure how to respond. So we have produced an action plan to show how, with a little bit of courage, the UK can help avert the climate crisis, and take responsibility for our historic emissions. The plan ensures the green transition is fair and democratic for all, with new jobs and economic benefits spread across the country.

‘But everyone in society has a stake in this, not just climate activists. We want this action plan to feed into the many discussions springing up around the country on what is to be done. If you’ve got an idea that could help speed up the transition or expert knowledge on how your industry’s carbon emissions can be cut faster, we want to hear from you. Then the Government will have even less of an excuse not to act.’

The 134 measures in the manifesto include the following actions.

Click here to add your voice and views to the Greenpeace climate manifesto.