A journey to Lake Chad 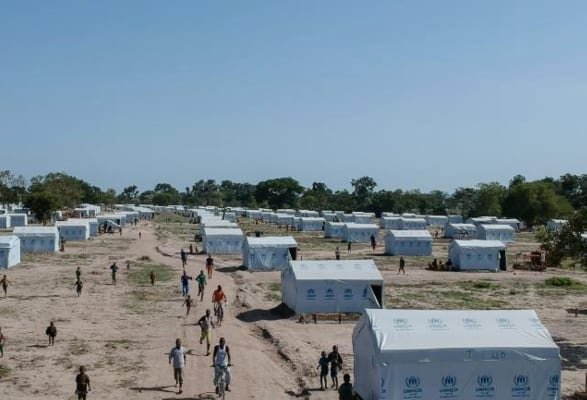 Due to ongoing militant activity in the region it is one of the least visited places in Africa, and Americans are banned from going there all together.

When adventurer Reza Pakravan travelled to Lake Chad however he discovered that, while people do live in fear of guns, global warming is perhaps the biggest enemy they face and is behind many of the country’s problems, including the guns.

Reza Pakravan is an adventurer and filmmaker who has travelled to some of the harshest places on the planet, but rarely has he seen such a humanitarian disaster as when he visited Lake Chad earlier this year.

The country itself left him with some incredibly positive memories, not least from the time he spent with the remote Wodaabe tribes, famed for their facial tattoos and polygamous culture. But it was Lake Chad that left Reza most affected.

A fight for survival

We hear of changing weather patterns, rising sea levels and melting polar icecaps almost daily, but the impact global warming has had on Lake Chad is on another level.

A water source for up to 30 million people, the lake has shrunk at an incredibly alarming rate: 90% since the 1960s, a global warming demise accelerated by unplanned irrigation systems.

As Reza walked the many miles of dried-up lake bed the obvious signs of the water shortage were clear – fishermen struggling to get enough food to
survive, children, whose families once lived on the lake shores, having to walk vast distances every day for water, farms that used to thrive fighting for
survival on dry arid lands.

The outlook is so dire that the UN says 10.7 million people in the Lake Chad basin are in desperate need of humanitarian relief to survive.

As Reza continued his travels in the region he came across huge refugee camps, containing hundreds of thousands of people displaced from their homes.

While some families were driven there directly by the famine, unable to find enough food and water to survive, most were there due to a more unexpected consequence of global warming – the rise in militant activity in the area by Boko Haram. The insurgent group is working out of Nigeria, looking to form a new state and often carrying out violent and terrifying acts.

On top of the climate change, a population explosion and under-development in the area has added to increasing pressure on the dwindling resources. In a region where people are already desperate, there is little option but to flee when violence, death and destruction arrives on their doorsteps and the refugee camps continue to swell.

The issue is complicated further by the fact Lake Chad is shared by four nations, bringing with it added bureaucracy and shared – often neglected – responsibilities.

All of this has resulted in the Lake Chad region becoming the perfect recruiting ground for the Boko Haram militants, who can offer a little cash and food to those already fighting a daily battle for survival.

‘The region is on the brink of collapse and needs the world’s attention. If there was ever an example of how, alongside the more obvious devastating consequences, global warming can have terrible butterfly effects, then this is it – everyone needs to sit up and listen.

‘The ripple effects of this global warming disaster at Lake Chad are even being felt on the streets of UK cities as refugees from Lake Chad cross the Mediterranean and into Europe. Perhaps we should stop focusing so much on how to stop immigration and more on one of the major under-discussed causes of it, global warming.

‘We may be able to predict how many centimetres our seas will rise if the polar icecaps melt, but there is no way of knowing what this will mean for the fragile stability of many of the world’s poorest communities. We need to stop thinking casually these things might happen in the future, and more these things are happening now and are already killing millions of people.

‘We need to act immediately to help the people of Lake Chad, and the millions of others around the world in similar situations, and stop things progressing further down this black tunnel.’

Click here to find out more about Reza Pakravan.