Now’s the time to demand action from MPs, by Tony Juniper 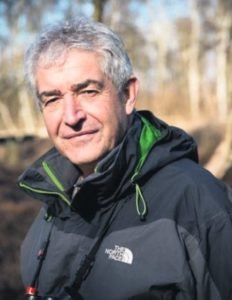 During the general election campaign hardly a mention was made about policies to protect the environment. Aside from ministers being taken to court over their air pollution plan (or lack of one) and Theresa May expressing ‘disappointment’ at Donald Trump withdrawing the US from the Paris Agreement, there was barely a murmur about the need to sustain and restore the environment that sustains us all.

This was not new, of course. Environmental issues were largely removed from the political debate in the wake of the 2008 financial crisis.

When the coalition government came to power in 2010, the Conservatives wanted to keep green issues off the agenda – largely for ideological reasons. Under the cloak of austerity and the cutting of ‘red tape’ that they claimed held back British business, they did a lot of damage.

Targets were abandoned, regulations weakened and the budgets official bodies such as the Environment Agency were slashed to the point where even basic functions became a struggle. On top of all that, official agencies were muzzled, told to stay out of politics and warned that if they spoke out they’d pay a high cost.

The 2015 general election came and went. Modest promises were made but nothing much happened. Then in 2016 the Brexit bombshell exploded, putting our already weakened and patently inadequate environmental policies and laws in jeopardy. Some 85% of the UK’s environmental legislation was adopted through rules negotiated with partner countries in the European Union; as the UK withdraws, the future of all those laws – including landmark achievements such as the Habitats and Birds Directives and Water Framework Directive – falls into question.

In addition to legal frameworks like those are the European policies that shape agriculture, and which during recent years have become more responsive to conservation and environmental concerns.

Some bland reassurances have been issued about the future of environmental rules and policies, but they can’t be taken seriously given the chorus of prominent Brexiteers who evidently look forward with glee to slashing their way through European ‘red tape’. None other than the new environment secretary Michael Gove himself has said that the Habitats Directive which protects, among many other things, otters and dormice is getting in the way of house building, and that he’d like to do away with it!

All the while most of Britain’s environment groups have been unable to do very much; they’ve fallen back in the face of a political onslaught and an anti-environmental establishment that’s torn away at decades of progress. At the same time they’ve been under direct attack, too – not least through the rules of the Lobbying Act, passed by the coalition (and with enthusiastic Liberal Democrat support), that all but silenced many of them during recent election campaigns.

WRITE TO YOUR MP

Write to your MP and ask them to support a new Environment Act aimed at the recovery of Nature in a generation through action for land, air, water and sea. Tell us which MPs are in support using the hashtag #ActForNature. We have a copy of What Nature does for Britain for the first five readers who tweet news their MP supports new laws for the recovery of Nature.

But there is a feeling that things are about to change. Nothing stays the same in politics for very long, and right now there is a sense of regrouping and the potential for a serious counterattack: many are ready to get out of the trenches, onto the front foot and to engage with politics in ways that might lead to progress. There are several reasons for this.

First is the post-Brexit mood. Few voted in the referendum for polluted beaches, sewage-laden rivers, toxic air or the final extinction of our most cherished wildlife. The fact that all of this is a plausible outcome has galvanised a lot of people to press for stronger standards. This includes many who wanted to leave but did not want to make their country a less pleasant place to live.

Another new context is how the environmental narrative has changed since 2008. Whereas the push back against environmental ambition is generally predicated on economic arguments and the need to sustain economic growth on the back of low standards, this is no longer a credible line of argument. It’s increasingly clear that it is Nature that sustains the economy, and that the future for business is in environmental solutions. Growth sectors of the future are based on clean, efficient, renewable, circular and sustainable operations. This new narrative, about our dependence on Nature and the opportunities that will come in the wake of renewed efforts to protect it, is recasting the discussion.

Then there is the new politics. A hung parliament, in part created from the roar of a massive youth vote for change, has laid out an opportunity for cross-party cooperation on a set of issues that should be beyond ideological politics. We all need clean air and water and good food, we all benefit from green spaces and spending time in wild Nature, our country will do better in high-tech sectors if driven by strong domestic environmental standards. We’ll be more resilient as the climate changes if we have robust green infrastructure in the form of healthy soils, wetlands and forests.

AN OPPORTUNITY TO UNITE

The good news is that by investing in our collective health, wealth and security, we’d bring back disappearing wildlife and have a far nicer country. In a nation where politics has left people divided and bruised, the opportunity to unite behind these common interests should be attractive from all sides: leave, remain, left, right and centre. A new Environment Act could encapsulate these interests, and ensure the recovery of Nature in a generation through action for land, water, air and sea. It would embody evidence-based targets for things like native woodland cover, the health of peatlands and songbird and butterfly population trends.

All this is possible, and indeed elements have been adopted as ‘soft policy’ in the past. There’s even a version of leaving Nature ‘in better shape than we found it’ in the Conservative Party’s 2017 election manifesto. Given that few politicians would argue against such a goal, it seems an opportunity is at hand to go further and to translate such a sentiment into law.

THE TIME IS RIGHT

The UK has already taken such a step on the question of climate change through the 2008 Climate Change Act. That law sets out a long-term goal and uses a wide range of policy levers to go in the right direction. We could do the same thing now to tackle all the rest of the environmental issues that face us, not least the catastrophic decline in our wildlife. It wouldn’t require a lot of ‘red tape’ – and, if done well, might even get rid of some – and could make far better use of the money we already spend. For example, the money (in excess of £3bn) paid out to farmers each year on the basis of how much land they have could instead be used to pay for cleaner water, carbon capture and boosting wildlife populations.

I set out the thinking behind that and related ideas in my 2015 book, What Nature does for Britain. I know very well from that and other projects that we have all the research and information needed to begin making progress; the thing that has been lacking is the political backbone to get on with it.

Now, though, the time is right. The vacuum created by Brexit, the new realisation that looking after Nature presents more economic opportunities than it does problems, the mood in the country, the composition of our new parliament and the need for totems of unity all point to possibility.

Dr Tony Juniper CBE is, among other things, president of the Wildlife Trusts, where he’s campaigning for a new Environment Act.

Click here for more from Tony Juniper, including his latest books, campaign work and speeches.