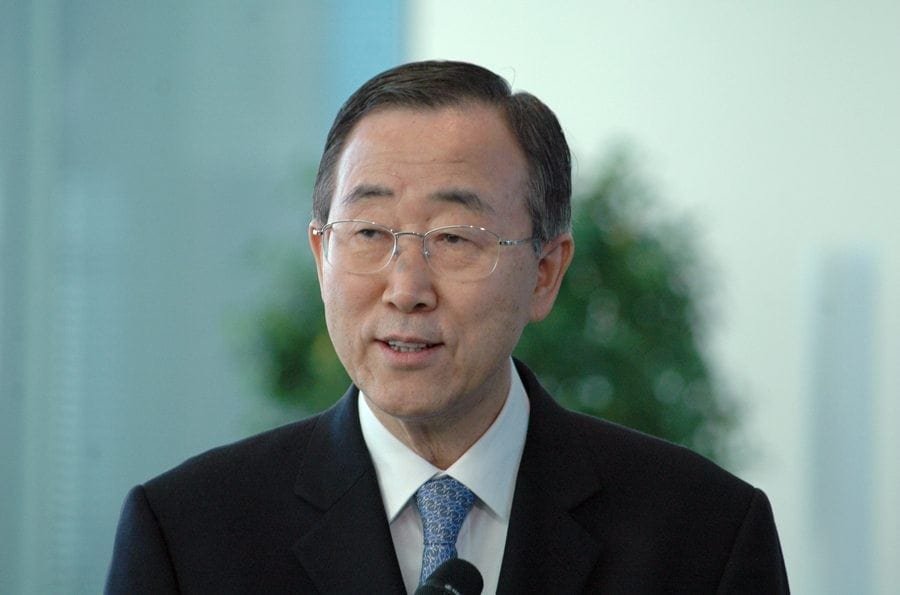 This is the summary UN Secretary-General Ban Ki-moon delivered to the assembled leaders at the end of the Climate Summit in New York.

The purpose of the 2014 Climate Summit was to raise political momentum for a meaningful universal climate agreement in Paris in 2015 and to galvanise transformative action in all countries to reduce emissions and build resilience to the adverse impacts of climate change.

An unprecedented number of world leaders attended the Summit, including 100 Heads of State and Government. They were joined by more than 800 leaders from business, finance and civil society. This Summary details their most significant announcements.

‘Without significant cuts in emissions by all countries, and in key sectors, the window of opportunity to stay within less than 2 degrees will soon close forever.’

Convergence on a long-term vision

A comprehensive global vision on climate change emerged from the statements of leaders at the Summit:

‘Seventy-three national Governments, 11 regional governments and more than 1,000 businesses and investors signalled their support for pricing carbon. Together these leaders represent 52 per cent of global GDP, 54 per cent of global greenhouse gas emissions and almost half of the world’s population.’

Without significant cuts in emissions by all countries, and in key sectors, the window of opportunity to stay within less than 2 degrees will soon close forever:

‘As we look forward to Lima later this year, and Paris in December 2015, let us look back on today as the day when we decided – as a human family – to put our house in order to make it sustainable, safe and prosperous for future generations.’

Moving markets across a wide range of sectors is essential for transforming economies at scale. Mobilising sufficient public and private funds for low-carbon, climate-resilient growth is essential to keep within a less than 2 degree Celsius pathway:

‘Today’s Summit has shown that we can rise to the climate challenge.’

Leaders from private finance called for the creation of an enabling environment to undertake the required investments in low-carbon climate-resilient growth. They announced the following commitments:

Putting a price on carbon will provide markets with the policy signals needed to invest in climate solutions.

Strengthening both climate and financial resilience is a smart investment in a safer, more prosperous future.

‘A new coalition of more than 160 institutions and local Governments and more than 500 individuals committed to divesting $50 billion from fossil fuel investments within the next three-five years and reinvest in new energy sources.’

Governments, business and civil society are creating the coalitions needed to meet the full scope of climate challenge.

The way forward to Lima, Paris and beyond

I thank all the leaders from Government, business, finance and civil society who came to New York with ambition and commitment.