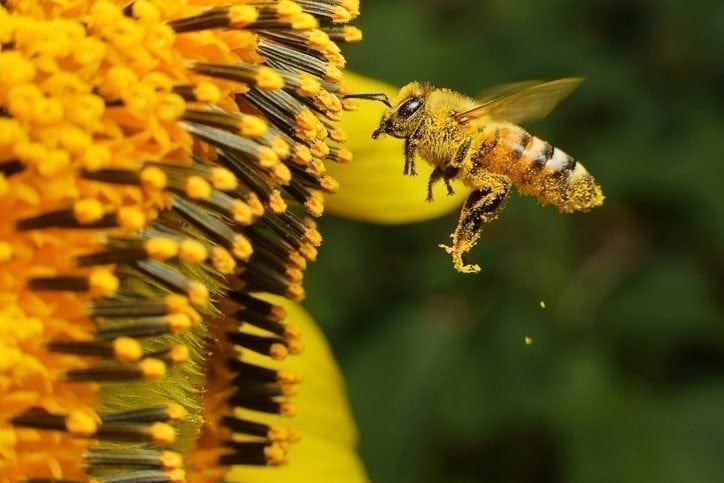 Decision by EU member states is a ‘major victory for science, common sense and our under-threat bees’, says Friends of the Earth

On Friday (27 April) the EU, including the UK, backed a permanent ban on the outdoor use of three bee-harming pesticides.

The move follows mounting scientific evidence of the threat these pesticides pose to our bees and other wildlife. Earlier this year (28 February), a major assessment of the latest science by the European Food Safety Authority (EFSA) concluded that most uses of neonicotinoid pesticides represent a risk to wild bees and honeybees.

A victory for bees

Emi Murphy is a bee campaigner at Friends of the Earth, which has been campaigning for tougher restrictions on neonicotinoids for a number of years.

Ems said, ‘This a major victory for science, common sense and our under-threat bees. The evidence that neonicotinoid pesticides pose a threat to our bees is overwhelming.

‘It’s great news that Michael Gove listened to the experts and backed the ban – he must now give farmers the support they need to grow food without bee-harming pesticides.

Farmers across the UK are already successfully growing crops without neonicotinoid chemicals.

Campaigns behind the ban

Friends of the Earth Bee Cause campaign was launched in 2012 to reverse bee decline across the UK. In 2013, the government agreed to implement a National Pollinator Strategy following successful campaigning by Friends of the Earth.

‘Neonicotinoids are not the only threat bees face – ministers must urgently step up efforts to boost nature, protect wildlife-friendly habitats and tackle overreliance on pesticides in their post-Brexit farming policy.’

Emi Murphy
Bee campaigner at Friends of the Earth

The decision to ban neonicotinoids comes ahead of the Great British Bee Count, which is taking place again next month (17 May-30 June).