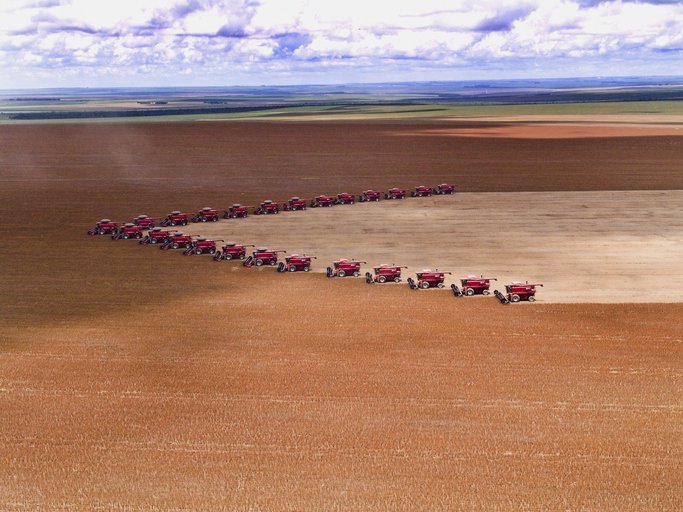 As EU national governments and the European Parliament gear up to discuss the European Commission’s proposal for an EU deforestation law, a new WWF report underscores that the EU could jeopardise its chances to effectively tackle biodiversity loss and global climate change if non-forest ecosystems aren’t included in new legislation from the start.

Based on research conducted and compiled by the consultancy 3keel, ‘Beyond Forests: Reducing the EU’s footprint on all natural ecosystems’ provides an eye-opening insight into the impact of EU consumption on nine ecological regions and the feasibility for companies to keep nature destruction out of their supply chains.

Ecosystems are being destroyed

Presented last November, the European Commission’s legislative proposal would limit the scope of the new law to forests, with the possibility of extending it to other natural ecosystems as part of  the first review of the law.

But according to the report, failing to include other ecosystems from the start would risk shifting agricultural production from forests to savannahs and grasslands, among others.

Grasslands and savannahs can store two times more carbon than tropical forests and the destruction of peatlands is responsible for 5% of global GHG emissions, which is double the emissions of global aviation.

‘The European Commission’s wait-and-see attitude is an inadequate response to the breakneck speed at which these ecosystems are being destroyed. This is particularly worrying given their significance not only for biodiversity, but also our climate. In times of climate emergency and accelerating loss of species, the EU cannot turn a blind eye to the loss of natural ecosystems beyond forests. This law is a unique opportunity to save them.’

The report reveals that a large proportion of commodities imported into the EU is sourced from biodiverse and carbon-rich regions.

More than half of the Cerrado, the most biodiverse savannah in the world, has already been cleared, mainly to make room for soy and beef production.

In 2019, EU imports of beef from the Cerrado accounted for 26% of the EU’s total imported beef and almost one fifth of the beef exports from the region.

An estimated 14% of the Argentine Chaco, a mosaic of natural grassland and savannahs, was converted to agriculture during the 2000s, mainly for soy production. In 2019, the EU imported around 24% of the total soy exported from this biome.

94% of Sumatra’s peatland has been converted or degraded mostly for palm oil, plantation forest for pulp production and rubber.

Approximately 19% of the EU’s imports of natural rubber and 14% of palm oil, palm kernel oil and palm kernel meal could originate from Sumatra.

20% of all timber exported from DRC goes to the EU, making it a significant driver of the country’s timber industry.

Shopping and the planet

The report concludes that the inclusion of products from other ecosystems in due diligence systems is feasible for companies. Several existing laws (e.g. the EU’s Renewable Energy Directive and France’s Duty of Vigilance Law) already extend to ecosystems other than forests, and companies are increasingly implementing policies to ensure conversion-free supply chains.

‘EU Member States and the European Parliament now have the chance to get this right. Including non-forest ecosystems in the scope of the law will give citizens the certainty that the products they buy are not linked to the destruction of our planet.’

WWF has long advocated for legislation on deforestation. Through the #Together4Forests campaign, WWF and other environmental NGOs mobilised 1.2 million people to demand a strong new EU law in December 2020.

The EU is one of the largest importers of tropical deforestation and associated emissions, second only to China.