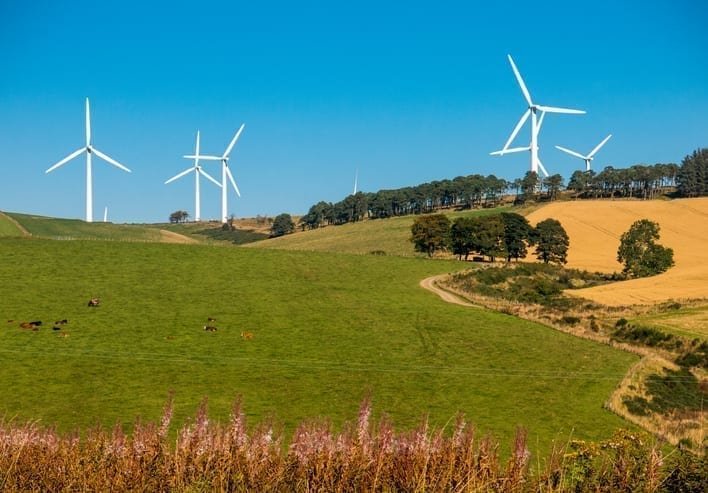 This year, for the first time since the Industrial Revolution, more of Britain’s electricity production will come from zero-carbon energy sources than fossil fuels.

This marks a historic achievement in Britain’s journey towards the UK Government’s target of net zero emissions by 2050, demonstrating leadership in addressing a global challenge.

In May, Britain clocked up its first coal-free fortnight and generated record levels of solar power for two consecutive days, powering more than a quarter of the country’s daily electricity consumption.

Reaching this landmark tipping point in Britain’s clean electricity generation has been achieved following a decade-long revolution in our power sources:

‘This is a watershed moment in British energy history and a sign that we’re broadly heading in the right direction. The question is, are we moving fast enough? As the climate emergency hits home right across the globe from Greenland’s melting ice to India’s scorching heatwave, the clock is ticking on our chances to avoid climate breakdown and public anxiety rightly remains high about the speed of change. This is no time for ministers to pat themselves on the back and uncork the bubbly.

‘With legislation on a 2050 net zero target before parliament and Britain likely hosting next year’s UN climate summit, the UK government has an opportunity to seize the moment and spur world leaders into taking radical action. That means tripling renewables over the next decade so that by 2030 they are 80% of Britain’s electricity mix. If Britain’s efforts to switch to clean energy have come this far despite years of government hostility towards onshore wind and solar energy, just imagine what we could achieve with proper support and investment.’

Britain’s energy system is in the midst of a rapid and complex transformation. The continued move to a clean power system will require significant upgrades to the transmission network, and National Grid is investing around £1.3bn each year to support this transition.

Strides are also being made in areas such as carbon capture and storage and investing over £2bn in new interconnector projects.

2019 marks a turning point. Several significant achievements have helped zero carbon beat fossil fuels so far this year, including the fact that 64.5% of electricity imported to Britain through underwater cables, called interconnectors, has come from zero-carbon sources.

‘The incredible progress that Britain has made in the past ten years means we can now say 2019 will be the year net zero power beats fossil fuel fired generation for the first time. Having reached this landmark tipping point, the question is what are we doing today to get to net zero as quickly as possible?

‘We take our responsibility to run the UK’s electricity and gas energy systems, in accordance with our licence obligations, extremely seriously. We seek to maintain the integrity of these systems while keeping energy costs down for UK homes and businesses. But as we look to the future we are proud to champion world-leading feats of British engineering as we move to a net zero power grid.

‘The interconnectors that connect our electricity grid into Norway’s hydro power are part of this story, as is having the know-how to bring renewable generation onstream to complement conventional sources of generating power. This will help accelerate our progress towards delivering cleaner, greener energy for Britain’s homes, our travel and our work as quickly as possible.’

Britain is moving towards a new era of clean energy as public concern about climate change is at an all-time high. New research commissioned by National Grid found that ‘climate anxiety’ is exacerbated by a perceived lack of urgency around addressing the problem and the impact this will have on future generations.

Nearly seven out of 10 (69%) of Brits who are concerned about climate change said it was because they believe it’s not being addressed urgently enough. Unaddressed, over a third (38%) of young people said their concerns about climate change would drive them to join a protest, and nearly a fifth (18%) of 18- to 24-year-olds said they are prepared to skip school or work to do this.

The research also identified a demand for clearer information on what action is being taken to reduce emissions. Nearly three in five (56%) Brits worried about climate change stated that more information from government and businesses about what action is being taken would help address their concerns, and almost half (49%) would like regular reporting on Britain’s progress in tackling climate change.

In response, National Grid is publishing data that sets out Britain’s transition to a cleaner energy mix in ways that reach a wider audience through a new website: nationalgridcleanenergy.com.

By 2030, National Grid will have at least six interconnectors operating in Britain, through which 90% of electricity imported will be from zero carbon sources.

Even sooner, by 2025, National Grid’s interconnectors will provide enough energy to power eight million homes via zero-carbon sources. This network of European sub-sea, clean energy super-highways will help to reduce Britain’s carbon emissions from the power sector by approximately 17% (6.0 million tonnes) by 2030 – accelerating our journey to net zero.

National Grid’s fifth underwater electricity cable, the North Sea Link, will plug British homes into Norway’s biggest hydro-dam – known as Europe’s green battery – and 100% of the electricity travelling through it will be from zero carbon sources.

The world’s longest interconnector at 720km is being laid between Blyth in Northumberland and the Blasjo reservoir in Kvilldal, where the biggest hydro power plant in Northern Europe sits amongst Norway’s fjords.

When the team of hundreds of engineers from National Grid and Statnett, the operator of Norway’s power grid complete construction in 2021, the interconnector will enable both countries to share zero carbon electricity more efficiently, accelerating Britain and Norway’s progress towards a net zero emissions target.

Click here to read our article about the falling cost of renewable energy.