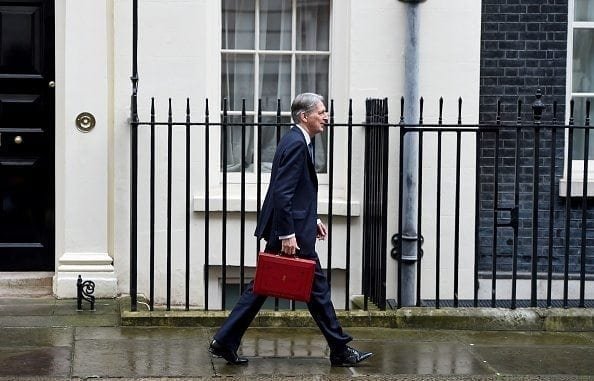 Friends of the Earth slammed yesterday’s budget after the chancellor failed to tackle the UK’s air pollution crisis, which leads to tens of thousands of premature deaths every year.

Mr Hammond also signalled the UK’s continuing addiction to climate-wrecking fossil fuels, saying it was absolutely essential that we maximise the exploitation of remaining North Sea oil and gas reserves.

‘The chancellor did nothing to protect our children from the twin threats of toxic air pollution and climate change.

‘With thousands of people dying prematurely from air pollution every year it’s astonishing that the chancellor didn’t act on dirty diesel.’

‘Idling in neutral’ on diesel

A coalition of politicians, businesses, taxi drivers, health professionals and environmentalists had called for a diesel scrappage scheme ahead of this year’s Budget.

Earlier this week, a Friends of the Earth poll by YouGov revealed that nearly half of car-owning British adults (45%) would be likely to change their car to a less polluting model if they were given government-backed financial assistance.

Commenting on government plans to maximise the exploitation of the UK’s remaining North Sea oil and gas reserves, Friends of the Earth’s senior climate campaigner Simon Bullock said, ‘This Budget signals more support to gas and oil corporations, at a time when we desperately need stronger action to tackle climate change.’

In December the government said 70-75% of the world’s coal, oil and gas must stay unused to tackle climate change – and now the chancellor has said it’s essential we exploit all our North Sea gas and oil reserves.

Friends of the Earth is calling for much stronger and quicker action from the government to meet EU legal limits on air pollution in the shortest time possible.

‘A scrappage scheme aimed at the most polluting vehicles, paid for by a one-off charge on new diesel cars, would have been an important step forward in tackling this public health crisis.

‘Rapid government measures are needed to clean up the pollution from Britain’s vehicles – but Hammond and May seem to be stuck idling in neutral.’

The Solar Trade Association (STA) expressed dismay that the chancellor also failed to drop business rate hikes of up to 800% on organisations using their own rooftop solar.

The association is concerned about the 44,000 solar microgenerators who are currently exempt from business rates, and who face a nasty shock from April.

The tax hike comes as rooftop solar deployment is at a six-year low. The STA has been pressing government for nine months to drop the unfair rate hike, which does not reflect the increased rental value of properties.

‘We are dismayed that responsible organisations that use their own rooftop solar are still facing an extreme business rate rise of up to 800% from April. Some fossil fuel technologies are already exempt from business rates, and today the Chancellor again took special care of oil and gas. It is surprising that the Treasury’s tax policies tend to yesterday’s technologies while putting clean, modern solar at a competitive disadvantage. The Chancellor says he wants the UK at the ‘cutting edge of the global economy”- his tax policies for energy risk the opposite.’

The STA will continue to oppose the business rate rise and will now look to Parliament to support corrective action.

Click here for more on the ‘choice between diesel cars and people’s lives’.