Here's what it means 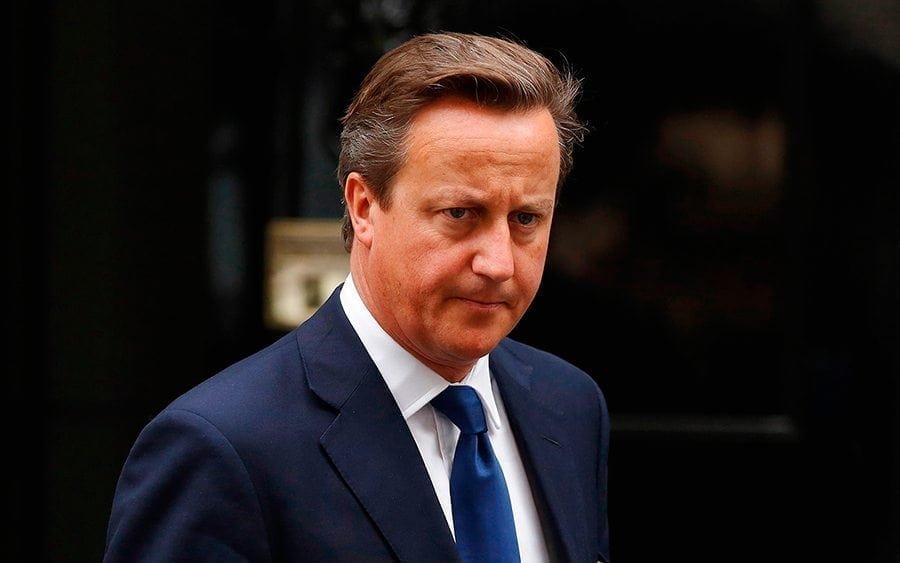 In the Tory manifesto, Cameron maintains that his has been the ‘greenest government ever.’

In the same document he confirms that all parts of the UK will soon be helping to deliver energy from the Hinkley Point nuclear power station. He has also pledged to continue to support the development of shale gas and end any new public subsidy for onshore wind farms.

Confused? Here are some of the key Tory action plans.

‘We will spend £3 billion from the Common Agricultural Policy to enhance England’s countryside over the next five years, enabling us, among other things, to clean up our rivers and lakes, protect our stonewalls and hedges, and help our bees to thrive. We will ensure that our public forests
and woodland are kept in trust for the nation and plant another 11 million trees.

‘We will make it easier to access our beautiful landscapes, by providing free, comprehensive maps of all open-access green space. Building on our introduction of a five pence charge on single-use plastic bags, we will review the case for higher Fixed Penalty Notices for littering and allow councils to tackle small-scale fly-tipping through.

‘We will launch an ambitious programme of pocket parks – small areas of inviting public space where people can enjoy relief from the hustle and bustle of city streets. We will protect the Green Belt, and maintain national protections for Areas of Outstanding Natural Beauty, National Parks, Sites of Special Scientific Interest and other environmental designations.’

‘We will continue to do even more to tackle air pollution and clean up our rivers and waterways, including supporting the Thames Tideway Tunnel. We have spent over £3 billion on improving flood defences, and capped the cost of flood insurance. We will now go further, building 1,400 new flood defence schemes, to protect 300,000 homes.

‘We will build new roads and railways in a way that limits, as far as possible, their impact on the environment. This includes investing £300 million in cutting light pollution from new roads, doing more tunnelling, building better noise barriers and helping to restore lost habitat. We will also replace locally any biodiversity lost in the construction of High Speed 2.

‘We set up the Natural Capital Committee to put hard economic numbers on the value of our environment, and we will extend its life to at least the end of the next Parliament. We will work with it to develop a 25 Year Plan to restore the UK’s biodiversity, and to ensure that both public and private investment in the environment is directed where we need it most.’

‘Our aim is for almost every car and van to be a zero emission vehicle by 2050 – and we will invest £500 million over the next five years to achieve it. We want to double the number of journeys made by bicycle and will invest over £200 million to make cycling safer, so we reduce the number of cyclists and other road users killed or injured on our roads every year.’

‘We will continue to support the safe development of shale gas, and ensure that local communities share the proceeds through generous community benefit packages. We will create a Sovereign Wealth Fund for the North of England, so that the shale gas resources of the North are used to invest in the future of the North. We will continue to support development of North Sea oil and gas.

‘We will provide start-up funding for promising new renewable technologies and research, but will only give significant support to those that clearly represent value for money.

‘All parts of the UK will soon be helping to deliver secure, affordable and low-carbon energy, from the Hinkley Point nuclear power station.

‘Onshore wind now makes a meaningful contribution to our energy mix and has been part of the necessary increase in renewable capacity. Onshore windfarms often fail to win public support, however, and are unable by themselves to provide the firm capacity that a stable energy system requires. As a result, we will end any new public subsidy for them and change the law so that local people have the final say on windfarm applications.’

‘Earlier this year, we announced the creation of a new Marine Protected Area around the Pitcairn Islands – the largest protected expanse of sea in the world. We will now go even further, creating a Blue Belt around the UK’s 14 Overseas Territories, subject to local support and environmental need.

‘We will designate a further protected area at Ascension Island, subject to the views of the local community. And, off our own coasts, we will complete the network of Marine Conservation Zones that we have already started, to create a UK Blue Belt of protected sites.’

‘The quality of the food on your plate, and the economic security of our farmers, depend on us upholding the highest standards of animal welfare. We will push for high animal welfare standards to be incorporated into international trade agreements and into reform of the Common Agricultural Policy.

‘We will ban wild animals in circuses and press for all EU member states to ensure that animals are only sent to slaughterhouses that meet high welfare standards. We will encourage other countries to follow the EU’s lead in banning animal testing for cosmetics and work to accelerate the global development and take-up of alternatives to animal testing where appropriate.

‘We want people to integrate fully into British society, but that does not mean they should have to give up the things they hold dear in their religion. So while we will always make sure the Food Standards Agency properly regulates the slaughter of livestock and poultry, we will protect methods of religious slaughter, such as shechita and halal.’

‘We will oppose any resumption of commercial whaling, and seek further measures at the EU and internationally to end shark-finning. We will promote effective worldwide measures for tuna conservation, press for a total ban on ivory sales, and support the Indian Government in its efforts to protect the Asian elephant.

‘We will press for full ‘endangered species’ status for polar bears and a ban on the international trade in polar bear skins, as well as for greater attention to be paid to the impact of climate change on wildlife and habitats in Polar Regions in the Arctic Council and other international fora.’

‘We have been the greenest government ever, setting up the world’s first Green Investment Bank, signing a deal to build the first new nuclear plant in a generation, trebling renewable energy generation to 19 per cent, bringing energy efficiency measures to over one million homes, and committing £1 billion for carbon capture and storage.

‘We are the largest offshore wind market in the world We will push for a strong global climate deal later this year – one that keeps the goal of limiting global warming to two-degrees firmly in reach. At home, we will continue to support the UK Climate Change Act. We will cut emissions as cost-effectively as possible, and will not support additional distorting and expensive power sector targets.’

Click here to read all the Conservative Party’s pledges.