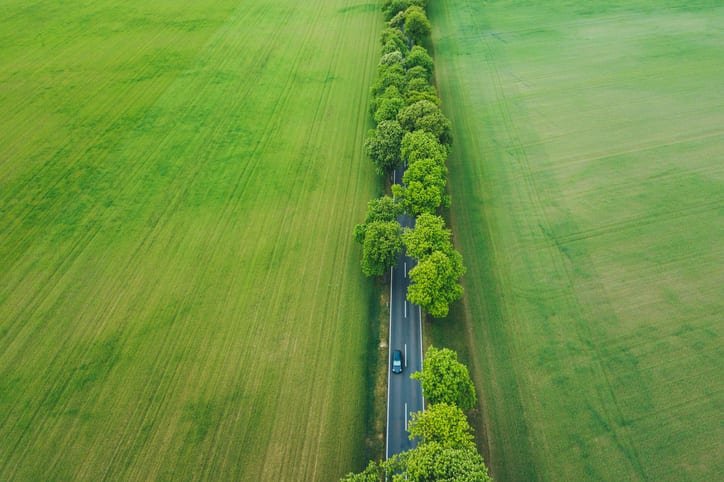 With just months to go until major climate summit COP26, the plan provides a ‘greenprint’ to cut emissions from our seas and skies, roads and railways, setting out a pathway for the whole transport sector to reach net zero by 2050.

Cleaner transport will create and support highly skilled jobs; the production of zero emission road vehicles alone has the potential to support tens of thousands of jobs worth up to £9.7 billion GVA in 2050.

This will also ensure the air we breathe is cleaner in our communities, and reduce time spent in traffic.

Phasing out diesel and petrol

As part of this vision, the government has also announced its intention to phase out the sale of new diesel and petrol heavy goods vehicles (HGVs) by 2040, subject to consultation.

Combined with the 2035 phase out date for polluting cars and vans, this represents a world-leading pledge to phase out all polluting road vehicles within the next two decades.

£2.8 billion has been pledged to help industry and motorists make the switch to cleaner vehicles.

‘The UK’s world-leading targets on the electrification of road transport, now including trucks, show this government can do the right thing, but their vision for transport still seems limited to roads, with healthier and more sustainable modes of transport overlooked.

‘Electric vehicles reduce the carbon emissions from road transport, but do nothing to reduce the volume of traffic blighting our towns and cities. If we want our roads to be as pleasant to use as the roads in car adverts, we’ll need to get a lot of people and a lot of goods off them, and that means government support for rail and active travel at a level we haven’t seen yet.’

£2 billion investment has also already been pledged for cycling and walking, and the Transport Decarbonisation Plan sets out how the government will improve public transport and increase support for active travel. The goal is to make them the natural first choice for all who can take them.

The plan sees the creation of a net zero rail network by 2050, net zero domestic aviation emissions by 2040 and leadership in the transition to green shipping.

‘Transport is not just how you get around. It is something that fundamentally shapes our towns, cities, and countryside, our living standards and our health. It can shape all those things for good, or for bad. Decarbonisation is not just some technocratic process. It’s about how we make sure that transport shapes quality of life and the economy in ways that are good.

‘It’s not about stopping people doing things: it’s about doing the same things differently. We will still fly on holiday, but in more efficient aircraft, using sustainable fuel. We will still drive, but increasingly in zero-emission cars.

‘The Transport Decarbonisation Plan is just the start – we will need continued efforts and collaboration to deliver its ambitious commitments, which will ultimately create sustainable economic growth through healthier communities as we build back greener.’

A mainstream shift to EVS

The government has also published a green paper setting out the regulatory framework requiring vehicle manufacturers to improve the fuel efficiency of new cars, vans and HGVs, enabling the country to meet the phase out dates while creating new jobs for the automotive sector and delivering certainty for drivers.

This includes consulting on the possible introduction of a new phased industry mandate for zero emission vehicles.

The government has also published a 2035 Delivery Plan which brings together all of the measures for decarbonising cars and vans, from across government, into a single document.

It outlines the key timelines, milestones and how progress towards the commitment to deliver mass ownership of zero emission cars and vans will be monitored.

This follows recent investments from car manufacturer Nissan to produce its new-generation electric in Sunderland, alongside Envision’s new Gigafactory, as well as Stellantis’s investment in Vauxhall’s Ellesmere Port manufacturing plant to transform the site for a new era in electric vehicle manufacturing.

‘This is the first zero emissions transport mandate for a major economy and is a great opportunity ahead of COP26 to show the UK’s commitment to clean transport and clean air. The government has already committed significant investment for EV charging infrastructure, and today’s announcement will be a further boost, giving the industry and consumers clarity and confidence for the road ahead, not just for cars but other forms of transport too, including heavy goods vehicles.’

Acknowledging that aviation has ‘a vital role to play in tackling climate change’, the government has also launched the Jet Zero consultation which commits the sector to a net zero emissions target by 2050.

The consultation sets out an action plan for how it can be achieved – ensuring everyone can continue to fly for holidays, visits to family and business without contributing to climate change.

‘I welcome the leadership from government in committing to a target of net zero emissions from aviation by 2050, and recognising that the aviation industry is committed to delivering on this too. We look forward to working with Government to translate this ambition to action and deliver a future where people can continue to enjoy the benefits of air travel – without worrying about their impact on the environment.’

Reflecting the fact the UK aviation industry is already leading the way in seeking to reduce emissions from flights, the consultation proposes an earlier target for UK domestic aviation to reach net zero by 2040 as well as for all airport operations in England to be zero emission by 2040.

‘On a pessimistic reading, the government’s plans to decarbonise aviation do not include actually decarbonising aviation, but defer real political action by claiming to be on the brink of technological breakthroughs. These may well never materialise, while emissions continue to increase, and then we end up with a host of dodgy offset schemes and call that decarbonisation.

‘This will cost a lot of money and do little to aid human survival, but it allows frequent fliers to carry on polluting while pretending that we’re doing something. Our strategy for paying the mortgage should not be a big bet on the Grand National. Far better would be if government actually grasped the nettle, recognised that frequent flyers are the real problem and used progressive taxes to bring demand under control.’

The government has also announced that it has brought forward the target date for the whole central government fleet of 40,000 cars and vans to be fully zero emission by 2027, three years earlier than previously planned.