Don’t be a fossil fool 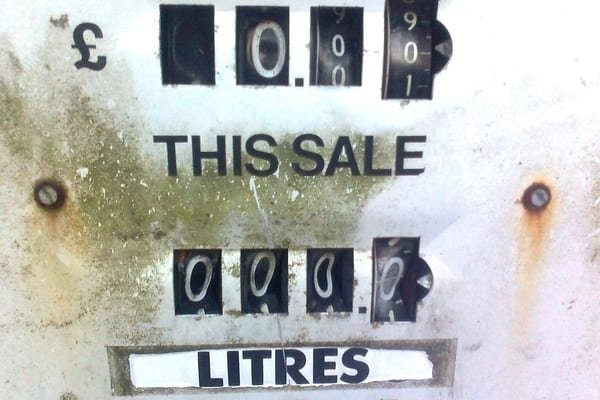 Triodos Bank, Europe’s leading ethical and sustainable bank, is helping people shift their money away from fossil fuels so they don’t end up ‘a fossil fool’ this ISA season.

Triodos’ new survey of over 2,000 consumers reveals nearly two-thirds (63%) of Brits now agree that in response to the climate emergency, our money needs to be moved away from fossil fuels and invested in clean energy instead.

A similar majority (61%) acknowledges that fossil fuels are undoubtedly damaging the planet, and four in 10 (41%) believe having any money invested in the fossil fuel industry is morally wrong.

Thousands of Brits are unknowingly investing their money into ISAs that support the fossil fuel industry. As much as £16 billion could be supporting fossil fuels through British stocks and shares ISAs.

Part of the problem is a chronic lack of transparency. According to the Triodos research, two-thirds of Brits (65%) admit to having no idea if their money or savings currently support climate-damaging fuels such as oil, gas and coal.

Seven in 10 respondents said that banks and savings providers need to be more transparent about where their money is invested.

‘The UK’s banks should be using the money saved or invested with them to protect the long-term interests of their customers in creating a sustainable future. They’re making fossil fools out of customers, by using their savings to fund fossil fuel projects that are harming everyone’s future, and banks should be pressuring energy companies to change faster. This is all in spite of a clear climate emergency and a growing divestment movement across the world calling for action.

‘There is a strong demand for much greater transparency over where banks invest their money, enabling customers to make informed choices. As you can see from the findings, the majority of people don’t want any of their money to support fossil fuels; so let’s give them the opportunity to act on this, and give them options for ISA savings and investments that combat the climate crisis, while also helping them put money aside for the future.’

According to NGO BankTrack, the top UK banks have poured approximately £150bn into financing fossil fuels since the Paris Agreement was adopted in 2016. This includes £45bn for the expansion of fossil fuels, of which £13bn was invested in fracking.

In contrast, Triodos only lends to organisations that are positively affecting the environment and society. This includes renewable energy, social housing, organic food and farming, Fairtrade organisations and a variety of charities and social enterprises.

In line with the call for change, half of Brits (50%) want to take action with their money, saying they do not want their own money to support the fossil fuel industry in any way, and 37% would switch to a bank that guarantees it will not support the industry.

‘The fossil fuels industry is by far the most damaging to our global climate. Reducing our dependence on these polluting fuels is arguably the single most urgent challenge we face if we are to avoid a really unmanageable climate crisis in the next few decades. We all need to make sure our money isn’t supporting an industry that is harming our planet. Switching your bank or savings provider is an effective way to make a difference and reduce the flow of money towards oil, gas and coal projects.’

As the climate emergency continues to take centre stage in global politics, the time for moving your money is now. ISA season is upon us, providing the perfect opportunity for savers to reassess the impact of their savings and investments.

Acting on the climate emergency

Overall, the movement for individual action in response to the climate emergency is strong – but the research reveals a bigger impact could be made.

The avoidance of single-use plastic came out as the top change respondents would make to take action on climate change – despite not having the biggest impact. Conversely, avoiding fossil fuels (which is the most damaging industry to our climate) scored much lower (34%).

Below is the list of personal changes people would make to take action on climate change.

As with all ISAs, the tax benefits of an ISA depend on your circumstances, and tax rules may change.

To find out more about how you can make a positive impact on the world by switching your savings to an ethical ISA, click here.