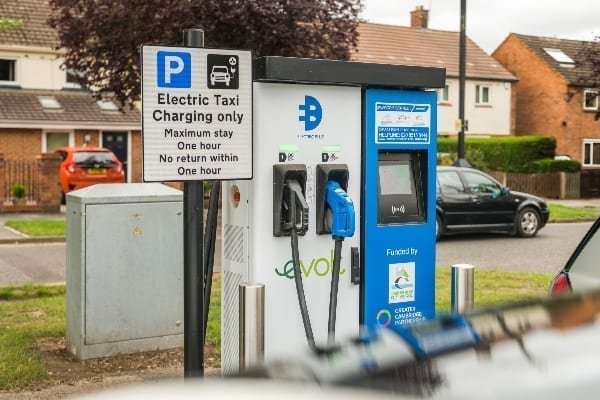 In a cash-strapped sector, one company is offering financial incentives to encourage communities to clean up their air

According to the Royal College of Physicians, every year an estimated 40,000 premature deaths in the UK can be attributed to poor air quality, with an annual cost to society of £20bn. At the same time, the UK Government is facing substantial fines from the EU for repeated breaches of air quality directives.

Together, these factors have placed air quality firmly on the political agenda, and led citizens to demand action.

Like many urban areas, Cambridge has an air quality problem. Despite bike use being among the highest in the UK, Cambridge has a congested road network and the average level of nitrogen dioxide (NOx) in the city centre is above the health-based National Air Quality Objective (NAQO) level.

In recent years air quality has been improving, slowly, in most parts of Cambridge, but there are parts of the city, including the busy central streets, where levels NOx continue to be higher than the legal limits.

The main source of NOx in Cambridge is from vehicle emissions, so Cambridge City Council has developed an Air Quality Action Plan that focuses on ways to reduce these emissions as well as other sources of air pollution.

Founded in 2015, Electric Blue provides EV chargers and services for the UK taxi market, for both public and private use. All its EV chargers are powered by suppliers that provide 100% renewable energy.

Electric Blue was one of the first companies to focus on e-Taxis and has several local authority customers in Hertfordshire, Coventry, Sunderland, Oxford, Essex and the North East. Its target is to support the conversion of over 315 e-Taxis within five years.

While there’s no lack of local will to improve air quality, there is often a lack of funding – so Electric Blue came up with an innovative way to raise money in a cash-strapped sector. Its mission is to help the UK to reduce pollution, boost health and meet legally binding climate change commitments – all while seeking to deliver financial value to its customers and investors.

In 2018 Electric Blue launched a Bond Offer through Ethex to raise £350,000, which is being invested in the installation and management of an EV charger network to support Cambridge City Council in the drive to electrify the city’s taxi fleet. The 18 Rapid chargers and three Fast chargers will be installed in Cambridge before the end of 2019.

£250,000 has been allocated to the capital costs of the charger network, to match funds provided by Cambridge City Council and the Office for Low Emission Vehicles (OLEV). The remaining £100,000 will cover operational expenditure, including servicing and maintenance of the chargers, insurance and the back office for five years.

The charger network that’s being funded by the Bonds will provide the infrastructure necessary to directly support an improvement in Cambridge’s air quality. At the same time it’s driving positive change in Cambridge by reducing noise pollution and supporting the shift to renewable energy sources for transportation.

While the chargers are for taxis only, the project’s success is very likely to see more mixed-user chargers installed over the coming years.

The minimum investment was £500, but community engagement was encouraged by a £250 investment threshold for local residents. As a result, everyone living in Cambridge was given a direct opportunity to use their money to improve the quality of the air they breathe and protect the environment for generations to come.

Based on analysis with Emission Analytics, Electric Blue estimates that each charger can provide 500,000 zero-emission miles per year, and deliver a reduction in CO2 emissions of 106 tonnes per annum. According to Trees For Life, that’s equivalent to planting 636 new trees in Cambridge.

In July 2019 the network powered nearly 15,000 miles; by conservative estimates, that’s like taking 2,503kg of CO2 equivalent emissions off Cambridge’s roads – in just one month. According to Trees for Life and The Forestry Commission Woodland Carbon Code, 15 trees would need to be planted in order to offset the same amount of carbon.

With the full charger network, it’s projected that up to 3,763 tonnes of carbon will be removed from Cambridge’s streets in five years – the equivalent of 376 acres of new forest.

With these figures, you can begin to see the direct impact that EV technology can have on our immediate environment, our health and our economy.

There are more than 280,000 licensed taxis in England alone, which are under increasing pressure from government regulation and increasingly conscious customers to change from highly polluting diesel and petrol vehicles to fully electric, zero-emission cars.

The advantages of electrification are often compelling for taxi drivers; reductions in taxi operating costs can see savings of between £3,000 and £5,000 per year.

The crowdfund surpassed its £350,000 target (in fact it nearly reached £500,000), so Electric Blue will also provide a number of services to help taxi drivers in the city understand and embrace EVs. Examples include demonstration vehicles and a rental programme to support the council’s goal for all taxis to be 100% electric or petrol hybrid by 2028.

By working with local people and authorities, Electric Blue has come up with a fantastically innovative approach that helps communities take charge of their air quality while driving the broader transition to a clean, electric future.

Click here to find out more about Electric Blue.