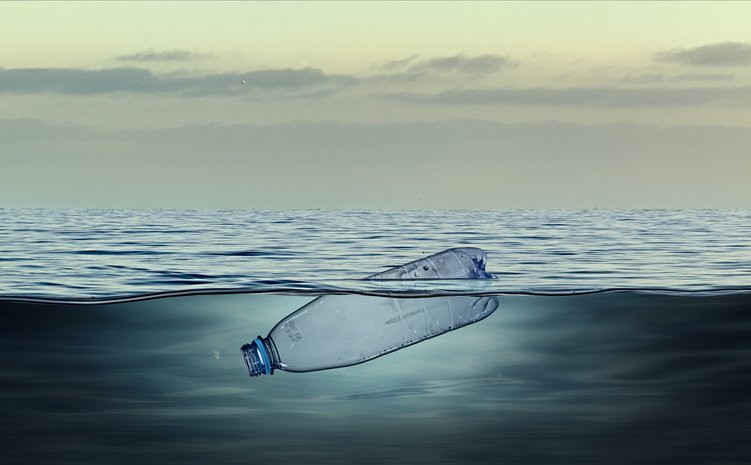 The resolution, endorsed by heads of state, ministers of environment and other representatives at the UN Environment Assembly (UNEA-5) in Nairobi, addresses the full lifecycle of plastic, including its production, design and disposal.

‘Against the backdrop of geopolitical turmoil, the UN Environment Assembly shows multilateral cooperation at its best.

‘Plastic pollution has grown into an epidemic. With today’s resolution we are officially on track for a cure.’

The committee will begin its work in 2022, with the ambition of completing a draft global legally binding agreement by the end of 2024.

It is expected to present a legally binding instrument, which would reflect diverse alternatives to address the full lifecycle of plastics, the design of reusable and recyclable products and materials and the need for enhanced international collaboration to facilitate access to technology, capacity building and scientific and technical cooperation.

‘Today, global leaders sitting in Nairobi heard the millions of voices around the world who are demanding an end to the plastic pollution crisis. This is a clear acknowledgment that the entire lifecycle of plastic, from fossil fuel extraction to disposal, creates pollution that is harmful to people and the planet.

‘This is a big step that will keep the pressure on big oil and big brands to reduce their plastic footprint and switch their business models to refill and reuse. Until a strong global treaty is signed, sealed, and delivered, Greenpeace and its allies will keep pushing for a world free of plastic pollution, with clean air and a stable climate.’

A ‘triumph’ over single-use plastics

The UN Environment Programme (UNEP) will convene a forum by the end of 2022 that is open to all stakeholders in conjunction with the first session of the INC, to share knowledge and best practices in different parts of the world.

It will facilitate open discussions and ensure they are informed by science, reporting on progress throughout the next two years.

Finally, upon completion of the INC’s work, UNEP will convene a diplomatic conference to adopt its outcome and open it for signatures.

‘Today marks a triumph by planet Earth over single-use plastics. This is the most significant environmental multilateral deal since the Paris accord. It is an insurance policy for this generation and future ones, so they may live with plastic and not be doomed by it.

‘Let it be clear that the INC’s mandate does not grant any stakeholder a two-year pause. In parallel to negotiations over an international binding agreement, UNEP will work with any willing government and business across the value chain to shift away from single-use plastics, as well as to mobilise private finance and remove barriers to investments in research and in a new circular economy.’

The impact of plastic

The impacts of plastic production and pollution on the triple planetary crisis of climate change, nature loss and pollution are a catastrophe in the making.

By 2050 greenhouse gas emissions associated with plastic production, use and disposal would account for 15% of allowed emissions, under the goal of limiting global warming to 1.5°C (34.7°F).

More than 800 marine and coastal species are affected by this pollution through ingestion, entanglement and other dangers.

Some 11 million tonnes of plastic waste flow annually into oceans. This may triple by 2040.

‘Last year A Plastic Planet called for a global treaty to tackle plastic pollution, and the world’s leaders have listened. We applaud the UNEA for seeing through the fossil fuel lobbying, acknowledging that we must consider the impact of plastic through its entire lifecycle, its impact on health, and crucially, making this treaty legally binding. These three points are fundamentally key to the treaty being effective.

‘This is a huge opportunity for governments around the world to turn the tide on plastic and show industry that simply pumping out plastic with no responsibility for the devastation it causes is no longer acceptable. Plastic is not a pollution problem or even a waste problem. It is a design problem, a production problem and this is where industry has a great opportunity to be a part of the solution now.

‘A Plastic Planet urges every stakeholder to seize it with both hands, build national action plans and enact a treaty that will measurably loosen fossil fuel plastic’s grip on our planet.’

A shift to a circular economy can reduce the volume of plastics entering oceans by over 80% by 2040; reduce virgin plastic production by 55%; save governments $70 billion by 2040; reduce greenhouse gas emissions by 25% and create 700,000 additional jobs – mainly in the global south.

The historic resolution, titled ‘End Plastic Pollution: Towards an internationally legally binding instrument’ was adopted with the conclusion of the three-day UNEA-5.2 meeting, attended by more than 3,400 plus 1,500 online participants from 175 UN member states, including 79 ministers and 17 high-level officials.

The Assembly will be followed by ‘[email protected]’, a two-day Special Session of the Assembly marking UNEP’s 50th anniversary, where Member States are expected to address how to build a resilient and inclusive post-pandemic world.