UK SALES OF FAIRTRADE PRODUCTS FALL FOR THE FIRST TIME EVER 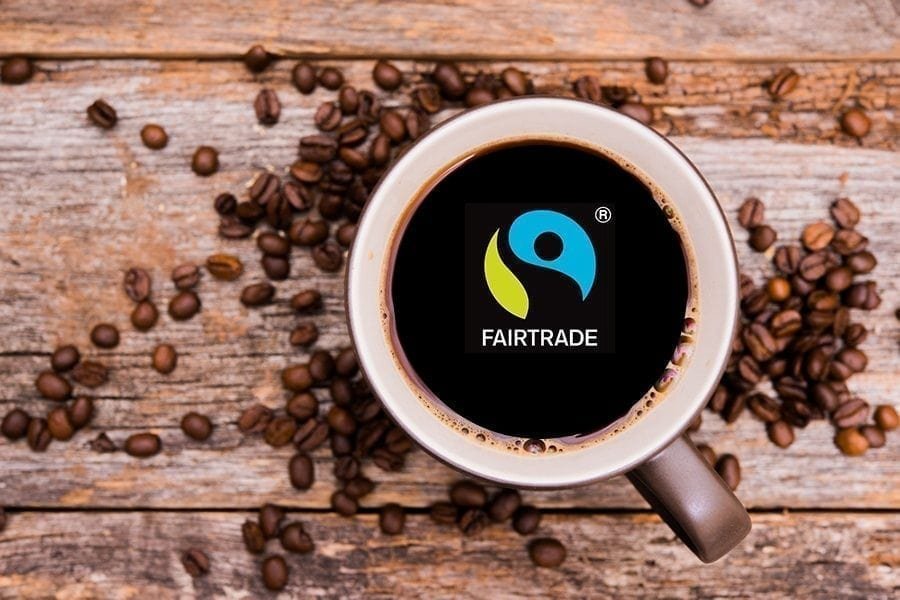 At the beginning of Fairtrade Fortnight 2015 (23 February–8 March), figures released by the Fairtrade Foundation show sales of products certified under the ethical labelling scheme are down.

The entire grocery sector has faced challenges recently, but some Fairtrade products have performed well despite the current economic climate. Sales of bananas, which were the focus of the Fairtrade Foundation’s Make Bananas Fair campaign, grew 3% by volume, in part due to Tesco relisting a product line early in the year.

Sales of coffee, the focus of Fairtrade’s Great British Fairness Debate campaign, increased 2% by volume, with Fairtrade switches by Tesco, Waitrose and Wild Bean Café, plus innovations such as Fairtrade coffee pods from brands including Cafédirect and Marks & Spencer, playing their part. Volumes of Fairtrade tea and Fairtrade cocoa sales fell slightly, by 1% and 2% respectively.

In non-food categories, the launch of Fairtrade roses in Aldi and increased Fairtrade flower sales in Asda, Sainsbury’s and the Co-operative, meant that 25 million more stems were sold in 2014 than in 2013, boosting sales volumes of Fairtrade flowers by 30%.

‘For the first time in our 20-year history, the traditional grocery market has been contracting, and the value of food spending is in decline. Given Fairtrade is increasingly part of this mainstream, it’s no surprise that these wider trends are having an impact on Fairtrade sales.

‘Our main concern now is that increasingly aggressive competitive behaviour in the grocery sector could undermine the volumes farmers and workers are able to sell on Fairtrade terms, this will result in real losses to hard working families and communities in some of the poorest countries in the world.’

The new Fairtrade Sourcing Programs for cocoa, sugar and cotton enable companies to source one or more commodities on Fairtrade terms as an alternative to certifying and labelling finished products with the FAIRTRADE Mark.

Last week, Mars became the first UK company to announce a commitment under the new Fairtrade Cocoa Sourcing Program to source all cocoa for Mars Bars sold in the UK and Ireland from Fairtrade-certified sources by autumn 2015.

Building on the Fairtrade certification of Maltesers in 2012, this will take total Fairtrade Premiums paid by Mars globally to Fairtrade cocoa cooperatives in West Africa to US$2m per year by 2016.

‘Business appetite to collaborate with Fairtrade remains incredibly strong. To have Mars leading the way with the first commitment to our Fairtrade Cocoa Sourcing Program, on such an iconic brand as Mars Bars, is fantastic news both here in the UK and on the ground with cocoa cooperatives in Côte d’Ivoire.’

The move means that four of the UK’s top chocolate brands are now directly working with Fairtrade certification.

Waitrose has also announced that it is stepping up its Fairtrade relationship. A new sustainability partnership announced last week by Waitrose and the Fairtrade Foundation, the first of its kind for either organisation, is also expected to benefit producers in developing countries.

The partnership establishes a new and collaborative way of working together, whereby Fairtrade and Waitrose will share best practice, experience and a joint ambition to build upon sustainable supply chain models.

At Waitrose, it will mean that as well as its range of Fairtrade-certified products, the work of the Waitrose Foundation will be verified by the Fairtrade Foundation. This will be the first time the organisation verifies a third-party scheme.

The Fairtrade Foundation will provide guidance to the Waitrose Foundation as it expands the trading model into countries and regions where it does not currently operate, but where Fairtrade has experience.

Sugar cane and the EU

For some Fairtrade producers, access to the UK market looks set to become even more challenging in 2015.

The Fairtrade Foundation’s Sugar Crash report highlights the crisis facing sugar cane farmers in developing countries because of an EU reform that will lift the cap on European beet sugar production.

Fairtrade is calling for the EU to support these sugar cane farmers to increase their productivity, find new markets or diversify, and is calling on shoppers to continue buying Fairtrade cane sugar – which is already seeing a decline in sales as a result of the EU reform and fall in global prices in the last three years.

First held in 1995, this year’s Fairtrade Fortnight campaign turns the spotlight on the producers who grow some of our favourite everyday foods – including cocoa, sugar and tea – to show the difference that Fairtrade makes to their lives and why Fairtrade is urgently needed.

A new short film, Fairtrade Matters, gives a glimpse into the life of a tea farmer and a tea worker in Malawi. It will be shown at hundreds of screenings across the UK organised by Fairtrade campaigners.

Today, more than 1.5 million people – farmers and workers – across more than 74 developing countries benefit from the international Fairtrade system.

Over 5,000 products – from lychees to gold – have been licensed to carry the FAIRTRADE Mark in the UK.
For more information on Fairtrade Fortnight, have a look at the Fairtrade Foundation’s website and resources.