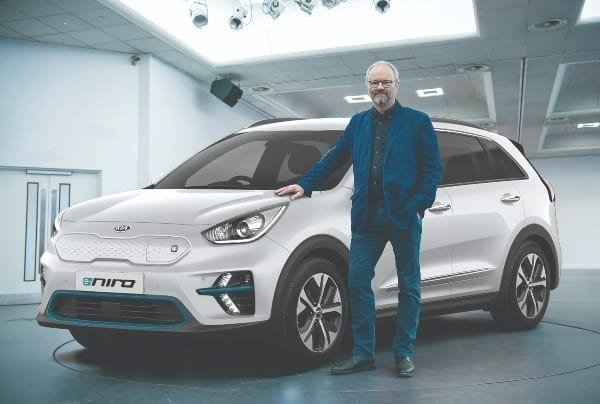 Robert Llewellyn’s Fully Charged will once again be brought to life at the the Fully Charged LIVE exhibition (Friday 07-Sunday 09 June 2019), which will take place at the world-famous Silverstone circuit at the heart of the UK’s motorway network.

Wider awareness of climate change and air pollution has seen interest in low-emission vehicles and low-carbon technologies soar – and with it the popularity of Fully Charged.

The show has a highly engaged global audience and averages around three million episode views a month. Its informative, entertaining take on the future of energy and transport has inspired a 1,000% increase in YouTube subscribers in the last two years – a surge that has allowed the second Fully Charged LIVE event to double in size.

The exhibition will bring all the elements of a cleaner, cheaper future together in one place. Visitors, who will be treated to electric vehicle transfers from the car parks, will see a comprehensive exhibition of the best clean energy suppliers and renewable technologies, alongside all the electric vehicles the UK currently has to offer.

‘This time last year we were terrified and then more than 6,000 people descended on the show to hear all about the future of energy and transport. So this year we’re really thrilled to be back, taking Fully Charged to another level. The Fully Charged team is working tirelessly to include the ingredients that our audience love in a live format and we are ludicrously excited about welcoming them on 07-09 June. We’ve had huge support from our sponsors and exhibitors, without whom Fully Charged LIVE would not be possible.’

Mark Goodier will host the Fully Charged 500 business conference on Friday 07 June, and there’s a great lineup of hosts across two theatres. 30 live sessions will take place, including: ‘Shouldn’t we be doing more walking, running and cycling?’; ‘Wind, solar & storage’; ‘Car ownership, but not as you know it’; ‘Retrofit your own home, or build an eco-home?’; ‘Electric vehicle myths busted’; ‘How to stop burning money: efficiency and heat at home’; ‘How can energy tariffs change your consumption?’; ‘Plastic pollution, the circular economy and hyper-consumerism’; ‘Scooters, e-bikes and motorbikes’, ‘Electric car round-up’ and many more.
There will be a £1,000 prize draw each day, plus a Solar Edge live music stage with a Craig Charles Funk and Soul Show on the Saturday night. There’s a Fun Zone for big kids of all ages, plus The Racing Bug, The Garages and The Paddock, all crammed with great things to see and do.

Click here to reserve your tickets or learn more about Fully Charged LIVE.