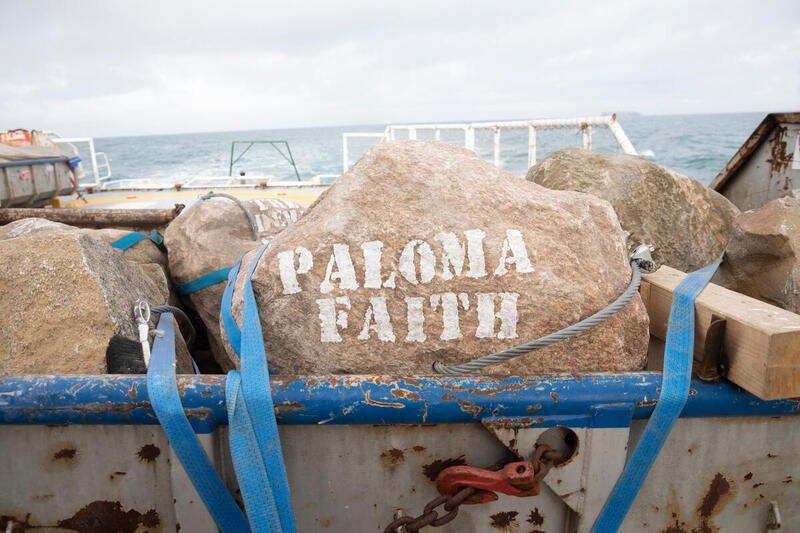 The UK government’s Marine Management Organisation (MMO) is pursuing a private prosecution against Greenpeace over its action to protect part of the Offshore Brighton Marine Protected Area (MPA) from bottom trawling in February 2021.

Today (02 December), at Newcastle Crown Court, the judge will hear legal arguments on whether the MMO has jurisdiction over Greenpeace’s action.

Prosecution has been pursued privately by the MMO at great expense to the taxpayer.

The MMO’s attempt to prosecute Greenpeace for safely protecting nature in areas that the government has already designated as protected is worsening the severe backlog of cases in the justice system.

Earlier this year, the government moved to protect the Dogger Bank MPA from bottom trawling after Greenpeace blocked bottom trawling with a natural rock placement in part of the MPA.

Environment Secretary George Eustice has also agreed to meet with Greenpeace and representatives of fishing communities to discuss the need for greater marine protection.

‘It’s baffling that the Marine Management Organisation are wasting public resources prosecuting us for doing their job for them.

‘We’re facing a climate and nature crisis and in response the Marine Management Organisation has chosen to bury its head in the sand, ignore reality and prosecute Greenpeace for safely protecting nature.

‘Our action, which closed part of the Offshore Brighton Marine Protected Area to destructive bottom trawling, was designed to safeguard nature in an area already designated as protected but which the government has miserably failed to protect.

‘Their job is to protect our oceans. We need to see action against those destroying nature, not protecting nature.’

Greenpeace installed the natural rock protection in the Dogger Bank and Offshore Brighton MPAs to close parts of these protected areas to destructive bottom trawling.

Both MPAs exist specifically to protect seabed habitats, but there were no restrictions on fishing activity in either MPA when Greenpeace constructed its boulder barriers.

Offshore Brighton, one of the MPAs that exists to protect seabed habitats was ploughed by bottom trawlers for 3,099 hours in 2019.

Greenpeace, along with the Marine Conservation Society, revealed earlier this year that 26.5 million tonnes of carbon is stored in the seabed in the UK’s offshore protected areas alone.

The MMO’s previous director of operations, Phil Haslam, decided to prosecute Greenpeace; he has since moved from the MMO to industrial fishing company North Atlantic Holdings, as its managing director.

Since installing the natural rock protection in both MPAs, the UK government has consulted on closing four large MPAs to bottom trawling.

These include the Dogger Bank, where Greenpeace’s first boulder barrier was constructed.

The outcome of this consultation, and whether these will be full closures of the entire MPAs to bottom trawling, has yet to be seen.

Lawyers acting on behalf of Greenpeace will argue that the MMO has no jurisdiction over the actions of the Greenpeace ship, Esperanza, and is trying to twist its licensing powers to prohibit Greenpeace’s actions when they should be used for marine preservation.

Greenpeace is calling for the case to be thrown out, and for the UK government to take urgent action to protect our oceans from industrial fishing by banning bottom trawlers and supertrawlers from all of the UK’s MPAs.