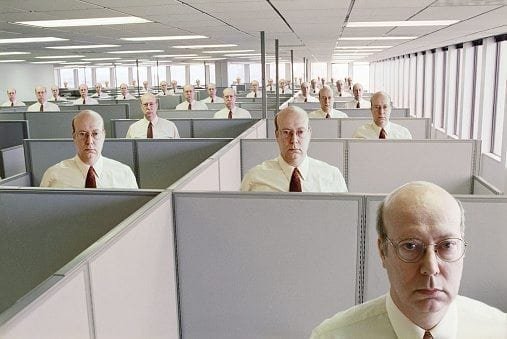 Fed up with the rat race? With no running water and thousands of puffins as your only neighbours, a new National Trust vacancy promises the ultimate escape.

Schmoozing business contacts will be tricky as a ranger on the remote Farne Islands, but it’s a wildlife enthusiast’s dream – promising jaw-dropping sunrises, a one-minute commute and one of England’s largest seal colonies on your doorstep.

Not for the faint-hearted

The National Trust has cared for the islands since 1925. Set a mile off the Northumberland coast, the islands have been protected for 189 years and are one of Britain’s oldest Nature reserves.

Potential applicants will need to be hardy. Rangers on the islands must brave dive-bombing attacks from Arctic terns, no running water and harsh spring storms that can see them marooned on the islands for weeks at a time.

As one of two full-time rangers, the successful candidate will live on the islands for nine months a year. They will be joined by 11 seasonal rangers over the summer, living on the remote islands 24 hours a day for five days a week.

Inner Farne, one of 20 islands that make up the Farne Islands archipelago, was once home to a string of hermit saints 1,500 years ago – most famously Saint Cuthbert.

But with 50,000 visitors to the islands every year, hermits need not apply for the position of ranger.

‘Our Farne Islands rangers are a close knit team. Storms can shut the islands off for days. And with tens of thousands of visitors every year, you really need to be able to get on with people and show them how they can join us to help Nature.’ 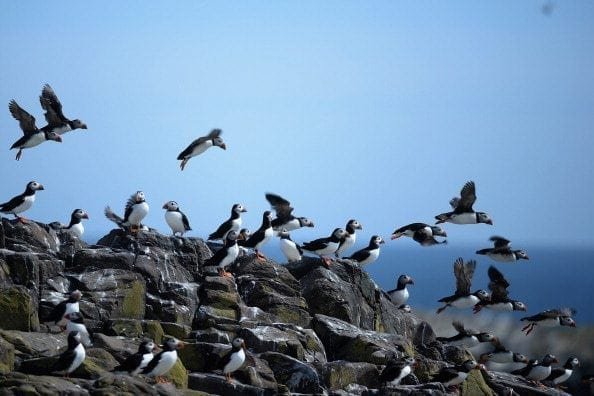 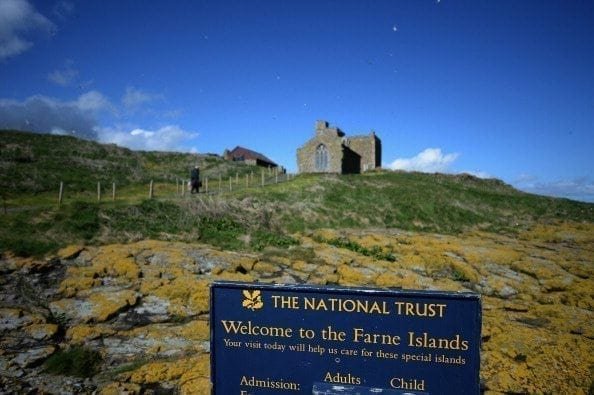 ‘This job isn’t the normal 9 to 5. Being good with PowerPoint isn’t a priority.

‘We’re looking for someone with a passion for wildlife and conservation – and who wants to share that passion with others.

‘Rangers have been based on the Farne Islands for almost 190 years, with scientists carrying out research here for decades. Last year a Springwatch-backed study found that a Farne Islands Arctic tern had made a record-breaking migration, flying 96,000km to Antarctica and back.

‘Living here you truly feel like you’re on the edge of the world. It’s a wildlife-lover’s paradise: open the curtains in the morning and you’re greeted with crowds of fluffy seal pups or scampering Arctic tern chicks.

‘As a ranger you’ll be in charge of monitoring the wildlife and seals on the islands – as well as assisting with scientific research.

‘Every season is different and you’ll be doing everything from carrying out repairs and counting cute seal pups in October to blow-drying sickly Arctic terns or handling puffin chicks during our five-yearly count of the colourful birds.

‘But it’s not a job for the faint-hearted. All our water on the island has to be brought in by boat – and we’ve not got a washing machine. Rangers can end up marooned in their cottage during the seal mating season and the island’s thousands of Arctic terns are known for diving at people’s heads in a bid to defend their chicks.’

Applications for the position of ranger close on 07 February, 2017.

Click here for more on the vacancy and to apply.