In with Trump – out with hate

As world prepares for Trump, global leaders asked to reject politics of fear, division and blame 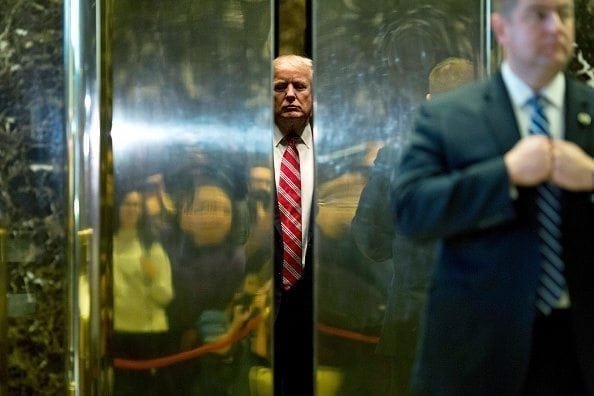 As political and business leaders gathered at the Annual Meeting of the World Economic Forum in Davos this week, the heads of six of the world’s largest campaigning organisations called on them to immediately and urgently repudiate narratives of fear, division and blame, and recommit themselves to working together towards a free, just, sustainable and equitable world.

In a joint statement released ahead of Donald Trump’s inauguration as President of the United States today (20 January), the leaders of Amnesty International, Avaaz, Greenpeace International, International Trade Union Confederation, Oxfam International and Transparency International strongly condemned the new climate of permissiveness for hate crimes and discrimination which has arisen in numerous countries.

They stressed that those who peddle the politics of fear and scapegoating are offering the wrong remedies to social and economic grievances.

‘At a time when justice and human rights face a deeply uncertain future in so many parts of the world, we, the undersigned heads of some of the world’s major campaigning organisations, call on world leaders immediately and urgently to repudiate narratives of fear, division and blame and recommit themselves unambiguously to working together towards a free, just, sustainable and equitable world.

‘We strongly condemn the growing use of hate speech and deeply irresponsible casting of collective blame onto minority groups for real or perceived social and economic ills. The new climate of permissiveness for hate crimes and discrimination which has arisen in numerous countries is deeply alarming, and needs to be tackled urgently and deliberately.

‘At the same time, we recognise that self-styled “anti-establishment” or “populist” politicians and leaders have tapped into a deep sense of disillusionment among people which is often rooted in social and economic grievances and anger over gaping inequality, massive corruption, the decent work deficit, impunity, and the unaccountable exercise of power. However, we believe that those who peddle the politics of fear and scapegoating have offered absolutely the wrong remedies to these grievous ills.

‘The solutions lie instead in policies which seek to ensure social justice, accountability, transparency, decent work, and the fulfilment of all human rights, including economic, social, labour, and environmental rights.

‘We also protest strongly at the trend whereby countless organisations and individuals working for justice and human rights face a constant barrage of criticism, threats and violence, which for some has been a matter of life and death, with little or no redress. This is abhorrent and must be brought to an end.

‘As hundreds of the most influential political and economic leaders of the world gather at Davos this week, our message to world leaders who do not respect human rights is clear: our organisations and the millions of people who stand behind us and the wider movement for human rights and social justice are watching you. We will resist any unjust action every step of the way and make sure you are held to account.’