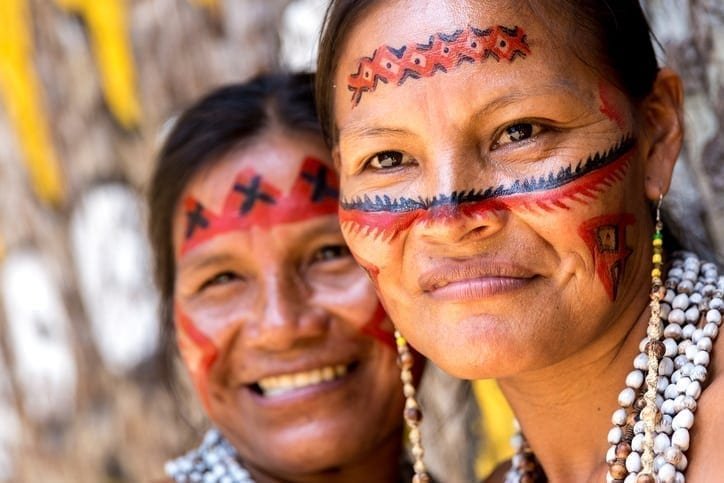 Indigenous Peoples have ownership, use and management rights over at least a quarter of the world’s land surface, according to a new study published in the journal Nature Sustainability.

The 38 million square kilometres (14.6 million square miles) are spread across 87 countries or politically distinct areas, and overlap with about 40% of all terrestrial protected areas.

The results of the study provide strong evidence that recognising the rights of Indigenous Peoples to their traditional lands and waters is not only an ethical obligation, but essential to meeting local and global conservation goals.

The authors say that more collaborative partnerships between Indigenous Peoples and governments would yield significant benefits for conservation of ecologically valuable landscapes, ecosystems and genetic diversity for future generations.

‘Understanding the extent of lands over which Indigenous Peoples retain traditional connection is critical for several conservation and climate agreements’, said Professor Stephen Garnett from Charles Darwin University in Australia, who led the international consortium that developed the maps.

‘Not until we pulled together the best available published information on Indigenous lands did we really appreciate the extraordinary scale of Indigenous Peoples’ ongoing influence’, he said.

‘In many countries Indigenous Peoples are taking an active role in conservation. What this new research shows is the huge potential for further collaborative partnerships between indigenous people, conservation practitioners and governments. This should yield major benefits for conservation of ecologically valuable landscapes, ecosystems and genes for future generations.’

An active role in conservation

There are at least 370 million people who define themselves as Indigenous, are descended from populations who inhabited a country before the time of conquest or colonisation, and who retain at least some of their own social, economic, cultural and political practices. The proportion of countries with indigenous people is highest in Africa and lowest in Europe-West Asia.

Dr Ian Leiper, also from Charles Darwin University, was responsible for assembling much of the mapping information. He said, ‘We are not surprised this has never been done before. It has taken three years to track down credible sources of data from around the world.’

Professor James Watson of the Wildlife Conservation Society (WCS) and University of Queensland a that about two-thirds of Indigenous lands are essentially natural, which is more than double the proportion for other lands.

The study should have particular value for the Intergovernmental Science-Policy Platform on Biodiversity and Ecosystem Services (IPBES) which is coordinating efforts to assess the status and trends of Nature, and the contributions of Nature to people.

Click here to find out more about IPBES and the value of Nature.