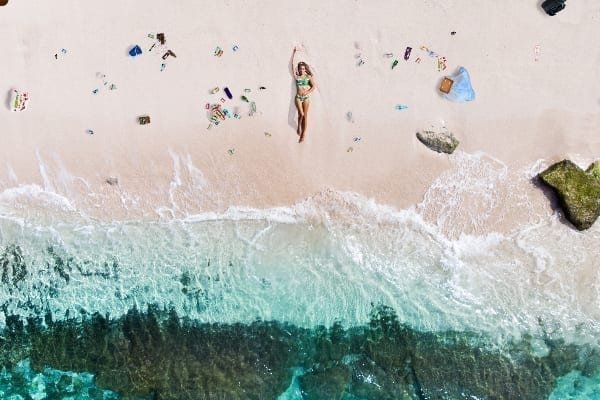 Celebrities and social media stars, including Lily Cole and Love Island’s Lucie Donlan and Paul Knops, have shown their support for fighting plastic pollution in our oceans by joining the #BeachCleanChallenge on Instagram with the UK’s leading marine charity, the Marine Conservation Society (MCS).

The #BeachCleanChallenge aims to show the reality of plastic pollution on beaches around the world; instead of turning the camera away from the plastic that washes up on beaches, Instagram users are ‘capturing the plastic’ and keeping it in shot to show the extent of the problem. Instagrammers then tag five friends to take up the challenge and keep Instagram real.

The reality of plastic pollution

Striking #BeachCleanChallenge shots have been taken around the world including the UK, Australia, US, Canada, the Philippines and Hawaii, with some of the best shots appearing across billboards in London.

By showing the reality of plastic pollution on beaches in some of the most beautiful destinations around the world, it is hoped that Instagrammers will take action – taking their own picture for the #BeachCleanChallenge and helping to clear up plastic pollution.

Canadian fitness guru Wes Myron was inspired to start the #BeachCleanChallenge after the location for a beach photoshoot was found to be covered in plastic.

The location had been chosen by scrolling through Instagram shots of the perfect beach, but when the crew arrived to find it was covered in plastic they opted to take a realistic picture for Instagram of the plastic pollution they had found (before cleaning it up).

‘Instagram, at its best, is a great way to inspire people to make the world better, but there’s a lot of pressure to portray a picture-perfect lifestyle, meaning people often hide away the unsightly realities of the world. However, this shows that nothing is as powerful as keeping it real!’

2. Get a cool Instagram shot, but keep it real and leave the washed-up plastic in the shot.

3. Post the shot, with the hashtag #BeachCleanChallenge, and tag five friends to take on the challenge.

4. Recycle the plastic, of course!

‘Every year an estimated 8 million tonnes of plastic enter the world’s oceans, and by 2050 it is predicted there will be more plastic in the ocean than fish, but you’d never know this from looking on Instagram at picture-perfect beaches.

‘We’d love to see people get involved in #BeachCleanChallenge, get creative and keep Instagram real when they’re on the beach this summer. It’s so important we don’t ‘filter out’ the plastic pollution problem and instead use the power of the collective to encourage others to take action and clean up beaches around the world.’

The Marine Conservation Society hosts the Great British Beach Clean annually on beaches across the UK.