Investing in climate and nature 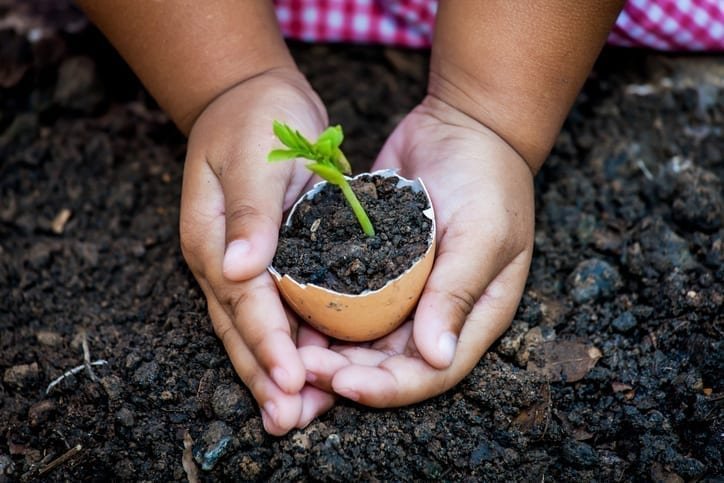 A broad group of 18 civil society organisations, supported by millions of British people, has warned the new chancellor that the government is on course to miss its net zero target and burden the next generation with a ‘planet-sized debt’.

This can be averted, and the forces of a clean industrial revolution unleashed, with a climate emergency budget to boost investment in infrastructure vital for the climate and nature.

In a letter to Sajid Javid, leading NGOs from the environmental, development and health sectors are urging him to use the upcoming Spending Round, anticipated on Wednesday 04 September, to kick-start an ambitious programme of public investment to boost clean infrastructure in ways that can tackle social inequality, create jobs, improve people’s lives and protect British wildlife and nature.

The UK has shown leadership by becoming the first major economy to introduce a net zero carbon target by 2050. But ministers have come under heavy criticism from their own advisers for failing to make progress on cutting emissions, with just one of 25 key policies being delivered over the last year.

‘Nature can’t afford a delay for action on the climate crisis – and we can’t either. The longer we wait the more it will cost us.

‘If our leaders act now we can take advantage of the solutions that nature offers us. Restoring important wildlife habitats such as peatlands, meadows and forests will not only provide a home for some of our best loved species but also lock in and draw down carbon.’

BECCY SPEIGHT
CEO of the RSPB

The group of NGOs have come up with a costed roadmap to tackle the climate and nature emergency.

It estimates the government will need to more than double public investment on climate and nature, from the current £17bn a year to at least £42bn, equivalent to about 5% of government spending, if it is to put us on track to meet its legally binding net zero target.

This investment is in key areas like transport, power, housing, nature protection and support for a just transition, where the UK urgently needs improvements.

During the leadership contest, Boris Johnson said he would be willing to increase public spending to build ‘great infrastructure projects’, but without specifying what those projects might be.

‘Global temperatures, sea levels, and extinction rates are rising relentlessly, and targets alone will not make them stop. No one in government is still trying to argue that this is not an emergency, and yet no one in government is acting as though it is. We are still constantly pumping carbon into the atmosphere, and trying to ignore the problem will leave our children with a damaged world and a planet-sized debt. There’s a strong economic case and an overwhelming moral imperative for the Chancellor to act.’

This matches the 52% percent of people who are ‘very concerned’ about climate change, according to a recent ipsosMORI poll – that’s up from just 18% five years ago.

Of those who wanted an increase in the government’s climate and nature spending, 86% would like to see a total in line with these recommendations or higher.

‘The country is united in wanting an urgent response to the climate crisis and so it’s time for politicians to finally put their money where their mouth is. Introducing a climate emergency budget will mean we can invest in creating warm homes, clean air, easy ways for people to get around and a thriving UK renewable industry. This is the investment Britain is crying out for.’

CRAIG BENNETT
Chief executive of Friends of the Earth

‘Mother of all false economies’

Campaigners are warning the chancellor that failing to deal with the climate and nature emergency now will be the ‘mother of all false economies’, driving up costs, causing more damage to the natural world and leaving issues like draughty homes, poor public transport and air pollution unaddressed.

A landmark review carried out by Lord Stern in 2006 estimated that the global economic costs of not tackling climate change would be 5% GDP in 2050, or 11-14% GDP when wider impacts like health were included.

Progress since has not been enough to assuage his concerns, and Stern now believes the numbers are likely to be worse.

‘Policymakers often talk about the costs of mitigating climate change. However, our analysis shows that such action can also benefit the economy, and early investment can reduce long-term costs of low carbon technologies such as heat pumps. To avoid the worst impacts and costs of climate change, and realise the government’s ambition to lead the global response to climate change, a substantial increase in government support for zero carbon solutions is required.’

A safer place to live

The letter argues that as well as creating thousands of jobs, investing in the right infrastructure will make Britain a cleaner, healthier and safer place to live.

Warmer homes will cut energy bills, as well as the health and economic costs of poor housing, which could be as high as £18.6 billion.

‘We have a moral imperative to act and the Government should use the Spending Review to show it is serious about tackling the climate crisis. Boosting the cash available for making homes and other buildings more energy efficient would be the single cheapest way to cut our country’s carbon emissions. There also needs to be a commitment to investing in the necessary charging infrastructure that will allow drivers to confidently switch to cleaner and greener electric vehicles.

‘Failing to commit now will cost more later and burden future generations. Delay is no longer an option when it comes to the climate emergency and the Government should grasp the opportunity to ensure the UK leads the way in the transition to a low carbon economy.’

Cleaner air will cut costs from air pollution, estimated at £5.3 billion in health and social impacts in England alone.

‘Analysis from the Energy Transitions Commission shows that we can technically deliver net zero emissions at a cost of less than 1% of global GDP; but it will not happen spontaneously. In key sectors like power and light-duty transport, low-carbon technologies are increasingly cost-competitive without any subsidies and governments can act straight away to deploy the necessary infrastructure. Meanwhile, a rapid uptick in government support for new technologies, like hydrogen, required to decarbonise the harder-to-abate sectors of the economy (like heavy industry, shipping or aviation) is economically sensible and absolutely necessary for our future wellbeing.’

Campaigners say some of the money to fund the programme could come from phasing out £10bn worth of fossil fuel subsidies and redirecting funds from high-carbon projects such as road building (£25bn) and Heathrow expansion (£16bn), which make net zero more difficult and expensive to reach.

They also call for a reformed tax system to help shift behaviour away from polluting activities, while helping to address adverse social consequences of the transition.

For example, a frequent flyer levy would ensure that the burden of aviation tax falls on those who fly most frequently.

‘The climate emergency is the biggest environmental crisis of our time. Nature, our planet’s life-support system is in freefall. Heatwaves, droughts and floods are more frequent and more intense because of climate breakdown, putting homes and lives at risk. By destroying our natural world and its resources, we are destroying the very thing we all need to survive and our children’s futures depend on – and this is hitting the poorest hardest and costing the global economy billions each year. Failing to act now would be the mother of all false economies, we must invest in restoring the environment and tackling climate change at home and abroad so that nature can fight back.’

Click here to read our article about why Bojo has to ‘get to grips with the climate emergency’.