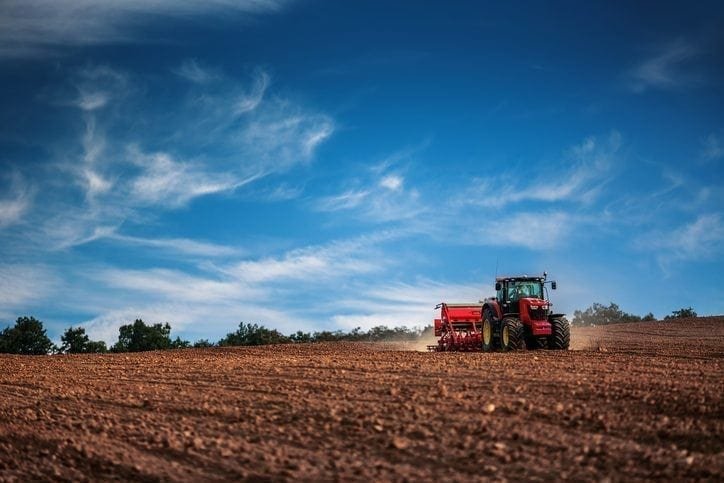 £10m pounds a year in England is needed to ensure the agricultural sector is still productive at the end of the century, and would be enough to reverse the declining health of our rivers.

This is the conclusion of a new report launched by WWF, the Angling Trust and the Rivers Trust. The report also argues that huge benefits could be generated for Nature and society if farm subsidies were redirected to incentivising farmers to change land use in small areas of farmland.

The dirt on soil – all life depends on it and all food needs it, so why aren’t we doing more to protect our soil?

The agriculture sector, which is responsible for £8bn of UK GDP and employs almost half a million people, is at risk due to poor farming and land management practices.

This is causing soil to be destroyed at approximately 10 times the rate it is being created, costing £1.2bn a year in England and Wales.

WWF research has also shown that up to a third of farmers may be non-compliant with England’s current water protection legislation. This has been made worse by lack of enforcement; new data found that the Environment Agency’s current resources only allow for visits to less than 1% of farms each year.

This has led to widespread soil degradation, reducing our future food security; pollution of our rivers from sediment, nutrients, chemicals and slurry from agriculture; increased flood risk to homes and businesses and increased costs for local authorities, water bill payers and port authorities.

The estimated costs of rolling out effective enforcement in England, to prevent soil erosion and pollution of watercourses, would initially be £5.8m per year, but this would decrease after the first five years.

A mere 0.5% reduction in soil degradation costs would cover this and would pay for a ‘two strikes’ model which includes proactive – rather than reactive – checking of farms, issuing warnings and offering advice to correct problems and following up with sanctions and prosecutions for failure to address issues.

Creating a properly funded, locally coordinated advice service is critical to helping farmers implement rules and manage the environment. It is estimated that increased advisory presence in England would cost £3.2m per year.

‘Healthy soil is vital for our national security, yet we continue to cause immense damage to it, not only threatening our long-term food supply but also harming our rivers and wildlife. None of this is inevitable though. We could have a farming system that restores soils and wildlife, while at the same time stopping agricultural run-off polluting our rivers. To do this we need not only the right legislation, however, but also robust enforcement and proper advice for farmers, otherwise new policies simply won’t work. The good news is that this will cost only about 10 million pounds a year.’

The UK government has already signalled its intention to phase out direct payments to farmers and move to a new land management usage system where public money is put towards the provision of public goods.

If small areas changed their use then it could deliver a number of benefits for Nature and society. The report estimates that payments to fully reimburse farmers for changing land-use on small areas would cost less than £500m per year in England.

The current £2bn CAP subsidy for England would easily provide for this, and leave significant room for investment in other environmental objectives and farm business productivity.

‘We have had fine words acknowledging the very serious problem of soil loss and agricultural pollution in both the government’s 25 year Environment Plan and the current Food and Farming White Paper. But warm words are no substitute for action and this report shows how the government really could make good on its promise to use public payments for public good to safeguard future food production and reverse current declines in fish and other wildlife that depend on healthy, unpolluted waterways.’

The future of farming

The report highlights the significant cost savings associated with investing in enforcement, advice and incentives for land-use change and advice. At the moment the UK currently spends £3bn on agricultural subsidies.

The UK government is currently consulting on the future of farming after we leave the European Union. This presents a unique opportunity to shape the future of UK farming, land use and soil protection, ensuring that future generations have good quality soil and water which will benefit Nature, health and the economy of the UK.

Arlin Rickard, chief executive of the Rivers Trust, said the report ‘speaks directly to the government’s current consultation, Health and Harmony: The Future for Food, Farming and the Environment in a Green Brexit, and sets out in stark terms the reality on many farms, together with environmental failings under the current system.’

Arlin added, ‘In the future we must properly support our farmers with the guidance, incentives and funding necessary, not only to produce food to the highest standard, but also the vital ecosystem services that support community health and wellbeing and underpins sustainable socio economic development.’

Click here to find out how organic farming can protect our soil.