Julia Roberts: Save Our Soils 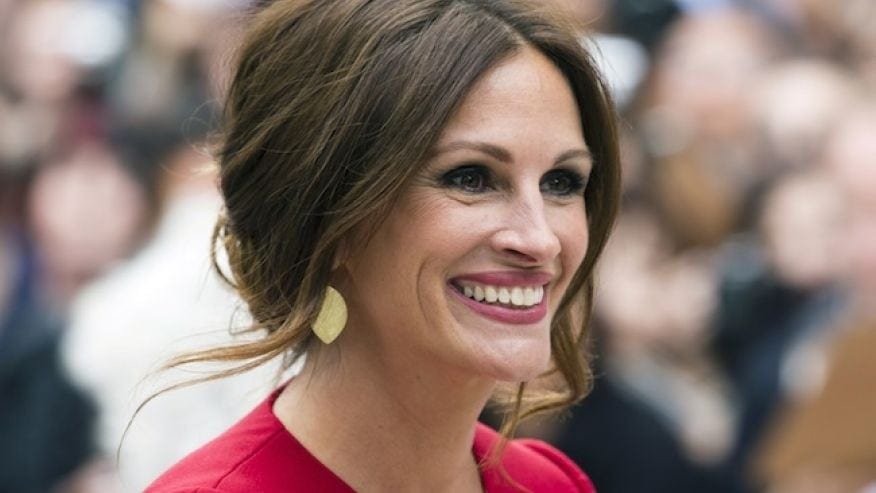 By the time you’ve read this, 9,378 m² of fertile soil will have been destroyed.

To help spread this message and inform consumers about the urgent need to end irresponsible farming practices, Julia Roberts has joined a line of international VIPs to express support for the Save Our Soils initiative.

With 30 football fields of soil being lost every minute to irresponsible farming practices, the UN-backed Save Our Soils initiative aims to inform consumers about the urgent need to halt the loss of irreplaceable soils.

Save Our Soils has recently launched the ‘I like organic’ campaign which encourages consumers to buy organic in order to save soils. By ‘liking’ the Save Our Soils Facebook page or the campaign website, consumers can participate online.

Each ‘like’ will release €5 from the Save Our Soils Fund, enough to save 500m² of fertile soil. By sharing her picture, Julia Roberts is encouraging consumers to join in and buy organic food.

The Celebrating Soil! Celebrating Life! congress is another key element of the Save Our Soils campaign. Organisers hope the event will make people aware of the importance of fertile soils and the threat to soils worldwide.

Royalty, conservationists, spiritual leaders and business leaders will unite in Amsterdam to speak about the central importance of soils for the survival of mankind. Speakers will include Vandana Shiva, Douglas Tompkins and Princess Irene of the Netherlands.

‘No sustainability without transparency’

The Save our Soils campaign was set up by Dutch organic fresh produce specialist Nature & More and the FAO (Food & Agricultural organisation of the United Nations) in order to raise awareness about the importance of healthy soils.

‘We want to support growers to develop sustainable farming practices and save soil fertility. Likewise, we want to encourage consumers to buy sustainably farmed organic food and be conscious of production methods. There can be no sustainability without transparency. Saving the world’s soils is essential not just for our wellbeing, but for the survival of future generations.’

Volkert Engelsman, Dutch entrepreneur, CEO of Nature & More/Eosta and initiator of the Save Our Soils campaign and congress

The campaign has been boosted by celebrity endorsement from the likes of the Dalai Lama, the former Archbishop Desmond Tutu and Charles, Prince of Wales.

Launched in February 2015, the Save Our Soils Fund has so far raised €200,000 to assist farmers worldwide in saving soil fertility through composting workshops, research into best practice and promoting cooperation and knowledge exchange.

By engaging consumers through the ‘I Like Organic’ campaign, Save Our Soils hopes to reach millions with the important message that urgent action is needed to protect soils to secure the world’s food supply.

The Celebrating Soil! Celebrating Life! congress, which takes place as part of the 2015 International Year of Soils and the Save Our Soils campaign, will be staged at Amsterdam’s Royal Tropical Institute (KIT) from 26-27 June.