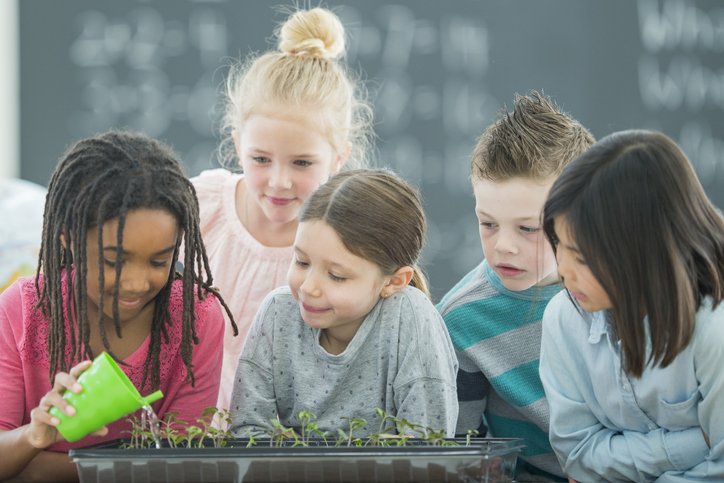 Let’s Go Zero schools have been taking action to cut their emissions with transport, waste, food, water, the school grounds, energy use, procurement and in their teaching.

Initiatives in Let’s Go Zero schools range from the simple to the more extensive and include energy monitoring and installing smart meters; eco-retrofitting draughty old buildings; having annual No Electricity Days; installing solar panels or wind turbines; reducing food waste and composting all the school’s food waste in a biodigester.

Let’s Go Zero schools are full of inspirational actions being taken all over the country by students and teachers.

‘We’re so excited to have reached this milestone in just over a year. Let’s Go Zero schools are leading the way, showing communities, councils and the government how to move fast in a climate emergency. In nurseries, primary and secondary schools, colleges and schools serving children with special educational needs, teachers and students UK-wide have shown that change is possible.’

Let’s Go Zero schools are across England, Scotland, Wales and Northern Ireland. Schools are such an important part of the communities they work for, and with with 544,000 students and 75,500 school staff involved, this campaign is changing communities across the country.

‘When schools make sustainable choices, they help spread knowledge about our climate and the action we can all take to help secure a green economy for future generations. The schools are acting as zero carbon community champions – and influencing and benefiting local businesses as they make their changes.’

Monk Fryston Church of England Primary school in North Yorkshire has not only taken action within the school gates but is also working with the wider community, helping to make all community buildings in their village carbon neutral.

Head teacher Rick Weights said: ‘We believe we can create a blueprint that other rural communities can use.’

The students were involved in awareness raising and designing the project’s logo. The project has shown the students that they can implement change not only within their school grounds but also in the wider community by becoming active citizens.

Making a difference in Scotland

As well as making lots of changes in their own school, children at Corpus Christi School in Glasgow have taken part in science and poetry climate-themed competitions, created a climate pledge that they gave to leaders and contributed to the Glasgow’s Children and Young People’s Climate Charter.

Principal teacher Louise White said: ‘We have a responsibility as educators to teach sustainability in education.’

Corpus Christi Primary students are given responsibility as road safety officers encouraging active travel and as classroom eco monitors responsible for recycling and switching off lights and much more.

They were also very active during COP26, have contributed to Glasgow’s Children and Young People’s Climate Charter and event got to the final of Glasgow’s Social Enterprise Dragon’s Den event with a presentation on a climate justice. It’s all these small changes that schools can make that can add up to a big difference.

Ysgol Bro Dinefwr Secondary School in Carmarthenshire has committed to run on 100% renewable energy in the next three years.

The school will increase the number of solar panels it has and acquire any surplus energy it needs from a local wind turbine.

It is also starting to collaborate with other schools to petition the county council and use collective buying power to request more sustainable food procurement as well as incorporating gardening into students’ school lives.

Ian Chriswick,the school’s assistant head teacher, said: ‘We firmly believe every secondary school should be doing what we’re doing. We have 1,300 human beings in our buildings (including students and staff) so there’s a lot of energy being used – it makes sense to focus on schools.’

Saving ‘everything’ in Northern Ireland

Down High School in Northern Ireland has delivered a very successful ‘Save H20 and Stop the Flow’ campaign to reduce water bills.

The students led the way with video messaging, hippo bags and dripping tap audits. By looking into costs and water saving measures, management discovered that they had been over charged by over £10,000, which may have been missed without the campaign. The school has also been involved in a UK-wide youth-led campaign to government to support farmers to create bee-friendly ecosystems.

All the initiatives that the school runs are student led, often collaborating with other local schools, councils, community members and organisations.

Rachel Wilson, the school’s eco coordinator, said: ‘Sustainability is a key part of life in our school.’