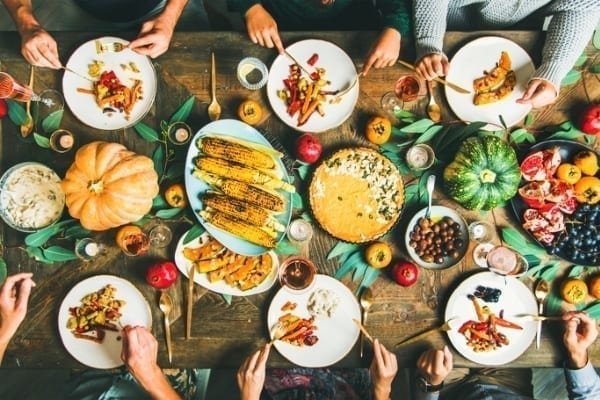 6m Brits to cut down on meat in 2020, putting the resolution alongside recycling and plastic reduction

Research has revealed that 9% of Britons, over 6 million people, are making it their New Year’s resolution to cut down on meat, twice the number who plan to quit smoking.

British consumers are looking at the wider picture and making meat reduction a lifestyle choice, driven by concerns for personal health and the environment.

Changes for the environment

The research, commissioned by British plant-based company The Meatless Farm, shows consumers are putting reducing the amount of meat they eat alongside recycling more and cutting down on plastic, as changes they’re making for the benefit of the environment in 2020.

‘The leading New Year’s resolutions are centred around health, the environment and money. Eating more plant-based food ticks all three of these boxes; with the right products there’s no sacrifice on nutritional value, it’s a positive for the planet as shown in Joseph Poore’s research and we have, for example, complete price parity with meat. There’s no better time to start making changes to your lifestyle than the start of a new decade!’’

Analysis by leading scientist Joseph Poore reveals a number of environmental benefits to this resolution. It would be the equivalent of taking 4.8 million cars off the road, and would reduce agricultural land use by an area nine times larger than the Lake District National Park. It would also avoid 480 million litres of irrigation water being used, the same as 7.8 million showers.

Separate diet intentions research from shopping comparison website finder.com reveals 12 million Brits (23% of the population) say that they will be vegetarian, vegan or pescatarian by 2021.

6.7 million say they follow a completely meat-free diet already, and the vegetarian diet is set to be the most popular diet to take up.

In Finder’s research last year, 11.7 million Brits said they would be meat-free by 2020, and this figure has grown to 12 million who say they will be meat free by 2021.

However, it seems not many were able to stick to a meat-free over the past year. Of the 5.2 million who hoped to completely cut out meat by the end of 2019, only 5% (236,000) have done so. One explanation for this could be a rise in the awareness of ‘flexitarianism’.

The Finder survey found there are currently 230,000 more females than males who do not consume meat (3.9 million vs 3.7 million). However, this year more men than women are planning to go meat free (11% vs 9%).

Millenials are the most meat-free generation at the moment – 15% of this generation said that they currently go without meat by following a pescatarian, vegetarian or vegan diet. By 2021 gen Z could have overtaken millennials though, with 35% of gen Z aiming to be meat free compared with 32% of millennials.

Only 9% of the silent generation are currently meat free and a further 3% plan to go meat-free by 2021, making them the least veggie generation.

‘Although a lot of people seem to have struggled to make the permanent switch to a meat-free diet over the past 12 months, this year’s findings echo our previous research in showing that adopting a veggie diet is a high priority for the UK.

‘Meat-free diets and being ‘flexitarian’ are getting more media exposure than ever so you would expect these positive trends to continue growing. If you don’t eat meat already, or are thinking of stopping, then Finder’s recent study into the most vegan-friendly city in the UK showed that most cities have a good range of options available for vegans.’

According to Finder’s research, the five easiest places in the UK are (in order) Brighton, Falmouth, Bath, Leicester and Newcastle upon Tyne.

In contrast, the study revealed Stoke-on-Trent, Blackpool, Bexley, Dudley and Sutton are the hardest areas for vegans.

Click here to read our article about the UK’s top New Year’s resolutions.