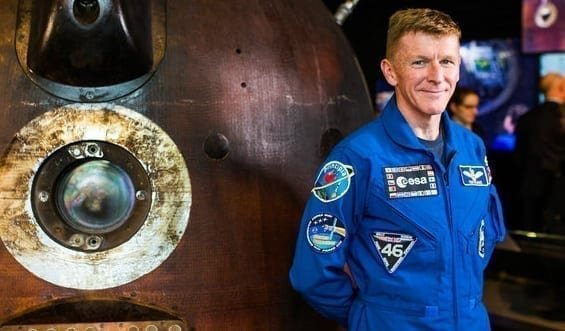 When UK schoolchildren were asked what their new world would be like if the human race started afresh on a different planet, Samsung research found mum and dad would be put in charge and renewables would power the planet.

The research, which quizzed 1,000 UK schoolchildren, was carried out by Samsung as part of its partnership with the Science Museum Group, to present the National Tour of Tim Peake’s spacecraft (Soyuz TMA-19M).

The public will also be able to travel to space and back – just as Tim has – by experiencing Space Descent VR in the newly upgraded space travel VR lounge supported by Samsung.

‘Samsung knows that space travel captures children’s imaginations and we have a mission to spark that curiosity by creating incredible and accessible experiences through technology, helping you to travel beyond your confines and participate in experiences and worlds, you never thought possible.’

Who would be their ideal leaders?

If mum and dad weren’t keen on the top job it seems that kids would most like to rule themselves, with one in five (19%) opting for true democracy on their new planet, with decisions made by ‘everyone’.

Other than democracy and the state of mum and dad, the Obamas (14%) took the top spot for celebrities to rule the world, but it seems like England’s success in the World Cup deems them successful on our new planet, with England manager Gareth Southgate (10%) coming in at second, and even Harry Kane making an appearance on the list (3%).

It’s no surprise that out of the eco-conscious generation, a quarter (23%) will ban plastic bottles from their new home. Renewable or green energy would be powering the planet, with solar energy being the prime choice (66%), followed by wind (11%) and geothermal energy (6%).

In another demonstration of not wanting to repeat the mistakes we have made here on Earth only 5% would be in favour of using nuclear power, while just 1% picked coal or oil.

The spacecraft that transported Tim Peake, the UK’s first European Space Agency astronaut, to and from the International Space Station, landed at Peterborough Cathedral on Saturday 11 August and will remain on show until Monday 05 November 2018.

Click here to find out why plastic is Oxford Children’s Word of the Year 2018.