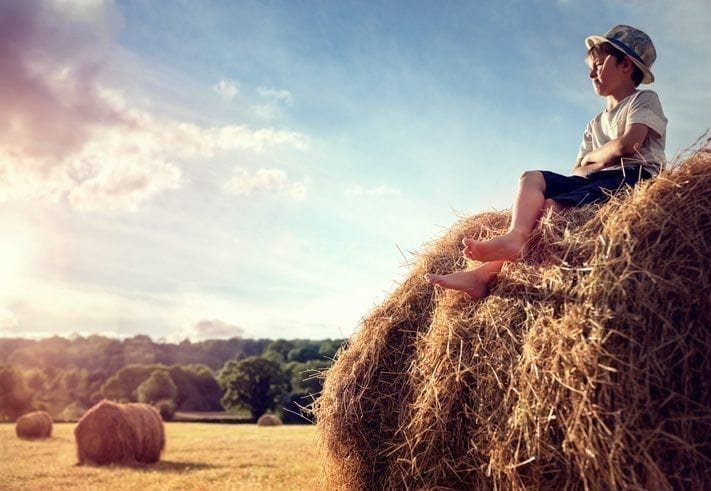 A new WWF poll (undertaken by Populus) has found that 91% of the UK public want the government to pay farmers to protect Nature. The poll also showed that people see an urgent need for steps to protect our natural world, with 85% saying they believe there’s less wildlife in the country than when they were children.

The UK government is currently consulting on a new agriculture bill for England, which proposes paying farmers to take steps, such as planting hedges and farming organically, that provide no direct income but help protect wildlife and Nature.

The new policy will replace the European Union’s Common Agricultural Policy (CAP), which will no longer apply in the UK post-Brexit. Under the CAP, payments to UK farmers total about three billion pounds per year. The CAP has come under repeated attacked for the damage it has caused to wildlife and the environment, with many calls for reforms.

‘Most people can see that our natural world is in dangerous decline. They are noticing fewer butterflies, bees and birds than when they were children and want the government to take action to reverse these trends. Agriculture makes up 75% of the land use across the UK and presents the biggest opportunity we have for turning things around. Supporting farmers to take steps to protect Nature and wildlife could have an enormously positive impact and our survey shows an overwhelming number of people want the government to pay farmers to do this.’

The impact of intensive farming

Alarming statistics show the rapid and ongoing decline of some of the country’s favourite wildlife. Over 30% of species have lost half their population since the 1970s with moths, butterflies and beetles particularly affected. This is having severe knock-on effects for plants and wildflowers, too.

A recent study found that hedgehog numbers in the UK have dropped by at least half since 2001, while numbers of some bird species plummeted between 1970 and 2007, with tree sparrows down 94%, turtle doves 89% and starlings 68%.

River flies that fish feed are at just a quarter of pre-second world war numbers, while the barn owl has suffered a drop of two-thirds in its population since the 1930s. This is in large part due to modern agricultural practices that are wiping out the mice and voles they feed on.

As well as contributing to a huge decline in UK wildlife, the intensive farming encouraged by current policy has also led to massive soil erosion and water pollution.

In contrast, new UK government policies could help support farmers in England to reverse the decline in Nature by reseeding meadows with wildflowers, planting more hedges, farming organically, taking steps to protect and restore soils, mowing meadows later in the year after birds have nested, sowing part of fields with crops that will feed wild birds, using pesticides only as a last resort and blocking drains on hill land, so people downhill get water more slowly (which prevents flooding).

As many farmers will not generate direct income from supporting Nature in these ways, WWF is calling for the new agriculture policy to include a commitment from UK government to pay farmers to make environmental payments so that public money is paid in England to secure these benefits for everyone.

WWF argues that as well as helping wildlife, this will also contribute to improved health and wellbeing as more people will be able to enjoy the benefits that come with access to areas rich in wildlife.

‘We can be the first generation that stops destroying nature and begins restoring it. We can bring back wildlife, clean up the air that we breathe and ensure better public access to enjoy our iconic English countryside.

‘If we are going to do this then farmers must be paid to protect and restore nature. If this doesn’t happen our country may see the illusion of short-term gain from unsustainable industrial farming, but at the expense of nature and future generations living in this country.

‘We all stand to win if we put nature first. Not only will people get to enjoy wildlife, they will have better, safer and more secure food and we will be helping to protect our environment from threats including climate change.’

Click here for more about the cash required for a new agricultural policy that rewards farmers for protecting the environment.