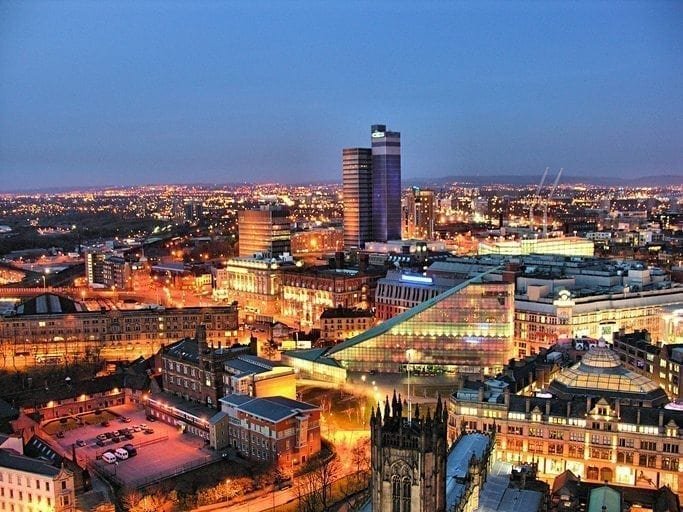 The ‘Plastic-Free Greater Manchester’ campaign has been backed by Mayor Andy Burnham and 43 other business leaders from the hospitality sector.

The campaign is set to put Greater Manchester at the forefront of taking action to eliminate single-use plastics. It’s targeting businesses and local people, encouraging them to switch from single-use plastics to renewable alternatives.

Over the next six months, these businesses will be setting out a plan to achieve their goal. As a first step, they’re starting to replace plastic straws with recyclable alternatives.

As part of this effort, the Mayor will help the campaign to establish a Green City Business Consortium that will bring together Greater Manchester businesses looking to make change from single-use plastics to reusable, recyclable plastics and other alternative materials.

The consortium would be designed to make sure that smaller businesses, which are looking to make the transition from plastic to more sustainable options, are not disadvantaged by cost. By buying in bulk and making the switchover together, businesses can make a speedy, more affordable transition.

‘People have been horrified by the images on our televisions showing just how polluted our oceans and rivers have become through plastic waste. But this isn’t just happening on the other side of the world. Last week we heard the difficult news that Greater Manchester’s rivers were some of the most polluted. It’s clear that we cannot just carry on as usual – the time has come for action.’

As well as straws, local cafés, hotels and restaurants are also being encouraged to ditch single-portion pats of plastic-wrapped butter and jams in plastic pots. Single-use coffee cups and water bottles will also be targeted.

And it’s not just the hospitality sector that’s getting involved. BBC North has put an end to single-use plastics in its canteen and coffee shops, and the Co-op has, amongst a range of other measures, changed its pizza packaging to prevent 200 tonnes of polystyrene boards going to landfill.

‘Reducing the use of plastics across the GG Hospitality portfolio is a key priority for us. We have already removed plastic straws from our businesses, including Hotel Football, all three Cafe Football sites and GG Events and Catering. We’re pleased to add our support to the Plastic-Free Greater Manchester Campaign and respond to the Mayor’s challenge of making Greater Manchester one of the greenest city-regions in Europe.

‘This step is just the start however, we are committed to continually help reduce the impact of plastic packaging on the environment and pledge to decrease our plastic use even further.’

The campaign was launched at Greater Manchester’s inaugural Green Summit. The summit brought local people, academics, climate change experts and business leaders together to pave the way forward for making Greater Manchester one of the leading green cities in Europe.

At the summit, the Mayor and local leaders also set out an ambition to bring Greater Manchester’s carbon neutrality target forward by at least a decade from 2050. To help achieve this, proposals put forward at the summit included an emissions-free bus fleet, doubling the provision of charging points for electric vehicles and building zero carbon homes.