Ready for the ride? 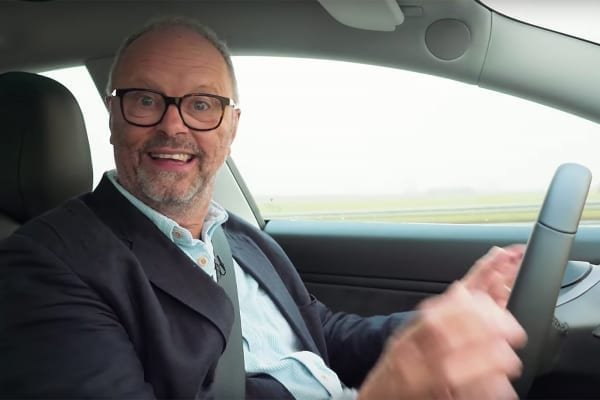 Can you imagine a future where you buy a car online, unseen?

An electric car (EV) that you lease, but on a contract that lets you switch cars regularly, and incorporates insurance, breakdown cover, wear and tear, service and repair, charging and road tax? Because this service already exists in the UK, and is just one example of how the electric car is set to unleash a quiet revolution.

If you ask anyone who drives an EV about its benefits, you might struggle to shut them up. Such is the step change that people experience. EVs are quicker, quieter and smoother; ‘fuelling up’ is a fraction of the cost and you wake up with a full tank. The positives really add up. What’s less understood is the significant changes that will come with them.

If you think the smartphone had a huge ripple effect on our lives, I would wager that smarter cars will have an even more profound impact.

Whisper it quietly, but the garages where we have traditionally ‘kicked the tyres’ and later paid to have them (and our bank balances) realigned are facing an existential threat.

The EV isn’t solely responsible for this, of course; consumer habits are changing, and younger buyers in particular are significantly more likely to lease a car online and have it delivered to their house. But if this trend isn’t threat enough, the arrival of electric cars will only accelerate their demise.

These businesses rely on highly profitable after-sale services, like maintenance and repair. But while a conventional combustion engine is inherently complex, EVs have a fraction of the parts that can become faulty.

Typically, the only time an EV driver needs to see a mechanic is when the tyres need changing. What’s more, EVs are in effect ‘smartphones on wheels’; any problems can be detected remotely and a repair ‘operative’ can come to you.

‘Over-the-air’ updates also effectively mean that your car improves over time. Add to this that there are now early electric vehicles (and their battery packs), such as the Tesla Model S, that are routinely racking up 400-600,000 miles and you can see that the ramifications for the car industry are very serious.

The world’s number one clean energy and electric vehicle channel receives around 5m monthly YouTube views and is growing at an astonishing rate.

Launched by actor, presenter and writer Robert Llewellyn (Red Dwarf, Scrapheap Challenge) nine years ago, Fully Charged is a fun, informative series that covers an array of renewable technologies and electric vehicles from scooters to ships, as well as all the latest electric cars that are coming to market.

With more than 450 free episodes on YouTube, weekly podcasts, a website packed with news, views and reviews and an award-winning exhibition, Fully Charged is the destination for everything electric.

While in its early stages, Vehicle-to-Grid (V2G) could have a huge effect on the energy system, giving us a ‘battery on wheels’ that can act as a renewable storage device and provide an array of grid-strengthening services, including providing a back-up power source for your home.

Electric cars are also expected to usher in an era of more connected, shared and autonomous transport. This future is not as far-flung as you might imagine; Elon Musk, the entrepreneur behind the staggering rise of Tesla, is predicting there will be a million ‘robo-taxis’ on the road by 2020.

While this timeline sounds optimistic, Tesla has confounded the critics time and time again; from a standing start a decade ago it will manufacture more than 500,000 electric cars in 2020.
So hold tight: the electric vehicle revolution is only just beginning – and it’s going to be one hell of a ride!