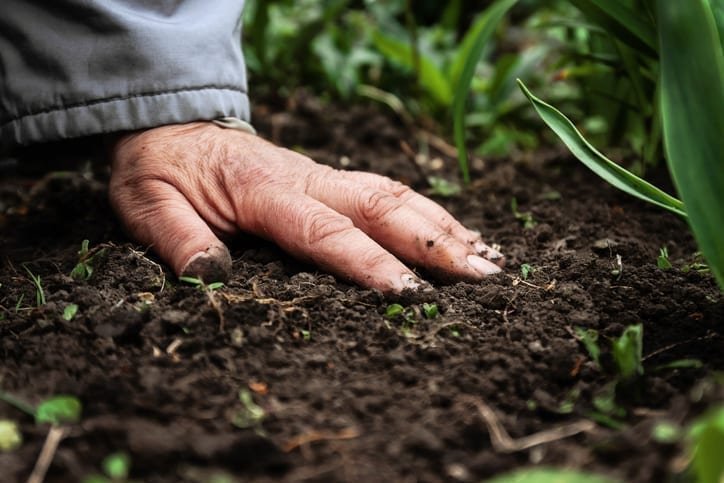 It’s time to reassess our approach to the earth under our feet, says CPRE

A new report, published this week (03 December) by the Campaign to Protect Rural England (CPRE), calls for a radical rethink of farming practices and soil management in order to help regenerate the soils that underpin our supply of food and environment. It sets out practical ways to restore soil and new approaches to policy.

Soil provides many benefits to the health of humans as well as our landscapes and wider environment. As well as being fundamental to the production of food, it filters and stores excess water in the ground and absorbs carbon dioxide from the atmosphere, making it critical in the fight against climate breakdown.

However, CPRE points out that a combination of industrial farming practices, poor land management and damage from development have created a perfect storm that has resulted in dangerous levels of soil erosion, compaction and a loss of soil’s fertility – this degradation of soil costs around £1.2 billion a year, in England and Wales alone.

The report highlights that common farming techniques, such as inversion ploughing, as well as overgrazing and compaction from heavy machinery, has led to almost 3 million tonnes of topsoil being eroded every year across the UK.

These forms of soil degradation have left an area of farmland the size of Yorkshire at risk of further erosion – more than a third of all of the UK’s arable land.

Damage from development is also a major threat to health of England’s soils, says the report. Based on current annual rates of land lost to development, CPRE warns that 1,580km2 of farmland – an area the size of Greater London – will be lost within a decade.

In addition to killing soil by sealing it with concrete or tarmac, development projects also excavate tens of millions of tonnes of soil every year, much of which is treated as waste.

The most recent data highlighted in the report show that in 2014, in the UK, more than 20 million tonnes of soil was sent to landfill – equivalent to the weight of more than 400 Titanics – and that almost half (45%) of all ‘waste’ buried in the same year was soil.

CPRE warns that, in order to address climate change effectively and limit global temperature rises to 1.5°C in the timeframes set out by the Intergovernmental Panel on Climate Change (IPCC), urgent action is needed to halt the degradation and loss of our soils.

‘Soil must be seen as a fundamental asset for delivering productive farming and a healthy countryside. For far too long we have been ignoring the fragility of such a precious commodity. Only now is the government starting address the damage decades of neglect has caused.

‘Ensuring our soils are healthy is crucial if we are to effectively tackle climate change – or mitigate its worst effects. New agriculture policy must promote measures that support farmers to sustainably manage, protect and regenerate soils, and drive carbon from the atmosphere back into the ground.’

In the UK, soil stores roughly 10 billion tonnes of carbon – the equivalent of 70 years of annual UK greenhouse gas emissions. However, degradation has led to most arable soils having already lost 40-60% of their organic carbon. Preventing the loss of greenhouse gases from soils and rebuilding their carbon stores means that better farming and land use will be crucial in our attempt to limit the worst effects of climate change.

If properly managed, soils could help to reduce the flooding and erosion that more frequent extreme weather could bring. However, if continued to be managed badly, soils will lack the resilience to cope with storms or drought, CPRE fears.

The report sets out five innovative, practical solutions that would reduce the degradation and loss of soil, and help to regenerate them through sustainable management. The first four relate to farming practices and the last to how policy might reduce damage to soils from development.

Soil-sensitive farming such as conservation agriculture, agroforestry, pasture-based livestock farming and farming on rewetted peatlands, if scaled up, would help the government reach its emissions targets by locking in carbon, as well as helping to combat the effects of climate change, improve water quality and restore the health of the natural environment.