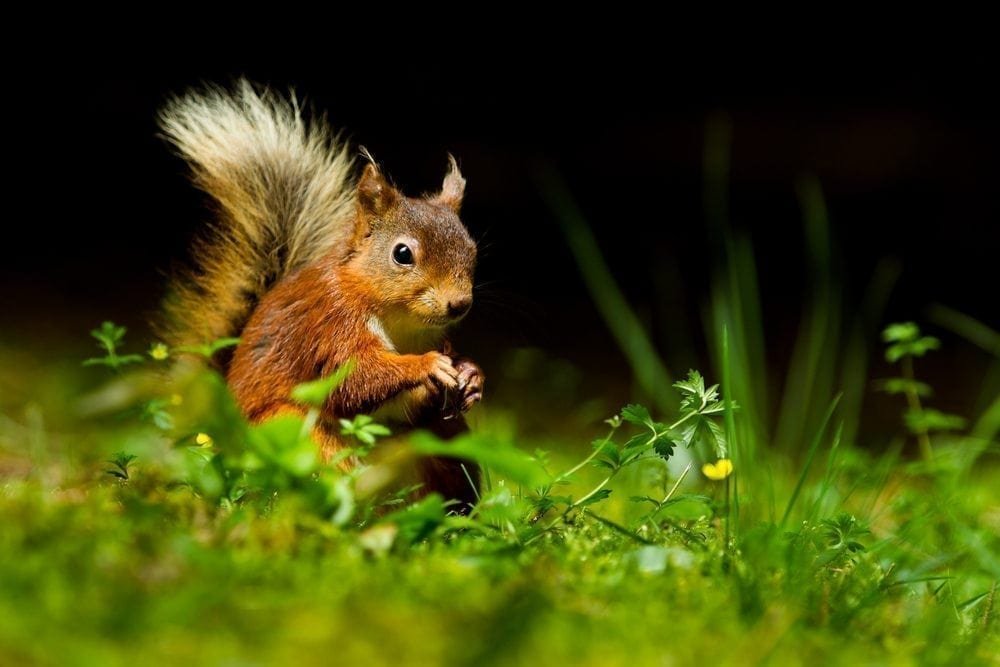 Rewilding Britain, the first organisation of its kind in Britain, is hoping to bring back missing species, allow native forests to grow once more on the hills, let rivers run wild and help parts of the sea recover from industrial fishing.

The aim is to rewind Britain in order to restore species that used to live here but have since become extinct or very rare. These include beavers, wild boar, bison, cranes, pelicans, sturgeon, bluefin tuna, lynx and eventually wolves, grey whales, humpbacks and sperm whales.

At least three core areas of rewilded land will be established by 2030, each covering at least 100,000 hectares.

‘An important part of our work will be to inspire and inform, and build a wider movement for rewilding. Rewilding projects on the ground will be locally owned and locally run. Our new website features a selection of fantastic rewilding projects that are already up and running across Britain.

‘We hope we can gather a groundswell of support. We want to amplify the message that some pioneers have been putting out for decades, and attract new support. Rewilding is really for everyone who cares about our future. Our ecosystems need us.’

Rewilding Britain was inspired by the success of George Monbiot’s book Feral: rewilding the land, sea and human life, which tapped into a previously unnoticed public desire for change.

Subsequent excitement about the prospects of returning beaver and lynx reinforced the belief that many people would like Britain to become a wilder place.

‘The overwhelmingly positive response to Feral was quite unexpected. It seems the book put into words what many people were thinking and longing for. I am thrilled that it has led to the formation of Rewilding Britain.

‘The changes we’re calling for would be considered unexceptional almost anywhere else in Europe, where in many countries populations of beavers, boar, lynx and wolves are already recovering rapidly. So far the public appetite for change here has had few outlets. We want to change that, and to restore the living world and our relationship with it.’

Click here to find out more about the Rewinding Britain project.