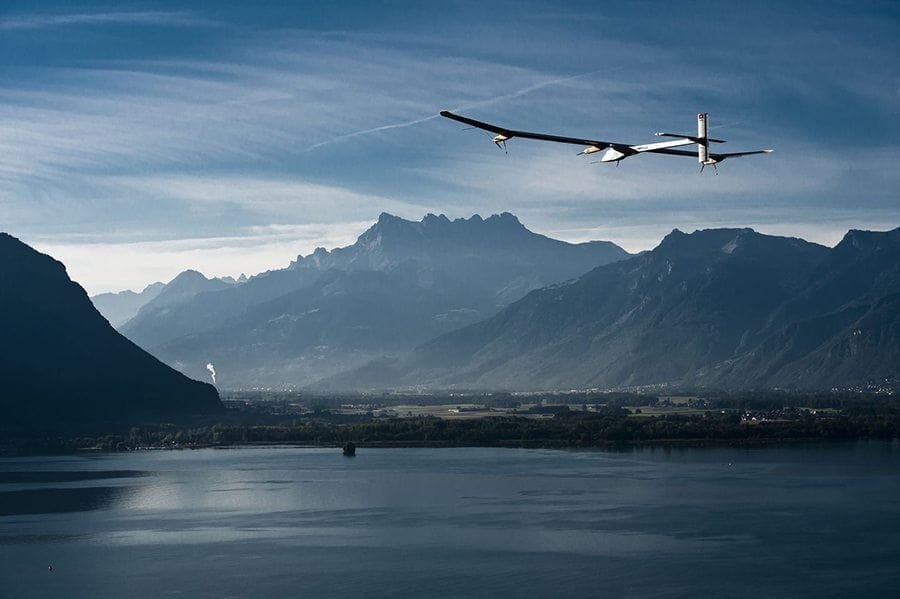 Yesterday at 3:03 am local time, Swiss Pilot André Borschberg took off in the single seater aircraft from Nagoya, Japan, to Hawaii, in what will be the longest exploration leg of the Solar Impulse’s round-the-world mission.

This flight is demanding and challenging particularly given its duration: 120 hours on solar power only. It is a feat never accomplished before in the world of aviation.

Round the world on solar power

The first 10 hours of flight were difficult for the team, who had to solve technical problems before giving the final go to head for Hawaii when Solar Impulse was already off the coast of Japan.

This is a second attempt after diverting the first time round to Nagoya, following a take off from Nanjing, China. This flight will be demanding and challenging – particularly given its duration and the fact that no immediate landing is possible. It will be a feat never accomplished before in the world of aviation.

‘An airplane flying day and night without fuel is more than a spectacular milestone in aviation, it’s the living proof that clean technologies and renewable energies can achieve incredible feats; and that all these energy efficient technologies should now be used globally in order to have a cleaner world. Solar Impulse is the result of years of innovation from our partners and the hard work of our engineering team led by André.’

The attempt to reach Hawaii from Japan will represent a real life test of endurance for the pilot while at the same time pushing the limits of the solar-powered airplane to new levels. A successful arrival in Hawaii will prove that the impossible is achievable.

‘The real moment of truth still lies ahead. We are now at the point in the Round-the-World Solar Flight where everything comes together, the engineers who worked on the airplane for the last 12 years, the Mission Control Center who will have to predict weather and guide the airplane through good conditions, and Bertrand who had this vision 16 years ago of an airplane flying for days without fuel to change our mindset regarding the potential of clean technologies and renewable energies’

André will venture into the unknown and demonstrate his courage by adapting to extreme circumstances. As well as dealing with the practical issues around living in a 3.8m3 cockpit, André must also maintain confidence that the energy collected from the sun throughout the day will be enough to power the plane through the night.

André will sleep only for 20 minutes at a time and will use yoga and meditation to keep his body energy and mindset functioning well.

Bertrand Piccard, who will pilot the airplane from Hawaii to Phoenix, will complete the crossing of the Pacific.

As well as continuing to demonstrate the credibility of the vision of Solar Impulse, the flight will help to raise millions of voices from individuals and governments to replace old polluting devices with new clean technologies that are more energy efficient.

Bertrand and André have created a web platform FutureIsClean, in order to enable concerned citizens a mechanism to input into the upcoming COP 21 negotiations in Paris.

Click here to follow the progress of Si2’s round-the-world solar flight and to read updates on the mission.