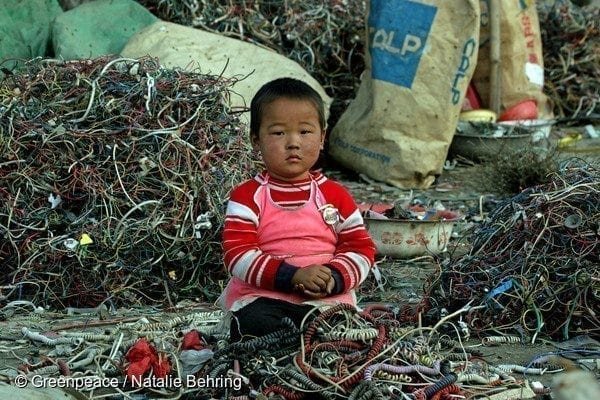 Fairphone, Dell and HP are the only companies that make spare parts and repair manuals available to the public, while products from brands such as Apple, Samsung and Microsoft are among the most difficult to repair and upgrade, according to Greenpeace’s latest IT product guide.

LG was once a leader in designing products to last, but its most recent smartphone has several design issues that affect its repairability.

Greenpeace East Asia, in partnership with iFixit, assessed over 40 best-selling smartphones, tablets and laptops launched between 2015 and 2017. Seventeen IT brands were represented in the study.

The assessment is based on iFixit’s repairability score, which considers the time required to repair the product, the device’s upgradability and modularity and the availability of spare parts and repair manuals.

‘Of all the models assessed, we found a few best-in-class products, which demonstrate that designing for repairability is possible. On the other hand, a number of products from Apple, Samsung and Microsoft are increasingly being designed in ways that make it difficult for users to fix, which shortens the lifespan of these devices and adds to growing stockpiles of e-waste.’

The product guide reveals a trend of moving away from repairability. Design complexity, combined with the practice of soldering or gluing separate pieces together, makes repairs time-consuming. Samsung and LG’s smartphones and Apple’s laptops have become increasingly less repairable.

Nearly 70% of all devices tested had batteries that were impossible or difficult to replace due to design decisions and the use of strong adhesives to fix the battery to the casing. Samsung’s Galaxy S8 smartphone and Apple’s Retina MacBook demonstrate this bad practice, with batteries thoroughly adhered to the device panels.

While the Note7 was not considered in this analysis, Samsung might have been able to avoid recalling millions of devices if the phone’s design had enabled easy battery removal.

‘Improving the repairability of electronic products is technically achievable and brands should be prioritising this in their product design. As a first step, it’s critical that all brands follow in the footsteps of Dell, Fairphone and HP and make repair manuals and spare parts publicly available.’

To discourage user repair, non-standard tools are increasingly required for working with proprietary screws and other parts. Apple’s iPhone, Oppo’s R9m and Huawei’s P9 are just some of the devices that require special tools to conduct repairs.

Very few electronics manufacturers provide users with information about how to fix their products. Out of the 17 brands represented in the survey, only three – Dell, Fairphone and HP – provide all spare parts and repair manuals.

‘Electronics take a massive amount of energy, human effort, and natural resources to make. And yet, manufacturers produce billions more of them every year – while consumers keep them for just a few years before tossing them away. E-waste is one of the fastest growing waste streams in the world. We should be able to make electronics a more sustainable part of our lives.’

Greenpeace is calling on the IT sector to design products that can be more easily repaired or upgraded and offer adequate post-sale support. This could be done by making repairing accessible and affordable, making spare parts, particularly batteries, displays and other components with high failure rates available to customers for at least seven years and by promoting standards and laws that encourage product repair.

Click here to view the scorecards for the brands involved.