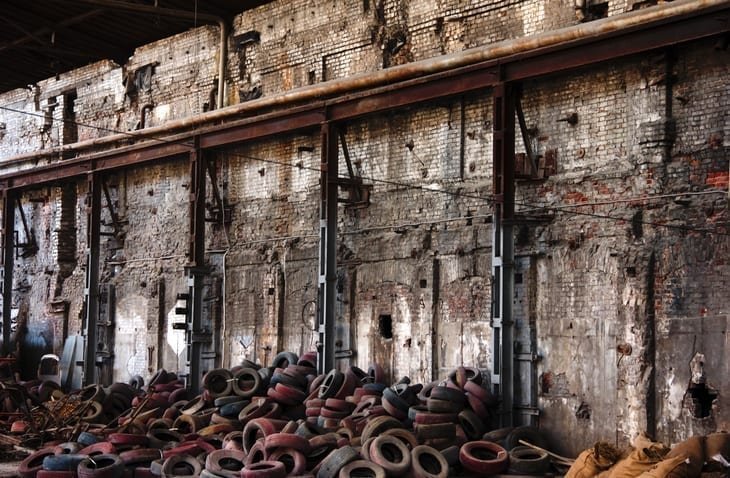 1m new homes could be built on derelict and vacant land, transforming towns and cities

A new analysis of councils’ Brownfield Land Registers, published today (25 March) by the Campaign to Protect Rural England (CPRE), demonstrates the huge potential that building on derelict and vacant land has for the regeneration of towns and cities, as well as the provision of new homes.

The analysis highlights that there is space on suitable ‘brownfield land’ – land that has previously been built on, and now sits derelict or vacant – to accommodate more than one million new homes. Two-thirds are ‘shovel ready’ and could make an immediate contribution to meeting housing need, as they have been confirmed as being deliverable within five years.

Prioritising this land, which councils have shown is ready and waiting to be redeveloped, would not only help to transform run-down areas, and provide more homes, but also prevent the unnecessary loss of precious countryside and green spaces for housing.

As well as providing an opportunity to deliver the homes we need now, the countryside charity highlights the potential for brownfield land to continue providing a steady pipeline of housing, as more than 120,000 of the potential new homes have been added to the registers in the past year alone.

Making the best use of space

Despite this demonstrable success of Brownfield Land Registers, CPRE fears that the definition of ‘previously developed land’ given in the registers’ regulations means that a large number of sites are currently being missed, and the full potential of the registers to bring forward as much suitable brownfield land for housing as possible is not being met.

It also highlights that housing density assumptions for the land identified is low. By increasing the density of housing built on brownfield land, councils will be able to make best use of the space available and deliver more homes.

Recent research by CPRE London in the Borough of Enfield found space for at least 37,000 homes on a wide range of types of brownfield land. This is compared with just 2,170 homes identified on Enfield’s most recently published register in December 2017.

‘Building on brownfield land presents a fantastic opportunity to simultaneously remove local eyesores and breathe new life into areas crying out for regeneration. It will help to limit the amount of countryside lost to development, and build more homes in areas where people want to live, with infrastructure, amenities and services already in place.

‘Councils have worked hard to identify space suitable for more than one million new homes. But until we have a brownfield first approach to development, and all types of previously developed land are considered, a large number of sites that could be transformed into desperately needed new homes will continue to be overlooked. The government, local councils and house builders must work hard to bring these sites forward for development and get building.’

Many areas across England with high housing need also have a large amount of brownfield land ready for redevelopment. London, Manchester, Birmingham, Leeds and Sheffield have identified land available for regeneration that would provide almost half a million homes.

In order to make the best use of suitable brownfield land, CPRE is urging the government to introduce a genuine ‘brownfield first’ policy, which ensures that suitable previously developed or under-used land is prioritised for redevelopment over green spaces and countryside.

The charity says clearer definitions and guidelines must be given so that the registers act as a true pipeline, identifying all possible brownfield sites and recording their suitability for uses other than housing, including uses that protect the biodiversity or heritage value of sites where applicable.

Click here for more about the legal loophole developers use to dodge building affordable homes across the countryside.