The Car of the Year 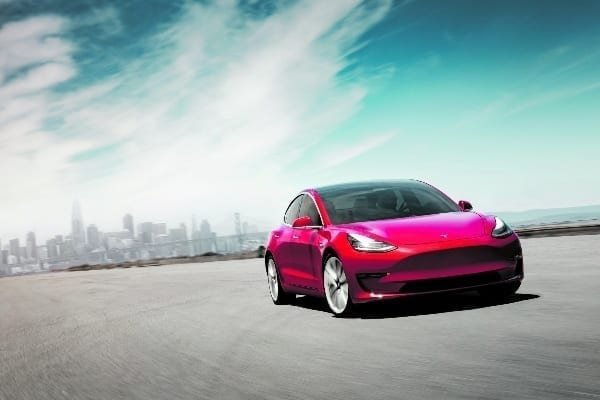 The new Tesla Model 3 has picked up four awards, including Car of the Year, in a string of major industry accolades for the new electric model.

Tesla’s smallest and cheapest car was the UK’s third best-selling model in August – the first time an electric vehicle (EV) has made the top 10 best sellers.

The battery-powered saloon is proving to be a critical success for Elon Musk’s company, scooping prizes for Best Electric Car and Best Company Car, along with the Safety Award and overall Car of the Year top prize at the Parkers New Car Awards 2020.

Experts at Parkers, the UK’s biggest new car buying and advice website, were impressed with the Model 3, calling it ‘capable, likeable and extremely good to drive.’

The cheapest Tesla Model 3 costs under £400 per month on finance and range anxiety will soon be a thing of the past: it can drive up to 335 miles on one charge.

According to Parkers’ new miles per pound metric, the entry-level Model 3 will travel 32 miles for every £1 of electricity – three times as far as a petrol or diesel equivalent.

‘Although we’re a long way from the end of days for petrol and diesel, it’s good to know that the forward-thinking among us have a choice of some very talented alternatively-powered cars.

‘The Tesla Model 3 isn’t just a good electric car. It is a good car full stop.

‘Not only do attractive leases make it cheaper to run than you would think, it is environmentally-friendly and also very fast and fun to drive.

‘It is the first time an electric car has been named Parkers’ Car of the Year, but with all the big manufacturers spending billions on developing exciting EVs, it is unlikely to be the last.’

Click here to read our article about the Tesla Model 3.